Half-Hour For Haiti: US Funding of Labor Organizations in Haiti, Venezuela and Iraq

In April, as the first flowers of spring were making the end of a Boston winter, so in Haiti real justice was poking up to mark the end of another dictatorship.� Three political prisoners were released to their families just in time to celebrate Easter, and another was sent home a week later.� But just as a sunny April day can turn cold and wet, the very decision that released many of the political prisoners kept others in jail, even though there was no evidence against them either.

Welcome to everyone who has recently joined the Half-Hour for Haiti list! 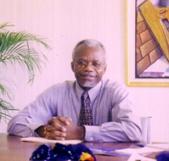 Update: This week we do not have any political prisoner releases to celebrate. It is especially disappointing that Annette Auguste, �So Ann,� remains in jail, because tonight marks the 2nd anniversary of her illegal arrest. This week the Gonaives Court of Appeals is hearing the appeal �in the La Scierie case, for which Yvon Neptune and others have been jailed for almost two years.� The charges against Mr. Neptune and his codefendants are devoid of legal and factual merit- the UN Human Rights Department in Haiti called them a �flagrant violation of the Constitution.� The Appeals Court has delayed hearing the appeal for 8 months, but if the judges follow the recent trend of their colleagues in dismissing political cases, we will have good news soon.

On Sunday, May 14, elected President Rene Preval is scheduled to take the oath of office. 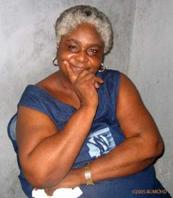 The Fourth Session of the International Tribunal for Haiti will take place in Montreal on May 27. A video of the April 20 �Haiti at the Crossroads� Symposium at Hastings College of Law in San Francisco (including comments by Lovinsky Pierre-Antoine and IJDH�s Brian Concannon) is available at http://video.google.com/videosearch?q=haiti. On May 3, AUMOHD held a press conference in Cite Soleil with over 200 MINUSTAH Victims to Call for Reparations and Justice.

This week�s action: It is important for the Haiti solidarity movement to support larger campaigns that address injustices simultaneously in Haiti and in other countries.� As Haiti returns to democracy, it is particularly important for us to watch out for our tax dollars going to �development assistance� that is actually used to undermine Haiti�s elected government. There is a long history, in Haiti and elsewhere, of wealthy countries financing labor organizations that undermine progressive governments and otherwise act contrary to the expressed wishes of workers (for an analysis of U.S. Government links to one Haitian organization, Batay Ouvriye, and the organization�s response, see Batay Ouvriye’s Smoking Gun on Z-Net).

The Worker to Worker Solidarity Committee has issued an open sign-on letter to the AFL-CIO, asking the union to end the long-term collaboration between its American Center for International Labor Solidarity (ACILS) and the Bush Administration, and criticizing ACILS� activities in Venezuela, Haiti and Iraq. To sign the letter, go to http://www.petitiononline.com/AFLNED06/.� The full text is below:

AN OPEN LETTER TO THE AFL-CIO

As workers, we know that the only way for us to protect our interests in this age of corporate globalization and US Empire is to stand together in solidarity, across national boundaries.

It troubles us greatly to know that the AFL-CIO, the largest organization representing US workers, has been associated with anti-worker and anti-democratic activities abroad. This has included a history of partnerships with the CIA and State Department in attacking labor groups, and collaborating with dictatorships or supporting the overthrow of elected governments. Two of the best known of these labor�US government interventions led to the overthrow of the Salvador Allende government in Chile in 1973, and the unsuccessful Venezuela coup in 2002.

Today, the AFL-CIO’s Solidarity Center is one of four core institutes of the National Endowment for Democracy, partnering with the International Republican Institute, the National Democratic Institute, and the Center for International Private Enterprise (Chambers of Commerce). The Solidarity Center is more than 90 per cent funded by the federal government. Most of its funding is from the State Department (via the NED and USAID) and the Department of Labor.

Whatever genuine solidarity work the Solidarity Center has done�and it has done some�it does not give it license to advance corporate interests as an arm of US foreign policy by sponsoring politically aligned labor organizations against progressive trade unionists and popular governments.

In Venezuela, the Solidarity Center worked with and funded what it called the “flagship organizations” behind illegal, company-initiated lockouts of oil workers and the failed coup against the democratically elected government of Hugo Chavez.

In Haiti, the Solidarity Center has only supported a labor organization that agitated for the ousting of the democratically elected government of Jean-Bertrand Aristide, while failing to act against or condemn the massive persecution of pro-Lavalas, pro-Aristide, public sector trade unionists since the 2004 coup. Furthermore, the Solidarity Center’s partner in the NED, in line with the Bush Agenda, is the International Republican Institute, which funded, prepared and trained the perpetrators of the coup.

In Iraq, where 50 per cent of NED funding is now directed, the Solidarity Center plays an active role backing a US occupation despised by Iraqi workers. It recognizes only one of several union centers. That federation is the only center participating in the government empowered by the Bush Administration, and the only one to state support for the occupation. Choosing to support one union over others violates the AFL-CIO’s own primary principle recognizing the rights of workers to choose who will represent them. That principle is called “Freedom of Association.”

These activities are carried out in the name of AFL-CIO rank and file, and are paid for with tax dollars. Whether we are in the AFL-CIO or not, as workers we feel that the AFL-CIO, is OUR organization. It is outrageous that the AFL-CIO accepts funding and backing for its so-called “Solidarity Center” from the Bush Administration or from any administration whose agenda sells out the interests of workers for the sake of corporate interests and political power. We all know that the Bush Administration does not give one dime to any group that does not advance its anti-worker agenda at home and abroad.

The AFL-CIO should never use our credibility as workers to undermine the struggles of workers abroad � to serve as a government weapon for Corporate America. The struggles of workers abroad to improve their conditions are part of our own struggle in the US for a better future. It is totally unacceptable that Solidarity Center activities are done behind the backs of US workers, without any honest reporting and with closed books. It is unaccountable to AFL-CIO unions and certainly to the rank and file. It does not report finances in the manner demanded, by law, of every local union.

We are affronted by the anti-democratic measures that were used by top-level AFL-CIO leaders to prevent a full and honest floor discussion at the 2005 AFL-CIO National Convention in Chicago of the “Build Unity and Trust With Workers Worldwide” resolution. That resolution to account for and end foreign activities tied to government agencies was submitted with unanimous approval by the 2004 Convention of the California State AFL-CIO, representing 2.4 million workers. We cannot accept this distortion of trade union democracy that enables top-level AFL-CIO officials to make deals with the Bush Administration (or any other) to intervene against the will of workers abroad and the sovereignty of nations.

Therefore, in accord with the unanimous vote in the California Labor Federation, we join the call for:

2) The AFL-CI O to open its books about all projects, past, present, and future, undertaken by the Solidarity Center and predecessor groups that carried out AFL-CIO foreign operations. These would include, but not be limited to, operations that preceded the coup against Salvador Allende in Chile in 1973, the attempted coup against Hugo Chavez in Venezuela in 2002, operations in Haiti leading up to and following the coup, and current activities in and/or related to Iraq. We want detailed reports on a country-by-country basis wherever the Solidarity Center is active�and an immediate termination of any operations that are not specifically intended to help workers in that country.