HIP – It has been five months since the abduction and disappearance of psychologist and human rights activist Lovinsky Pierre-Antoine in Haiti. Since then, little has been said by Haitian authorities concerning the status of the investigation into his disappearance.

The Haiti Information Project respectfully reprints this plea from Mr. Pierre-Antoine’s wife originally written on November 28 and addressed to the Haitian Minister of Justice Rene Magloire. To our knowledge, Mrs. Pierre-Antoine has yet to receive the courtesy of a response.

To: Mr. Ren� Magloire Office of the Minister of Justice 19, Avenue Charles Summer Port-au-Prince, Haiti In its offices

Today, November 28, 2007, my spouse, Lovinsky Pierre-Antoine will start his 116th day of captivity at the hands of his abductors. Powerless, but firm in the hope of his liberation, I cry out in distress by his two children, members of his family and by his numerous friends’ side.

* What is the recapitulation of the concrete actions conducted by the Haitian authorities regarding the liberation of my husband? * Which results and which conclusions did the investigations allow you to reach? * Finally, what is the status of the investigation after 116 days of captivity?

I insistently ask you, as Minister of Justice, to consider the strictly humanitarian aspects of this problem that should superseed all political considerations. Today, I end up alone with my two children, surrounded by a smokescreen marked by the total absence of information on my husband’s fate. I am forced to calli upon your authority to clarify this disturbing situation.

In fact, my children and I do not know what to think. Total silence on the abductors’ side. Complete wall of silence on the side of the authorities. The situation seems blocked on all fronts. Days and months go by without anyone, to the exception of the members of Lovinsky’s family and his friends, seeming to be the least concerned with the fate that awaits him. A situation so much more painful for the children who find themselves, unexpectedly, deprived of their father. A situation that leaves a huge void in their lives. A situation that plunged them in to alarming and, maybe, irreversible consequences: sleep loss, memory problems, anxiety, lack of appetite, etc. In other words, a situation that compounds all the ingredients likely to lead to troubled lives for those undergoing such ordeal.

My request to you, Mr. Minister, is simple and direct:

To be updated on the course of action and progress achieved by your ministry and Haitian authorities within the framework of deployed efforts towards the release of my husband. The elaboration of a modus operandi around the problem amidst my family depends on your response.

If LOVINSKY PIERRE-ANTOINE is deprived of his right to freedom due to his abductors, may not the Haitian authorities, respectively, deprive the members of his family and his friends of the Right to information.

And as always, I remain totally accessible, would you need to reach me.

While awaiting a clear response to my request, please receive, Mr. Minister, the expression of my highest consideration. 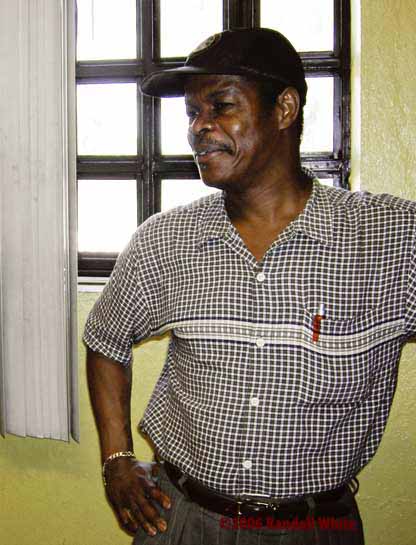