Half-Hour for Haiti: We Can Do Better for Haiti’s Earthquake Victims

As the proverb goes, à quelque chose malheur est bon, or every cloud has a silver lining. Now that the world has finally woken to the call of Haiti’s suffering, we are using this opportunity to have our voices heard.

Over the last two weeks, we met with several members of Congress and top Administration officials to highlight the second impending humanitarian disaster as the rainy season looms and relief efforts fail to reach those in need, urge for accountability and transparency in aid distribution as millions in donations remain unallocated, and advocate for broader humanitarian parole for the most compelling cases. We also testified before the Inter-American Commission on Human Rights imploring donor states in the Americas to respect human rights when providing assistance to Haiti, spoke about a path forward for Haiti at a forum organized by the Congressional Black Caucus, and participated in an NGO consultation hosted by the UN Office of the Special Envoy, InterAction and the European Union in preparation for the March 31 international donor conference in New York.

As we turn our attention to pressing needs on the ground, including formulating a legal response to the alarming incidence of rape and gender-based violence in the camps, we will continue to apply pressure among powerful actors in the international community and work to ensure that justice and human rights in Haiti stay at the forefront.

We Can Do Better for Haiti’s Earthquake Victims

The world responded generously to Haiti’s earthquake, immediately donating over $2.5 billion, with another $1.2 billion pledged, even before the March 31 UN Donor’s Conference. This works out to over $1,000 per earthquake victim. But over two months later, hundreds of thousands of Haiti’s earthquake victims live without waterproof shelter, eat once a day or less, and do not receive adequate medical care.

As of March 24, the UN estimates that over 330,000 people needing shelter had not received any shelter materials. For over 75% of the Internally Displaced Persons (IDPs) who do receive help, “shelter materials” means tarps, not waterproof tents; Nearly half of the respondents in a late February survey of IDP camps reported having received no food aid (Neglect in the Encampments: Haiti’s Second Wave Humanitarian Disaster, Mar. 23, 2010); and Earthquake victims complain that they have not been consulted regarding earthquake response planning or execution.

For a compelling video showing conditions in the IDP camps, click here.

The governments and NGOs entrusted with the world’s generosity need to respond more efficiently and effectively to Haiti’s earthquake. This means better coordination among aid providers, more transparency about where and how they are spending our money, and more participation of earthquake victims in the planning and execution of earthquake response projects.

Please sign the change.org petition below by clicking here to let those who have received your charitable contributions and tax money know that you still care enough about Haiti to watch where your money is going.

I sign this petition to express my great concern that ten weeks after Haiti’s earthquake, and despite over $2.5 billion generously donated to Haiti’s relief efforts (over $1,000/earthquake victim), too many earthquake survivors live without basic shelter, food and healthcare.

Although I appreciate the heroic efforts that many individuals and organizations have made to respond to the earthquake, it is simply unacceptable that over 330,000 – over a quarter of the displaced in Port-au-Prince – have not received shelter materials, and over half report not receiving food aid. Earthquake victims report that they are not consulted by relief agencies, or involved in the distribution of aid.

As a donor and a taxpayer, I am insisting that the governments and NGOs entrusted with the world’s generosity respond more efficiently and effectively to Haiti’s earthquake. This means:

Thank you for your attention to this matter!

Special thank you to Laura Raymond and Audrey Bethel for conceiving of and hosting an Art Auction and Benefit for IJDH in Brooklyn on March 26. And, thank you to everyone who joined us. It was by far our most hip and fun event yet! 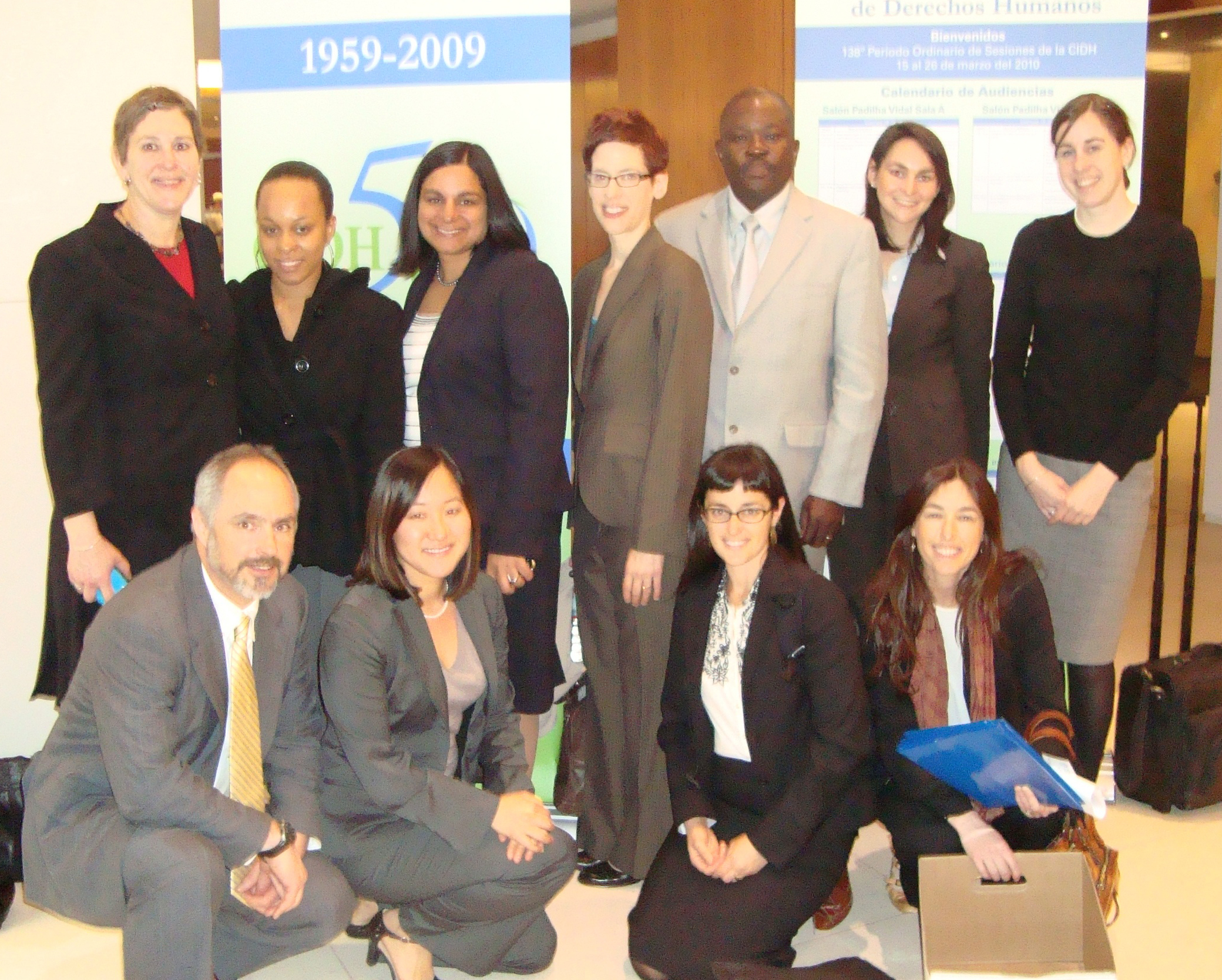 IJDH and BAI team up with the RFK Memorial Center, NYU Center for Human Rights and Global Justice and Partners in Health to call on donors to follow a human rights-based approach in giving assistance to Haiti. 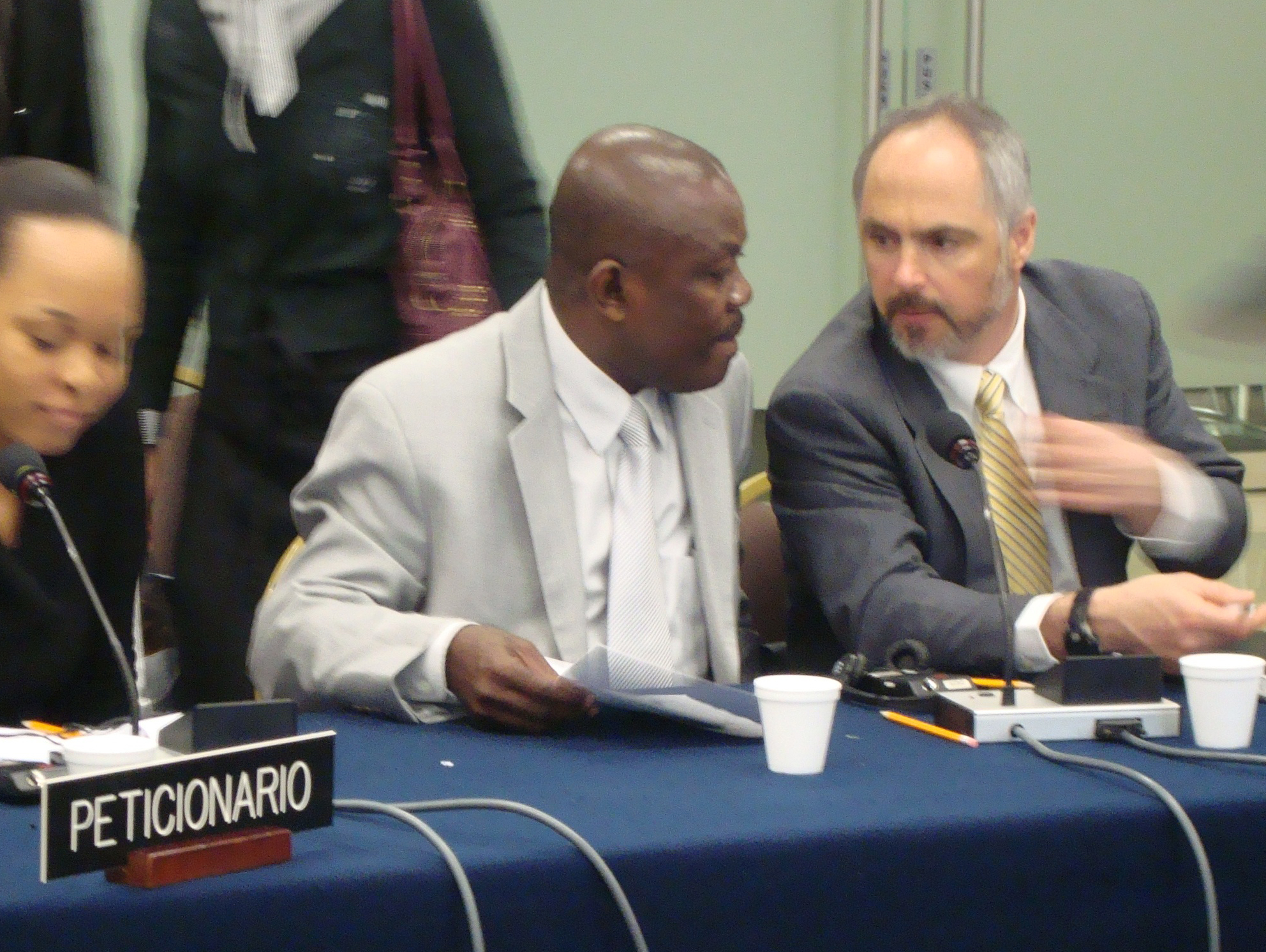 The BAI’s Mario Joseph testifies before the Inter-American Commission on Human Rights (IACHR) on March 23. 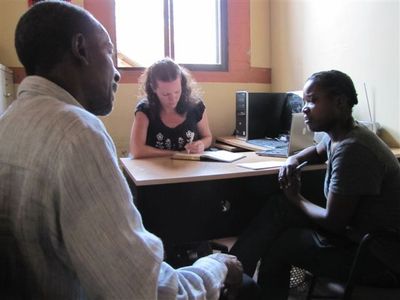 Attorney Jayne Fleming led a delegation to Haiti, coordinated through the Lawyers’ Earthquake Response Network (LERN), to interview potential candidates for humanitarian parole. Jayne is pictured here at the BAI office, the delegation’s base of operations.