Haitian President René Préval pleaded Wednesday for U.S. help plugging a multimillion-dollar budget gap caused by the Jan. 12 earthquake but said he got a cool reception from congressional leaders wary of handing over cash.

Préval, who arrived in Washington on Monday night, said that his government’s revenue plunged 80 percent after the earthquake and that the losses would blast a $350 million hole in Haiti’s budget this year.

“We are facing some urgency now. We are 1 million people living in the street,” Préval told reporters and editors at The Washington Post.

The earthquake was the worst natural disaster in the Western Hemisphere in decades, killing more than 230,000 people and destroying much of Port-au-Prince, Haiti’s capital and home to one-third of the country’s 9 million people. The U.S. government has pledged more than $700 million in disaster aid, part of a flood of international assistance.

Préval said little of that money has gone to his government. For years, the United States and many other donors have preferred to channel funds through the United Nations and other nongovernmental organizations, citing concerns about corruption and bureaucratic dysfunction.

Préval was in Washington to brief the Obama administration on the relief operation and Haiti’s needs. U.S. officials have been anxious to hear about his plans ahead of an international donors’ conference on March 31 that could be pivotal in launching the reconstruction of the impoverished nation. Congressional officials say they expect the White House to request up to $3 billion in a special package for Haiti’s rebuilding.

Préval appeared more focused Wednesday on short-term problems — providing shelter for those living in the ruins as Haiti’s rainy season approaches, and getting seed to farmers in time for spring planting.

“Our priorities are, first and foremost, . . . protection of those people who today are homeless and who must be relocated,” Préval said after meeting with President Obama at the White House. “And in parallel, we must prepare for the rainy season.” 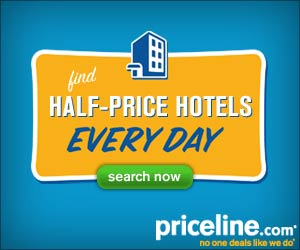 Préval identified two priorities for the broader task of rebuilding Haiti: encouraging people to move from the overcrowded capital by providing education, health care and jobs in the provinces; and setting up a donors’ trust fund to be overseen by an agency that would track the spending.

Scores of Haitian officials and international development experts have been hammering out an assessment of Haiti’s post-earthquake needs, expected in the next few days. But several U.S. officials said they had seen few specifics about the government’s ideas.

Cheryl Mills, chief of staff to Secretary of State Hillary Rodham Clinton, said in an interview this week that the U.S. government would look at the Haitian plan and pick several areas on which to concentrate, probably including agriculture, health, security and energy.

“In coordination with the government of Haiti and the donor community, we want to be able to focus our investments where we can have greatest impact,” said Mills, who is Clinton’s point person on Haiti.

Préval told The Post that U.S. legislators appeared reluctant to release funds to his government. “It is not in the habit of the U.S. Congress to give direct financial aid to other countries’ budgets,” he said.

“We must find a formula” to fill the gap, he said, such as U.S. support for a project rather than cash. Obama, he said, “understood very well. He’s going to support us.”

In a Rose Garden ceremony with Préval, Obama appeared sympathetic to the Haitian leader’s concerns about the impending rainy season. “The challenge now is to prevent a second disaster,” Obama said.

But a spokesman for the National Security Council, Ben Chang, declined to say whether the president supported providing cash to Haiti’s government. He said only that U.S. authorities have made it clear that “together with the rest of the international community, we are committed to working to help Haiti address both its short-term and long-term needs.”

Préval has repeatedly complained to U.S. officials about earthquake assistance bypassing his office. A recent staff report by the Senate Foreign Relations Committee said his frustration was “valid.” However, the report added, “it is not reasonable for him to define the solution to each problem as being resolved with just money. The GOH [government of Haiti] does not have anything approximating the capacity to address the problems and run the programs to address them.”

In his visit to The Post, Préval emphasized that he has taken measures to reduce the waste and fraud associated with past Haitian governments. His aides noted that progress on reining in corruption was one factor in the International Monetary Fund’s decision last year to forgive $1.2 billion of Haiti’s debt.