After Quake, Haitians With Dreams Look for an Exit 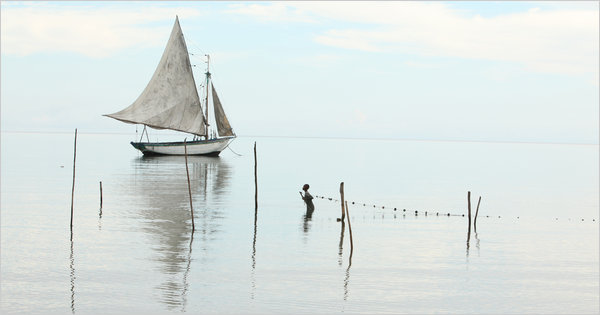 ANSE À GALETS, Haiti — Kesia Damas complains every day about losing her favorite teacher. Mr. B introduced her to drama, taught her art and inspired her to dream of a film career far more glamorous than this dusty village.

“He was always here, helping,” said Kesia, 17, as she rehearsed a play she wrote about anger and vengeance. “He pushed me.”

But the powerful earthquake of Jan. 12 did not take him, not directly at least. Mr. B and four other teachers at Kesia’s high school fled Haiti for other countries after the disaster shook their lives and fortunes. Even though their town here on the main island off Haiti’s coast was largely unaffected, they left for two simple reasons, according to neighbors: because they could, and because they felt they had no future in Haiti.

It is in some ways a classic tale. Haiti has been hemorrhaging people for decades, and after the earthquake, American officials expressed great concern that the catastrophe would set off an exodus. Above all, they feared a repeat of the early 1990s, when a coup knocked President Jean-Bertrand Aristide from power and 37,618 fleeing Haitians were stopped at sea by the United States Coast Guard in 1992 alone.

Nothing of the sort has happened yet. Coast Guard interdictions at sea have actually dropped so far this year, in what some Haitian leaders see as a hopeful sign.

And yet, school systems in South Florida have reported large increases in Haitian students since the quake — more than 2,000 young survivors — while here on the island of La Gonâve, one of the country’s most popular staging grounds for migrant departures, there are new and different signs of restlessness.

Many of the best and brightest have already gone, residents say, and early rumblings of a larger migration can be heard among the merchants by the water and in the chatter of anxious families all over town.

Before the earthquake, muscular, reserved men like Jean-Louis Elifaute, 49, would have been hesitant to talk about the smuggling system.

Now, Mr. Elifaute, 49, speaks freely of climbing aboard a small sailboat with seven other people only days after the earthquake and setting sail at midnight for Miami. Three days in, he said, the mast broke and the boat capsized. “It was night,” he said. “We were nervous.”

Mr. Elifaute said a small cargo ship coming from Florida picked up all the passengers and brought them back to Haiti. But like many others, Mr. Elifaute said he planned to try again; he had a large family to care for. “It’s not crazy,” he said. “This country is no good. I don’t have a life, so why not?”

In a group hovering by a mango seller, the urge to leave was no less profound. Marck Antoine Jean, 33, recalled packing into a boat with 300 people in late January, only to be returned by the Coast Guard. More than half of the 30 or so people by the vendor said they would leave if they had the $500 it costs for the slowest rides or the $10,000 for trips that go first to the Bahamas, then proceed to Florida by speedboat.

Nearly all were young, energetic and able-bodied. None seemed concerned about the destination. “I’d go anywhere, and I’d forget about Haiti,” said James Previlus, 22. “I’d never come back.”

Many have done just that, though a full picture of the exodus is hard to find. The Haitian government does not track such figures. The International Organization for Migration can point to only a few estimates: 20,000 Haitians crossed into the Dominican Republic immediately after the quake; 30 to 50 migrants were returned each week from the Bahamas as of mid-June, while 647 people had been sent back to Cap Haitien in the north by the United States Coast Guard.

But how many others are never tallied? At the Grâce L’Éternel, the main hotel here in Anse à Galets, Gay Raguel, 33, was running the business because the owner had gone to Guadeloupe. Mr. Raguel said he had seen and heard of dozens climbing into boats. “They didn’t even know where they were going,” he said. “Now they’re just gone.”

Many of those who departed from La Gonâve had only just arrived there. The island is swollen with those whom local residents call “escapees” — people who survived the earthquake in Port-au-Prince, then left for the countryside. Some are returning to live with relatives, but in many cases, they have brought traumatized friends with little connection to the island. Local residents complain that the escapees drink too much, and could never replace the loved ones who have fled.

Milfort Jean Damas, 24, Kesia’s cousin, said 10 of his closest friends had left, some for Venezuela, others for the United States. His best friend just disappeared one day, then called to say, “I don’t know when I’ll see you again, but God will bless you.”

The loss felt like a death. “The people who are gone,” Mr. Damas said, “if they don’t come back, the country is going to get worse.”

Tall, thin and thoughtful, he writes with Kesia, who appeared for her play later that night in pencil-tall heels and a black dress with a pink bow — a girl eager to play a woman. They and their friends speak often of their dreams. Mr. Damas would like to study diplomacy. Kesia hopes to learn film directing and start a school on La Gonâve to teach children how to tell their own stories.

Going to a university in Port-au-Prince now seems like a long shot. College students, including Kesia’s brother, James Ricardo Damas, 21, are back home, hanging around the house or in the dusty plaza by the church with an odd Mickey Mouse painted on the wall.

Kesia’s father, Rigard Damas, 58, a carpenter with a loud belly laugh, said he would like his children to be studying again. “My daughter, she’s a smart kid,” he said, referring to Kesia, the youngest of his nine children. “She needs smart people around her.”

A few weeks earlier, Kesia and her brother asked if they could go to Port-au-Prince. Mr. Damas winced. He was still angry at her teachers for leaving before the school year ended, making the college application process harder. “If Port-au-Prince gets better, I’ll have to send her,” he said. “If not, no way.”

So the Damas family is following a common path, trying to find Kesia an opportunity in the United States. In the meantime, her plays offer solace. Every Saturday, she and her friends hold a night of performances and preaching at the Grâce L’Éternel.

They have no stage, just a sheer baby blue curtain hung from a clothesline. But the 52 stiff wooden seats are usually full and the messages are serious. Kesia often writes of grief or its byproduct, anger, and on one recent night, there was a hint of hope: a poet describing the country of his prayers.

“All of my children of Haiti will come back,” he said. “Someday we will be back together. All of us. Haitians.”