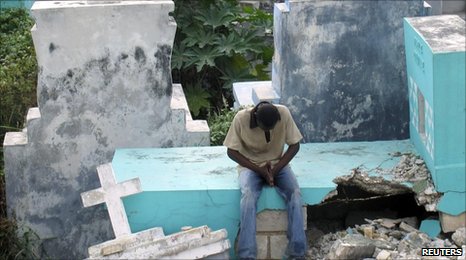 Six months after the quake, parts of Haiti look like the disaster struck yesterday

“We are waiting,” said the Mayor of Leogane, Santos Alexis, as he sat under a tree outside his earthquake-shattered residence.

Like an estimated 1.5 million people made homeless by the devastating quake that hit Haiti six months ago, the mayor is still living in the open – in his case, in a tent.

Leogane, an hour’s drive outside the capital Port-au-Prince, is close to the epicentre of the earthquake.

Although it has received considerable aid in the past six months – the charity Medecins Sans Frontieres has built a sizeable field hospital there, for example – the place still looks, in the mayor’s words, “like the earthquake hit yesterday”. 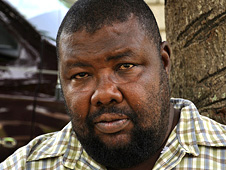 Along the main street almost every sizeable concrete house is a wreck of sagging roofs, smashed pillars and crumbling concrete.

“During the quake I was flipped on to the floor – I thought the ground was going to split open like it does in the movies and swallow me up.”

Aid workers in Haiti say the “emergency phase” of their work is now over.

They say they hit some of their targets, such as providing some basic shelter and stopping major outbreaks of disease.

But now this emergency Band-Aid has been applied, it seems that major economic and social surgery may be required – and the roadblocks to that happening are becoming apparent.

Delays have emerged in the publication – still less execution – of the government’s reconstruction plan.

And the government says the international donors have not come up with the money to finance it.

Some of the delays are a direct result of the earthquake – over 200,000 were killed and whole urban areas were reduced to rubble in what was one of the deadliest natural disasters ever.

“Almost all the government ministries were destroyed in the quake,” said Imogen Wall, a United Nations official working on aid co-ordination. 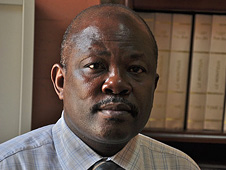 “A tiny bourgeois group has grabbed all the wealth and the poor struggle to get the very basics of life” – Mario Joseph, Human rights lawyer

“Twenty-five per cent of the civil servants were killed. The UN has had to provide basic desks and computers to help the government function again.”

But Haiti’s long-term social and political problems are also partly to blame for the slow response to the needs of the earthquake victims.

Haiti began its existence as a brutal French slave colony divided into sugar and coffee plantations.

When the colonialists were forced out, partly by a slave revolt, Haiti became the first free black republic in 1804.

The advanced nations of the time – notably France and the US – promptly imposed an embargo on the country, which prevented most economic and social development.

“We were a bad example for them,” said Jean Renald Clerisme, a senior adviser to President Rene Preval, “because they still had slaves that they wanted to continue to subjugate.”

The embargo on an economy designed to survive by plantation exports was crippling – and Haiti has still not recovered from that early shock.

During this period of isolation and stagnation a new black and mixed race elite also emerged to take control of the best land, creating a profoundly unequal society.

Most of the people living in tents today don’t own land, and those that do don’t have proof of ownership.

“In order to build anything you have to have land,” said UN official Imogen Wall.

“But even before the earthquake only about 5% of people had proof of ownership. Many title deeds were then buried in the earthquake.”

Activists who say they represent the poor in Haiti, like human rights lawyer Mario Joseph, say unequal land ownership is the heart of the problem.

“The system here doesn’t respect the poor,” he says.

“A tiny bourgeois group has grabbed all the wealth of the country and the poor struggle to get the very basics of life – clean water, food, health care and schools.” 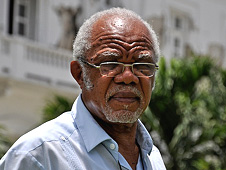 “In New York, we were promised $10bn, but we haven’t received even 2% of this – How do you explain that?” – Jean Renald Clerisme, Senior presidential adviser

The Haitian government does have the power to compulsorily purchase land.

But without very strong political leadership, which Haiti doesn’t have at the moment, this will be difficult to achieve.

Which politicians are going to force the big landowners to sell at a fair price when many of those landowners finance the political parties?

Jean Renald Clerisme, the presidential adviser, says that in any case the Haitian government hasn’t received the money it was promised by the donors, which it would need to buy land and reconstruct.

And he adds that much of the donor money, even when it is disbursed, goes straight back to its country of origin.

“They say they are sending money to Haiti, but much of it goes on experts and consultants from their own countries who are paid big dollar salaries they bank at home.

“And then when it comes to buying things for aid projects the donors insist on spending the money in their own countries. The people of Haiti only see a small proportion of these billions that are promised.”