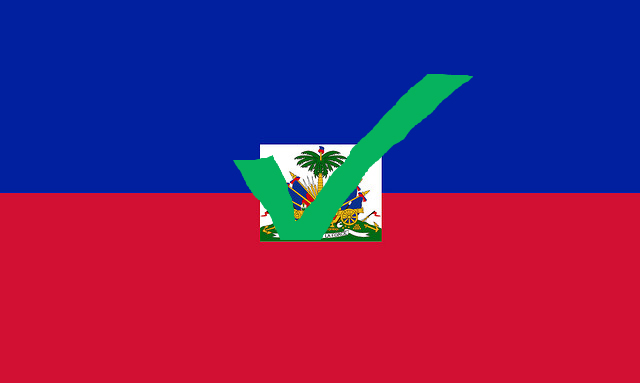 The events that unfolded in Haiti’s presidential elections yesterday came as no surprise. There was  fraud, confusion and mayhem. It had been predicted.

Voters showed up to polls and did not find their names on registration lists. In some instances, there were not enough ballots. In others, people arrived to find that polling centers were still closed at 6 a.m., the designated opening time, denying citizens their right to participate in the process. Democracy be damned! By early afternoon, 12 of the 19 candidates vying for the presidency called for an annulment of the elections, citing voter intimidation and other types of tampering on the part of President Préval’s Inite (Unity) party along with the Conseil Electoral Provisoire (CEP).

Social networks and radio stations alerted those of us in the diaspora when protesters took to the streets crying foul.

Two months after the quake, a Haitian university professor had said to me that it would be nothing short of criminal to hold elections now. His primary concern was the fact that amid the devastation and rubble a credible election was simply impossible. Many of the 1.5 million people (with women being much more negatively affected) who had been displaced by Goudougoudou had also lost their national identification cards. Additionally, the collapse of the government’s already weak infrastructure, the devastation of so many parts of the country and the people’s extreme lack of basic needs–exacerbated by the current hurricane season and the recent cholera epidemic–would severely impact participation.

Nonetheless, advocates, activists, scholars, concerned citizens and development experts who understand Haiti, Haitian politics and the all-too-problematic historical role of the United States and the international community in Haitian affairs all knew that, regardless of the impracticalities on the ground and the sheer inhumanity of spending money on voting while people barely eke out survival in tents and are dying for lack of treated water, there would still be an election of some sort. There is simply too much hanging in the balance. At stake are funds committed at theU.N. meeting on Haiti in March: $9.9 billion to be exact.

The fact that Lavalas, the most popular party, had been left out of the electoral process again did not concern those who claim to want to build back a better Haiti back. While some attempts were made by advocates to assureparticipation of women in the electoral process, poor women especially remained repeated targets of intimidation, in addition to the grave insecurity and gender-based violence that has already become a way of life for them and out of the camps. Still, the European Union, the Organization of American States  and the Caribbean Community (CARICOM) went along as official observers. There was only one aim: Declare a winner.

But not just any winner will do. When I was in Haiti months ago, before the official Provisional Electoral Council (CEP) list was even made public, rumor had it that Haiti’s future president would be none other than Jude Celestin–president Preval’s protégé and chosen successor. He is a technocrat with problematic ties and his own financial woes. Celestin’s ascension was assured well before Wyclef Jean’s public lament for the presidency.

In recent weeks, though, it appeared that top female candidate, Madame Mirlande Manigat, the 70-year-old vice rector of the Université Quisqueya, had actually been leading the polls. By Sunday, the contenders in descending order were said to be Manigat, Celestin, Michel “Sweet Micky” Martelly, the singer known as the president of konpamusic, and notary Jean Henry Céant, vice-president of Aimer Haiti. Knowing that these so-called polls are just a public performance of participation, none of us are going to be shocked when, in the end or in the run-off if there is one on January 16th, Celestin wins.

Days ago, as fraudulent activity became more apparent and the cholera epidemic worsened, several candidates actually called for postponement of the elections. Foreign advocates such as Institute for Justice and Democracy in Haiti had been documenting election flaws. Alas, the so-called elections were held anyway, and in spite of pervasive protests and glaring reports of massive fraud, the CEP sanctioned the process, stating that irregularities were minimal and as a result do not warrant cancellation of the entire process.The New York Times quoted CEP president, Gaillot Dorsainvil as saying, “Only 3.5 percent of the voting centers had trouble and that is not enough to ruin an election.”  No official word yet has been heard from the crew of international observers.

In my view, this election was not only criminal but an ugly reminder that the value ascribed to the lives and livelihood of the Haitian masses–who are continually and historically disenfranchised both at home and abroad–remains zero. And that is in spite of the overwhelming outpouring of support from a global community that obviously seem to think otherwise.

Those of us concerned with Haiti must remain vigilant now more than ever. Keep watch and speak out. There is simply too much hanging in the balance.