Haitian elections neither free nor fair

Statement of the Haitian Lawyers Leadership Network by its president, Ezili Dantò 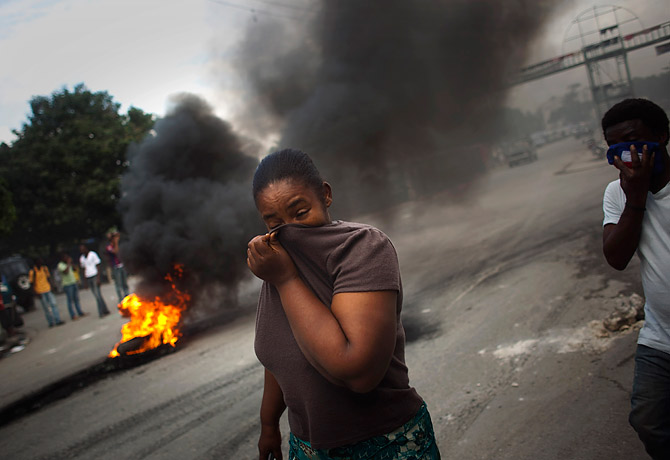 Who will be able to vote is not clear – over 1.3 million earthquake victims are displaced, many don’t know which polling place to go to, don’t have their IDs, and the country is in the middle of a cholera outbreak that the CDC (Center for Disease Control) says is non-Haitian and originated from South Asia. John Mekalanos, a cholera expert and the chairman of Harvard University’s microbiology department, said, “Evidence suggests Nepalese soldiers carried the disease when they arrived in early October following outbreaks in their homeland.”

The mourning among the population, legitimate disaffection with the U.N., coupled with the disastrous humanitarian situation and exclusion, creates an electoral environment sure to cause low voter turnout. This will minimize the voice of most of the people while amplifying that of the Haitian oligarchy, mostly sustained by NGO and U.S. aid funds, living in the luxurious Petionville hills, who have their IDs and are not displaced.

Another issue is that whoever is elected will have so little power. The U.N., Bill Clinton and other foreigners through the Interim Haiti Reconstruction Commission (IHRC) largely run the country but are not accountable to the Haitian people. The senators and deputies “elected” mostly won’t have a say in Haiti’s reconstruction, and whoever the new president is from these exclusionary elections will only have a veto power over the acts of the anti-democratic, unelected IHRC. It’s hard to imagine a lone Haitian president finishing his term if he should actually veto a U.N./Bill Clinton/World Bank/Haiti oligarchy initiative made under the IHRC.

Nations like the U.S. have influence in Haiti largely on the basis of promises of aid, even though they have not delivered the bulk of that pledged aid. Similarly, big organizations raise money in the name of devastated Haitians and have money sitting in bank accounts earning interest almost a year after the earthquake, while Haitians remain homeless, living atop 98 percent of the rubble still not removed, or dying of cholera by the thousands as a result of their water being contaminated by U.N. troops.

Many of Haiti’s children have been out of school for 10 months, countless additionally traumatized from the brutal conditions in the tent camps, their parents having lost their jobs, everything, since the earthquake.