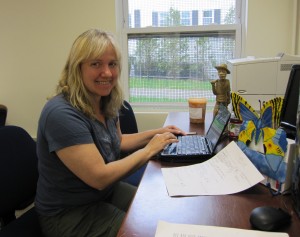 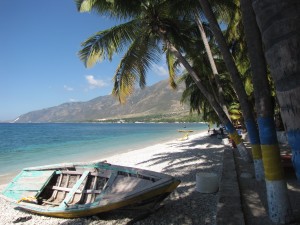 My three-day stint this week at the IJDH office ended all too soon (for me anyway) before I had to get back to my non-Haiti life – but not before I was struck by a few things.

One, at the most mundane level, there is just no waste in the office. They make the most…and then some…of every resource (very Haitian, really). As a recurring monthly donor to IJDH, it was nice to see the frugality. Every expense, no matter how small, is scrutinized to make sure that they are getting the best deal possible and so every possible cent can go to help the people of Haiti.

I mention this because I know sometimes people worry that their charitable donations end up wasted, but I can assure you that the IJDH staff is not feasting on bonbons with money meant to help the poor of Haiti. There were a couple of bags of Easter M&Ms, but Brian Concannon, IJDH’s director, brought that in from home to curb his three-year-old son’s candy intake.

I also had the opportunity to listen in on a conference call in which staff stationed in Haiti, New York, Boston and Miami all weighed in on what their projects for the week included – everything from tracking down witnesses to testify in the case against Jean-Claude “Baby Doc” Duvalier to conducting training sessions in the homeless camps to let women know their rights if they become victims in the epidemic of sexual assault in Haiti now.

One reason it’s so important to support IJDH is that their work is about finding long term solutions, which are complicated and harder to pitch in handy sound-bite sizes. The notions of injustice and justice themselves can feel intangible when compared to the image of a child who is hungry today or who can’t go to school. It’s easier to feel comfortable about giving money for that child to eat or to buy a school uniform than it is to understand that the underlying conditions that led to that suffering are rooted in the injustice that is pervasive in the lives of Haiti’s poor.

What makes IJDH great is that you don’t have to sacrifice the urge to help with the emergencies today for the hope of a more just tomorrow. IJDH helps people both with their immediate needs – like a homeless camp resident being illegally evicted – and also works for the long term reforms that will mean Haiti will no longer be in a constant state of emergency.

And, by the way, a few months ago I became a recurring monthly donor to IJDH – it’s super easy to sign up online with a credit card for those of you who, like me, find it harder to give a larger lump sum.

Mesi anpil. (Thanks very much.)