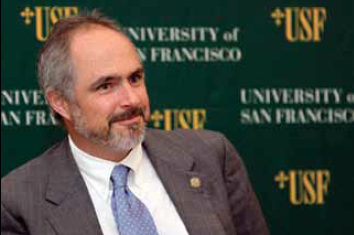 It may be hard to imagine any parallel between Ireland and destitute, still earthquake-ravaged Haiti, and yet there are any number: analogous gripping histories of famine, long stretches of political and economic repression, and the bad geographical luck of being adjacent to a super power or dominant force that presents undesirable attention. It is always difficult fighting a bully in your own backyard.

Human rights attorney Brian Concannon wrote of these dilemmas three years ago in the Boston Irish Reporter and in the Boston Haitian Reporter. “Like the British response to Ireland’s famine, bank programs (in Haiti) do not rise to the need,” he wrote, predicting the inevitable in a column headlined: Eating Dirt in Haiti and Ireland. “They are too late—they will not provide relief for months, perhaps years. They are too little—they stop where the requirements of helping poor people conflict with the requirements of the bureaucrats’ economic theories. In the meantime, just as Ireland exported food during a famine, Haiti will keep exporting money. So more Haitians will die of the diseases of hunger, and more children will grow older without going to school.”

There is yet another critical connection between Ireland and Haiti, and it is Brian Concannon.

Director of the Institute for Justice & Democracy In Haiti, Concannon, 48, has devoted most of his adult life to enforcing human rights for impoverished Haitians and reforming long-standing US policies that have undermined and destabilized that Carribean nation for generations.

Newly based on Dorchester Avenue in Andrew Square (a celebration of the move to 666 Dorchester Ave. will be held on site on Wed., Sept. 14, from 6 p.m. to 8 p.m.), the Institute has set its mission succinctly: “To work with the people of Haiti in their non-violent struggle for the consolidation of constitutional democracy, justice and human rights by distributing objective and accurate information on human rights conditions in Haiti, pursuing legal cases, and cooperating with human rights and solidarity groups in Haiti and abroad.”

Under Concannon’s resolute direction, the IJDH seeks restoration of the rule of law and democracy in Haiti and works to sustain changes required to avert Haiti’s next crisis.

For such a small organization—a cadre of well-trained attorneys, policy coordinators, communication specialists, and legal interns—you might think that co-founder Concannon is fighting out of his weight class in the poorest country in the Americas, one with a tortured past and a history of oppressive dictators. “It is the mother of all social justice struggles,” says Concannon. Resources at IJDH are slight, given the enormity of the task. The organization today has an operating budget of $750,000, two thirds of which is allocated to the Bureau des Avocats Internationaux (BAI)—a public interest law office in Port-au-Prince founded in 1995 and co-managed by Concannon from 1996 to 2004. In the latter year, an armed rebellion led to the overthrow of then President Jean-Bertand Aristide and the creation of a provisional government, prompting Conconnan to leave the country after nine years of residency.

But he is used to fighting out of his weight class. To understand his mission in life is to appreciate the man, his impressive energy, and his sense of purpose. At the BAI, he helped prepare the prosecution in the highly publicized Raboteau Massacre trial in 2000, one of the most significant human rights cases anywhere in the Western Hemisphere. The trial led to the conviction of 53 soldiers and paramilitaries for their brutal attack on a pro-democracy neighborhood. As Concannon’s biography notes, he also has represented Haitian political prisoners before the Inter-American Commission on Human Rights, as well as the plaintiff in Yvon Neptune v. Haiti, the only Haiti case ever tried before the Inter-American Court of Human Rights. In addition, he has worked for the United Nations as a Human Rights Officer (1995–1996), received fellowships from Harvard Law School and Brandeis University, and trained international judges, US asylum officers and law students across the country. He is a member of the editorial board of Health and Human Rights, An International Journal and often speaks and writes about social justice in Haiti. Holder of an undergraduate degree from Middlebury College and a law degree from Georgetown, he speaks English, Haitian Creole, and French.

Not bad for a lawyer who quit his first job at a major Boston law firm after three and a half years because he felt his corporate work was “morally neutral.”

Such moral bearing came at the collective encouragement of his Dorchester-born parents, who raised five children, two of them public interest lawyers and three of them social workers. Perhaps there was something in the water at the family home in Marshfield.

Concannon’s late father, Brian, of St. Mark’s Parish, was a personal injury lawyer, “always fighting for the little guy,” says his son in noting his father’s Galway roots. His mother, RoseAnne, whose family came from Monaghan, was raised in Savin Hill, taught English as a young woman at Roxbury High School in Dudley Square, then, after raising her children, earned a degree from New England Law School and became a domestic relations attorney with a strong commitment to the enforcement of legal rights of abused women.

“Dad was a gregarious guy; he was fairly intellectual, well-read, and the kind of person who liked to spout off Greek and Latin,” Concannon recalls. “Mom was more intense and deeply focused on social change.” Concannon and his siblings, he says, are a blend of the two—an amalgamation of great passion, perseverance, and strength of character.

No slouch when it came to perseverance, Concannon early on pursued his passions with conviction—as a young athlete in tennis and cross country, and later at BC High with a social justice orientation. He then attended Middlebury in Vermont where he majored in history and French. After graduating, he went down to Georgetown. “It was a good match for my interests and skills,” he says. “I had the feeling that law was a way of reform.” And so it was no surprise that he followed in the footsteps of his parents and his paternal grandfather, John, who was a state rep from Dorchester, a member of James Michael Curley’s political organization, and an unsuccessful challenger to incumbent Congressman John McCormack, who would later become House Speaker.

Law, politics, and social justice are all essential ingredients in the mix of Concannon’s life. Seven years ago, he was honored with the St. Ignatius Award at BC High, the school’s highest honor for moral character and selfless service among its many thousands of alumni.

After Georgetown, Concannon worked in corporate law at the Boston firm Mintz, Levin, but just long enough to pay off his tuition; the call of social service was unmistakable and compelling. In 1995, he accepted a job in Haiti with a United Nations mission as a human rights officer after a military junta takeover that cost 3,000-to-5,000 Haitians their lives. After working for the UN for close to a year, he joined the Bureau des Avocats Internationaux (BAI) to advocate more for prosecutions.

Haiti’s political and economic problems have causes and effects very much tied to the island nation’s relationship with the United States. Today, people remember Jean-Claude “Baby Doc” Duvalier and his father, Francois “Papa Doc” Duvalier, who ruled Haiti with iron hands for decades until 1986, when the young Duvalier fled the country, bringing to a close a two-generation reign of terror and plunder. But a root cause of the country’s political and economic troubles, says Concannon, can be found in troubling international policies and meddling directed at Haiti across the Caribbean.

“There have been more unjust US policies imposed on Haiti than any other country,” he says, referring to generations of political and economic interests here.

In 1804, Haiti became the second nation in the Americas to declare its independence, yet the young United States did not immediately recognize Haiti’s new status; it took 60 years. “You would think that the first independent country in this hemisphere, the Cradle of Liberty, would let the second one in. … I don’t think it’s too blunt to say that it was racism at play.”

Haiti, which in its own way had assisted the colonies in their fight against the British, earned its independence by the hands of freed slaves who led a rebellion after pro-slavery U.S. interests had placed an embargo on the island in support of Haitian slave owners. Haiti, it was thought by some, presented a threat of contagion, says Concannon, noting that the prevailing attitude was simple: “We can’t let spread the idea of blacks being free and running their own country.” At the time, key political and economic interests in the Americas and abroad were in focus as well.

Habits are hard to break and the meddling has continued over time, says Concannon. The US, seeing its self-interest in play, has propped up a number of regimes that proved to be unsavory. “A lot of bad things happen throughout the world in our name—things that Americans, if they really knew, would not accept,” he notes with characteristic fire. “They are contrary to American notions of human rights and democracy.”

Concannon and his Institute have become a battering rams for Haitian justice and the implementation of US policies that respect Haiti’s democratic sovereignty. Formed in 2004 when Concannon left Haiti in the wake of Aristide’s ouster, the organization draws on its founders’ internationally acclaimed successes in the fields of law, medicine, and social justice activism. “We saw ten years of democratic progress slip away because the US disagreed with policies that Haiti’s leaders were elected to implement,” he says today.

IJDH board members today include, among others, Paul Farmer, a founder of Partner’s Health, professor at Harvard Medical School, and a UN deputy envoy to Haiti; the attorney Ira J. Kurzban, adjunct professor of law at University of Miami and Nova Southeastern University; the attorney Byran Stevenson, a Harvard Law graduate, executive director of the Equal Justice Initiative of Alabama, and clinical professor at NYU School of Law; Rob Broggi, a Harvard graduate, a hedge fund manager with Raptor Funds, and board member of the ONEXONE Foundation, and Roxbury Latin School; and the author, teacher, and activist Laura Flynn, former director of international relations for the Aristide Foundation for Democracy in Haiti.

Concannon’s wife Marcy, an economist whom he met years ago at a UN mission in Haiti, assists at IJDH in concert with her husband and also at home in Marshfield where they are raising Evan, 3 1/2, and Georgia, 1 1/2.

There have been successes at IJDH over the years, but the work is never done. “There are days when you don’t succeed,” says Concannon from his basement office. “The failures come hard, and that’s when faith must prevail.”

Raised in the church by devout Irish-Catholic parents, Conconnan concedes that he’s not a churchgoer, but he says he works daily to live the Gospel. “I try to heed the call of Matthew 25:36,” he says, referring to the passage that proclaims, “I was naked and you clothed me; I was sick and you took care of me; I was in prison and you visited me.”

Over the last several decades, Concannon has seen the insides of many prisons in Haiti. On this day, he was making preparations for another trip while pondering the country’s future. The stereotypes that accompany any mention of his adopted homeland are bothersome to him.

When he first arrived in Haiti two decades ago, he says he was overcome by the spirit and resolve of its people. “There is a wholesale lack of public knowledge about Haiti,” he says, pushing back into his chair, his hands cupped behind his head. “Gaps in knowledge are filled with misperceptions. Haiti is not the basket case that some think. Such stereotypes are a way of deflecting penetrating issues, and many of them point to us as a nation.”

Greg O’Brien is president of Stony Brook Group, a publishing and political/communications strategy company based on Cape Cod. The author/editor of several books, he writes frequently for national and regional publications.