SOA Watch in Haiti (School of the Americas Watch)

By: School of the Americas Watch (SOAW) 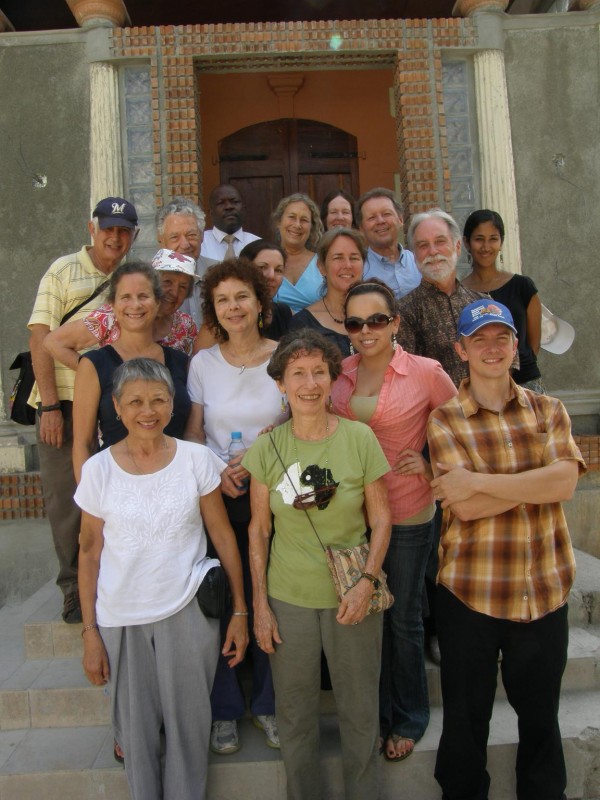 A fact-finding delegation organized by School of the Americas Watch (SOA Watch) is currently on the ground in Haiti to investigate the current situation of human rights and the role of the police and UN troops in the country. The delegation follows in the wake of recent scandals involving the UN Stabilization Mission in Haiti (MINUSTAH, according to its French acronym), including the video-taped apparent rape of an 18-year-old man by Uruguayan UN troops, and the impregnation of women and minors by UN troops, which have led to renewed protests in Haiti and have raised new questions regarding the future of the mission.

Since Haiti’s devastating earthquake last year, there are indications that the human rights situation has worsened significantly. Women and girls in internally displaced persons (IDP) camps are the target of frequent sexual assaults, gender-based violence, and sexual exploitation. Thousands of people in IDP camps have been forcibly evicted, sometimes violently, and over 234,000 threatened with eviction, despite the lack of alternative housing options. Both the Haitian National Police (HNP) and MINUSTAH troops have been criticized for not doing more to protect the rights and safety of Haitian citizens. The HNP and MINUSTAH have also both been documented violently repressing peaceful protests by IDP’s and others.

MINUSTAH is now in its seventh year, having replaced a U.S. military force that had occupied Haiti in the wake of the illegal coup d’etat that ousted the democratically elected government of Jean-Bertrand Aristide in 2004. Classified U.S. State Department cables, recently made public by Wikileaks, have revealed that the U.S. government places a strong strategic importance on MINUSTAH’s ongoing presence in Haiti, and in particular its inclusion of troops from several Latin American governments – in part because the Mission represents a regional initiative that excludes Venezuela, yet involves several left-leaning Latin American countries.

In the wake of these scandals, a growing chorus of civil society groups in Haiti, as well as politicians, labor unions, human rights activists, social movement groups, writers, and others have begun to urge a timetable for MINUSTAH’s withdrawal.

Members of the SOA Watch Haiti Delegation will join the protest at the U.S. Southern Command outside of Miami, when they return to the United States this weekend. In November, they will converge at the gates of Fort Benning, Georgia for the November Vigil, where the delegation will share their findings with others in the movement.

Join Us at Fort Benning, November 18-20, 2011. Commemorate the Martyrs, Celebrate the Resistance!

Prominent Haitian human rights lawyer Mario Joseph, who is representing political prisoners and victims of political violence in Haiti, will travel to the gates of Fort Benning, Georgia to join the November Vigil to close the SOA and to resist militarization. Mario Joseph will speak from the main stage during the massive rally on Saturday, November 19, 2011.

Educate and mobilize your community to take to the streets and to take direct action for dignity, justice, solidarity and self-determination.

Join local organizing efforts in your region, and thousands of people in Georgia this fall. The November Vigil includes a massive rally, concerts, workshops, a solemn funeral procession to commemorate the victims, nonviolent direct action, a vigil at the Stewart Detention Center (an immigrant prison), a veterans-led march, films, trainings and more.