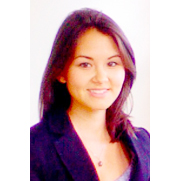 Last month, 104 members of U.S. Congress called on the U.N. to take immediate responsibility for introducing cholera to Haiti.

Overwhelming evidence has linked the cholera epidemic, which has killed over 7,400 Haitians and sickened 580,000 since October 2010, to reckless waste disposal on a U.N. peacekeeper base. The epidemic, and the urgent need for the U.N. to respond justly, represents one of the most significant tests of leadership that Secretary-General Ban Ki-Moon will face during his tenure.

Haiti is a small Caribbean nation of 10 million and one of the poorest countries in the world. After a violent earthquake flattened Haiti’s capital in 2010 and left 1.5 million to survive in makeshift camps, international experts warned that the outbreak of water-borne diseases could be devastating.

Ten months after the earthquake, the admonished health disaster happened. Cholera erupted along Haiti’s central river, which tens of thousands of people rely on for drinking, washing and irrigation. Scientific studies soon linked the outbreak to a UN peacekeeping base that sits on the bank of the river.

The outbreak coincided with the arrival of a new deployment of peacekeepers from Nepal, where cholera is endemic, who were not tested or treated for cholera before they were sent to Haiti. DNA fingerprinting of the cholera straining Haiti has confirmed that it is identical to the strain active in Nepal.

Amid increasing evidence pointing to the U.N., Secretary-General Ban appointed a panel of independent experts to investigate the source of the epidemic.

The Panel found that sanitation conditions on the base were “haphazard” and “inadequate” and that there was a great risk that the pipes from the base’s toilets leaked contaminated waste into the river. The U.N.’s investigation has been supplemented by studies from Harvard, the U.S. Centers for Disease Control and Prevention, and Korea’s own International Vaccine Institute, which all establish a U.N. link.

Over 5,000 Haitians have filed claims with the U.N., seeking justice in the form of water and sanitation infrastructure to eradicate the disease, compensation for victims who have fallen ill or lost family to cholera, and a public apology. The claims are the biggest in the U.N.’s history, and Ban must decide how he will respond to them.

As an organization whose raison d’etre includes the promotion of human rights for all, it is imperative that the U.N. accept responsibility and take swift action to control the epidemic. In their letter to the U.S. Mission at the U.N., the U.S. Congressional representatives wrote: “Cholera was brought to Haiti due to the actions of the U.N.,” and that as such, “the U.N. must take a leadership role in addressing this catastrophic public health crisis.”

Ban’s election as secretary-general of the U.N. is a source of great national pride for Korea. But a secretary-general is remembered not for being selected, but for what he does while in office. When he began his tenure, Ban laudably committed to making transparency and accountability hallmark goals of his tenure.

Beatrice Lindstrom is a staff attorney for the Institute for Justice& Democracy, a non-governmental organization in Haiti. She can be reached at blindstrom@gmail.com.