The truth behind the numbers: Why Haiti Did Not Dodge a Bullet with Tropical Storm Isaac? 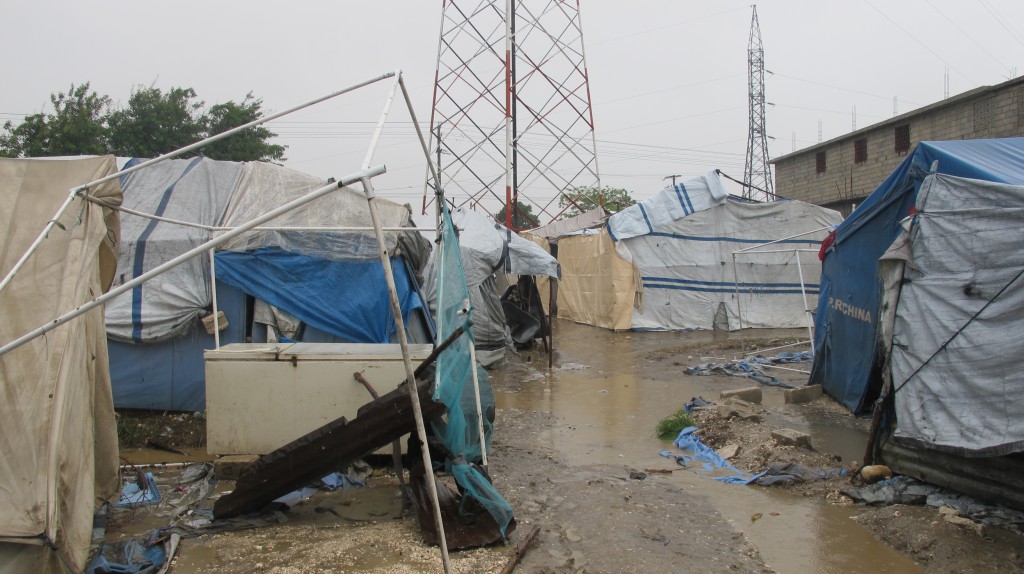 The aftermath of Tropical Storm Isaac in Haiti. Photo by Stephania Musset.

As Tropical Storm Isaac dumped torrential rains on Haiti this past weekend, many found a silver lining in the fact that only 24 Haitians died. True, it could have been much worse. Haiti continues to suffer from the effects of the devastating 2010 earthquake, and Isaac could have been yet another major catastrophe.

But the effects of Isaac will be felt for quite some time and could result in a much higher death toll. Haiti did not dodge a bullet. Agriculture losses, a looming cholera crisis, and homelessness are the real numbers behind Isaac. And what will happen the next time a tropical storm passes through Haiti if people remain displaced without adequate housing?

Agriculture provides employment for half the national workforce and makes up 28 percent of the GDP. Tropical storm Isaac flooded farms, devastated plantations, eroded soil, and swept away crops, resulting in fewer agricultural resources in a country with extremely high food insecurity.

Disaster prevention experts have begun preparations for a feared cholera spike as a result of flooding from Isaac that has left people living in waist high water. Combined with Haiti’s poor water and sanitation infrastructure, this combination has created opportunities for new and deadlier outbreaks.

Currently 390,000 remain in makeshift camps, down from the estimated 1.5 million after the earthquake. Many have now lost what little shelter they had as Isaac swept away flimsy homes such as tents and tarps, as well as personal belongings. What will it take to finally have a comprehensive housing policy In Haiti that will move people from tent cities to homes that can endure tropical storms?

To sustain the next Isaac, in addition to a sound housing policy, funding pledged by the international community is needed.
Of the $5.5 billion pledged at the donors conference in New York in 2010 only 46% has been disbursed. Nigel Fisher, the UN Humanitarian Coordinator notes that “underfunding threatens to stunt growing relocation initiatives to safe housing….
It threatens to reverse gains achieved in the fight against cholera…. It threatens the very existence of hundreds of thousands of internally displaced people still living in camps.”

Isaac has demonstrated that vulnerable people in Haiti will continue to face chronic hardship unless the international community live up to their commitments. Haiti faces three real crises exacerbated by Isaac—cholera, loss of agricultural productivity and housing—and funding only 46% of our pledges is just not good enough.