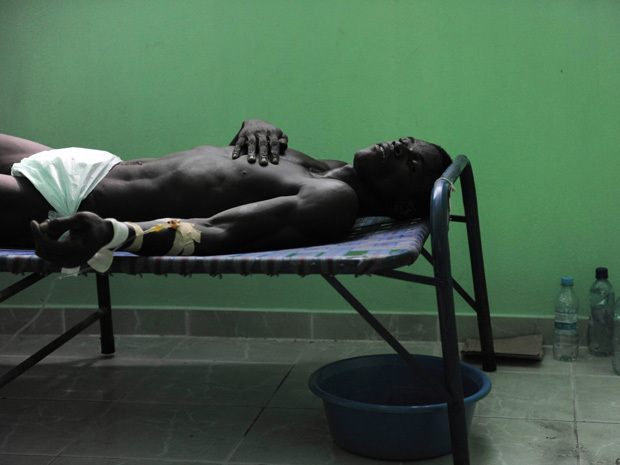 A cholera patient lies in bed at the Cuban-run Nicolas Armand hospital in Arcahaie, north of Port-au-Prince, in this file photo. A leading international public health expert says the “most likely” source of the cholera outbreak was a UN camp for soldiers from Nepal, a country where the water-borne disease is widespread.

A devastating cholera outbreak in Haiti that has killed more than 7,500 people has been blamed on United Nations’ peacekeeping troops in the country.

Dr. Daniele Lantagne, a leading international public health expert who helped investigate the outbreak for the UN, said the “most likely” source of the cholera was a camp for soldiers from Nepal, a country where the water-borne disease is widespread. 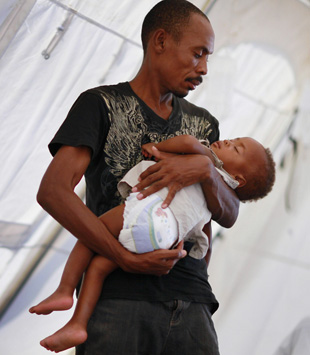 A 2011 UN report, which Dr. Lantagne co-authored, said it was not possible to fault any group or individual for the outbreak.

According to the BBC, the report did say inadequate toilets in the Nepalese UN camp in the mountain town of Mirabalais could have leaked the cholera bacterium into the nearby Meye River, which flows into the country’s main waterways.

Since that report, Dr. Lantagne has studied new genome data.

“We can now say that the most likely source of the introduction of cholera into Haiti was someone infected with the Nepal strain of cholera and associated with the United Nations Mirabalais camp,” she told the BBC.

Despite suspicions about the Mirabalais camp, the UN is standing by the 2011 report.

UN Watch, a watchdog group based in Geneva, said at a briefing this week that Hervé Ladsous, the under-secretary-general and the world body’s head of peacekeeping, “concluded that it was impossible to establish the origins of the disease.”

UN Watch is calling on the UN to reopen its investigation into the cholera epidemic in light of Dr. Lantagne’ comments. 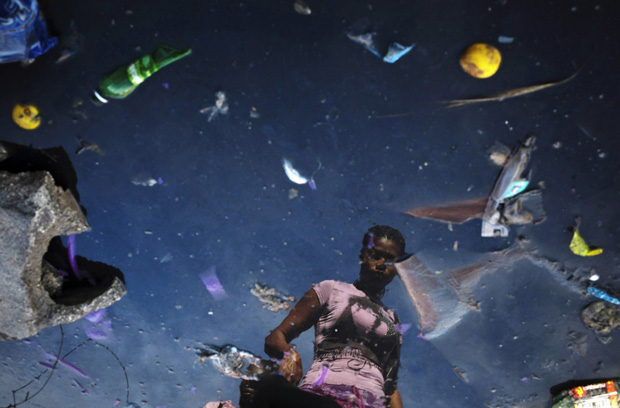 Hillel Neuer, UN Watch’s executive director, said, “Why is the UN hiding behind a report whose conclusions are now repudiated by one of its chief authors? It makes no sense.

The UN’s response is deeply disappointing

“The UN’s response is deeply disappointing, and an abdication of basic accountability from an organization that regularly demands it of others.

“The logical and moral thing for Secretary-General Ban Ki-moon to do is reopen the investigation, with a fully independent panel and public inquiry, and that is what we are demanding.”

He added, “No one is accusing the UN of deliberately poisoning Haiti’s water supply. But when one of its own designated experts concludes that a UN division negligently caused a mass epidemic, the victims are owed a better response than denial and deafening silence.” 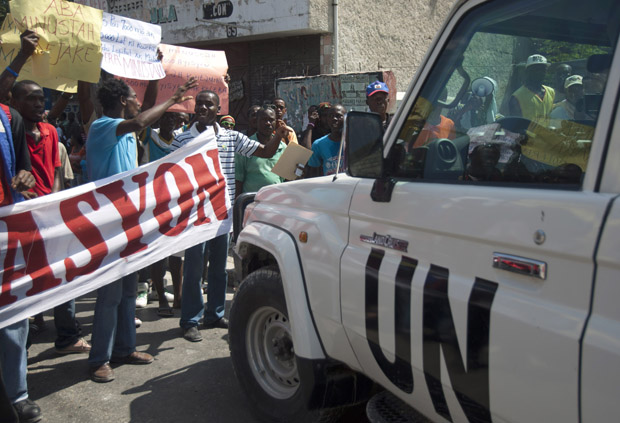 Dieu Nalio Chery / The Associated PressDemonstrators dance in front a United Nations vehicle during a protest against the peacekeeping mission, in Port-au-Prince, Haiti, on Oct. 19. The protest marked the second year since cholera was likely introduced to Haiti by a UN force and has gone on to kill more than 7,500 people and sicken more than 594,000 others.

In light of the legal action, Nigel Fisher, the UN’s head of humanitarian affairs in Haiti, told the BBC he was unable to comment.

Cholera in Haiti has killed more than 7,500 people and infected about 600,000. It is an infection that causes severe diarrhea and can lead to dehydration and death. Poor sanitation in Haiti after the 2010 earthquake has made it more difficult to control the problem.

Cholera is easily treated but many Haitians do not have access to health care.

In a statement Wednesday, Oliver Schulz, head of mission in Haiti for Médecins Sans Frontières, said if the epidemic was to be contained, significant improvements needed to be made in providing clean water and sanitation.

“This will take time, and this is why medical care for cholera patients remains a key challenge that the Haitian authorities need to address right now,” he said. 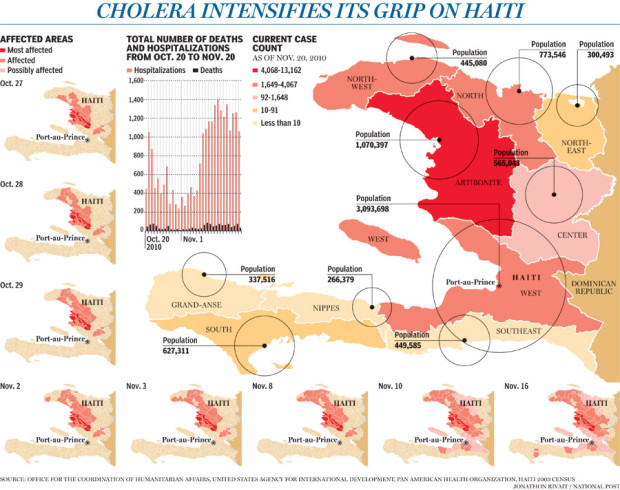