A legal solution for Haiti 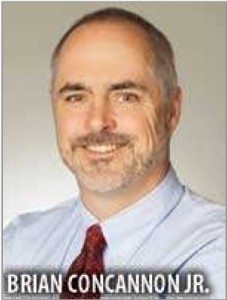 Three years ago this month, a massive earthquake struck Haiti, leaving hundreds of thousands dead and over a million homeless.
The tragedy helped shed light on the country’s struggles with housing and health care. But the head of a Boston-based organization says many of those problems can be addressed through legal services.

“The reason they’ve been unable to resettle people displaced by the earthquake is the court system can’t say with certainty who owns much of the land,” says Brian E. Concannon Jr., director of the
Institute for Justice & Democracy in Haiti. “This happens over and over. A non-governmental organization gets funding and wants to
build and buy land, and they find that eight different people claim to own it.”
A former attorney at Mintz, Levin, Cohn, Ferris, Glovsky & Popeo, Concannon left big-firm life to pursue human rights work at the United Nations and the Haitibased Bureau des Avocats Internationaux. He founded the IJDH in 2004 as an international counterpart to the BAI.

Ironically, one of IJDH’s biggest projects has been a lawsuit that alleges the UN is responsible for Haiti’s cholera epidemic.

“Peacekeeping troops brought it and now 8,000 people have died,” Concannon says. “We’ve been fighting to push the UN to respond justly; to put in clean water and to compensate victims.”

Attorneys at the Boston, New York and Washington offices of WilmerHale are working on the case pro bono, while local lawyers from Ropes & Gray and Mintz Levin have assisted IJDH in its effort to see former Haitian dictator Jean-Claude “Baby Doc” Duvalier prosecuted for the human rights violations committed during his infamous reign.

Concannon further says he uses the Massachusetts court system as a model for the IJDH’s Rape Accountability Project.

“I was doing domestic violence work in the late ’80s and remember how, at the beginning, the police and victims’ advocates were thought to be [adversaries], and they ended up deciding that they were on the same side,” he recalls.

When contracts and real estate deals aren’t enforceable, or rape is hard to prosecute, causing women to live in fear, the entire society is harmed, Concannon says. “So if you can move the law forward, you’ll unleash a lot of potential in economy and the labor market,” he says.