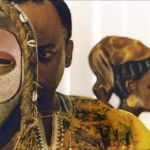 Charlot Lucien is a Haitian storyteller, poet and visual artist. He has released Ti Oma, Ti Cyprien, Grann Dede and San Bri, San Kont – four storytelling CDs recorded in Haitian Creole and French following the tradition of great Haitian storytellers such as Maurice Sixto. Lucien’s poetry has been released in various publications. His most recent book of poetry, La tentation de l’autre rive was released this month by Trilingual Press. Outside of his literature, Charlot is also a painter, illustrator, and caricaturist. 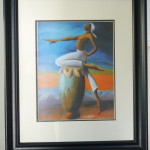 His work draws heavily from Haitian history and politics. His visual art has been used to illustrate various books, calendars and newspapers in Haiti and the U.S. Charlot Lucien has traveled across New England, Canada, Haiti, Guadeloupe and France to share his storytelling and discuss various aspects of Haiti’s rich and complex cultural, historical and social landscape. His creative work and cultural activism have been featured in several newspapers such as The Haitian Times, LeNouvelliste, and the Boston Haitian Reporter. Charlot is the recipient of several awards from the Commonwealth of Massachusetts including from the Massachusetts Legislature for his contributions to the cultural landscape of Massachusetts and from the City of Boston for his involvement in the planning of services for people living with HIV/AIDS. He is also the founder and director of the Haitian Artists Assembly of Massachusetts, an artist network focused on fostering creativity, learning opportunities, skills building and fellowship among its members. Lucien currently resides in Norwood, Massachusetts.

Watch our interview with Charlot HERE.