Where has the earthquake aid money gone?

Four years after the international community donated $9 billion to Haiti for the January 2010 earthquake, many NGOs have left or scaled down their operations in Haiti.  This article describes where the money may have gone, challenges to disbursement, and why we should still care four years later.

Haiti quake: 4 years later, we still don’t know where the money has gone 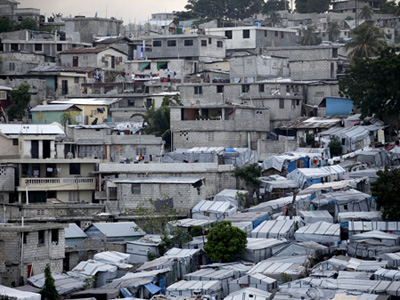 EDITOR’S NOTE: Almost four years after the Haiti earthquake, donors and NGOs have significantly scaled down their operations to attend to other disasters. Two experts from the Center for Global Development explain why we should still care about the victims.

January 12, 2014 marks the fourth anniversary of the massive quake in Haiti that left over 200,000 people dead and several million people homeless. The response from rich countries was overwhelming — over $9 billion was disbursed towards relief and reconstruction efforts ($3 billion from the United States, an estimated $3 billion in private contributions, and another $3 billion from foreign governments). Four years later, the earthquake in Haiti is mostly forgotten. The UN Office of the Special Envoy for Haiti and charitable organizations such as the Bush Clinton Haiti Fund have quietly closed their doors. Many non-governmental organizations in Port-au-Prince have scaled down their operations. Other disasters, such as Typhoon Haiyan, dominate the news.

I can think of at least two reasons why we should still care about what happened in Haiti. The first reason is that despite the fact that a sum of money almost equivalent to the GDP of Haiti was disbursed to non-governmental organizations, for-profit contractors and other agencies, most Haitians live without a reliable supply of electricity, clean water, or paved roads. Several thousand Haitians still live in (now tattered) tents provided as part of the relief effort. The second reason is that understanding what happened in Haiti is critical if we want to do a better job with relief and reconstruction efforts in the aftermath of future natural disasters.  Despite commitments made by rich country governments and non-governmental organizations towards greater aid transparency, and the availability of easy-to-use tools such as the International Aid Transparency Initiative (IATI) and UN OCHA’s Financial Tracking Service, it is impossible to trace how the money was spent, how many Haitians were served, and what kinds of projects succeeded or failed.

The United States is the single largest donor to Haiti. To be fair, USAID has released some data from its files. And it has committed to reporting its data in the standard IATI format. The USAID Transactions database does have data on obligations and disbursements for FY2013  (disbursements are shown in Figure 1). We know that 92 percent of funds disbursed in FY2013 went to organizations that are based in the US. Figure 2 shows that the majority of disbursements in FY13 were to for-profit companies; Figure 3 shows that Chemonics — a for-profit provider — received 7 of the largest 10 contracts, totaling $42 million. Separately, USAID has also released data on local procurement through its USAID Forward initiative.

This is where the trail goes cold. Typically, USAID’s primary contractors use subcontractors to implement their projects; these are the actors who actually get the work done in Haiti (and elsewhere). USAID’s primary contractors are obligated to report data on the activities of their subcontractors, which in turn should be made public in accordance with the Federal Funding Accountability and Transparency Act of 2010.  But this information is nowhere to be found.

There are other challenges. The labels used to categorize USAID’s spending (for example “Economic Growth,” “Governing Justly and Democratically”) are not easy to interpret. They do not correspond to the categories and sectors used in USAID’s Foreign Assistance Dashboard, but rather to USAID’s strategic goals.  Also, almost half of the transactions data have missing values for the Data Universal Numbering System (DUNS), which serves as a unique identifier for vendors and transactions. Data on local procurement contracts in Haiti, released through the USAID Forward initiative also lack this information, making them impossible to compare with the transactions data, despite being released by the same organization. In addition to the missing DUNS data, 35 percent of vendor names (corresponding to $16 million in disbursements) and 34% of award numbers ($18.4 million) are not reported.

Members of the United States Congress have recognized that data transparency is necessary for continued progress in Haiti; as well as for effective foreign assistance writ large. Led by Rep. Barbara Lee (D-CA), the House recently passed HR 3509, Assessing Progress in Haiti Act of 2013.  The bill requires a GAO report reviewing US assistance efforts, which is an important first step.

It is an outrage that four years after the quake in Haiti, we have almost no idea of where all the money has gone. Without data on procurement, expenditures, and outcomes, we cannot know what works and what does not. USAID’s subcontractors routinely provide data on their activities to the prime contractors — these data can and should be made public by USAID. The International Aid Transparency Initiative is the ideal platform to report data in real time, but simply publishing to USAID’s existing data portals is a relatively simple process that USAID should move forward with this year.

Edited for style and republished with permission from the Center for Global Development. Read the original article.