Cholera Events at University of Chicago

Don’t miss these 2 cholera events at University of Chicago!

Ten months after the 2010 earthquake, cholera appeared in Haiti. Over 650,000 Haitians became ill and over 8,000 died. Research has established that this dreaded disease was brought to the island by United Nations Peacekeepers. 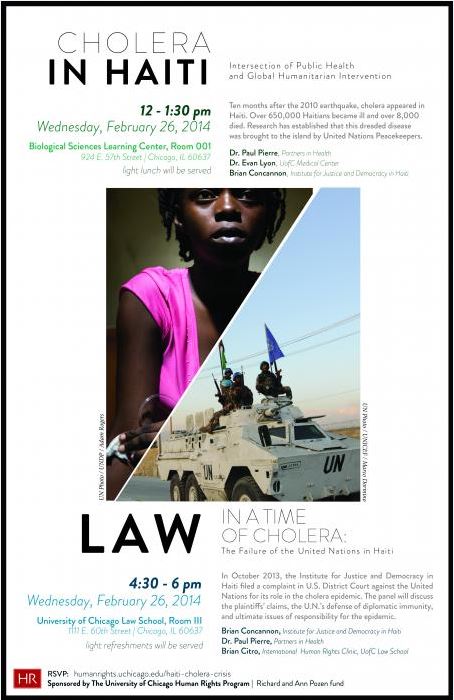 Law in a Time of Cholera: The Failure of the United Nations in Haiti

In October 2013, the Institute for Justice and Democracy in Haiti filed a complaint in U.S. District Court against the United Nations for its role in the cholera epidemic. The panel will discuss the plaintiff’s claims, the U.N.’S defense of diplomatic immunity, and ultimate issues of responsibility for the epidemic.