The Struggles of Sugarcane Workers in DR

This article paints a dismal picture of the life of Haitian sugarcane workers. This material has also been evaluated by the US Department of Labour in order to issue a public report about new forms of slavery. Part of the article is below. 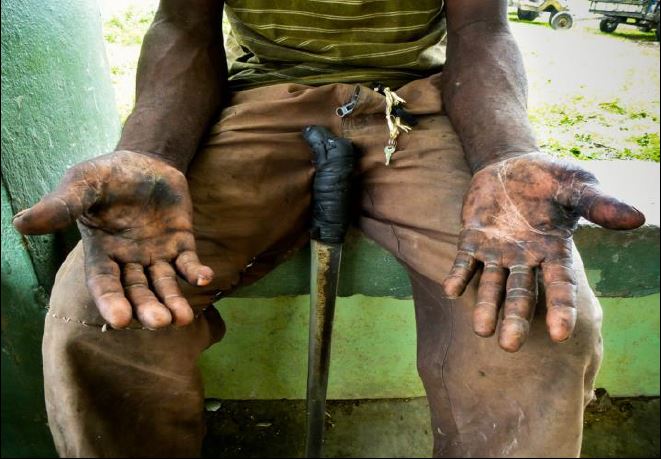 To be born in Haiti, in 80 percent of cases, means being destined to live under the line of extreme poverty. And in the best of cases, evidently not for very long. Life expectancy is barely above 60 years and the infant mortality rate is ranked as one of the highest in the world. The unemployment sits at around 40 percent and four years after the earthquake, which caused more than 300 thousand deaths and left one million children orphaned, Haiti continuous being the poorest country in the western hemisphere, being placed as one of the last countries in the United Nation’s Human Development Index.

So it comes as no surprise then that thousands of Haitians decide to abandon their homeland and loved ones to enter into nearby Dominican Republic, with the hope of finding better living conditions on the other side of the border. However crossing the border is not an easy task, especially when they lacks documents and authorised permits. This is how many start their journey on a sort of Caribbean Calvary marked with violence and pain. The journey that can last several days, sometimes more than a week, is done in small groups. During their pilgrimage towards hope, the migrants are led by Haitian and Dominican human traffickers, often within the sights of corrupt military police officers who promptly demand their “toll”. On top of that, if they do not have the money to pay, they are sent back. “We have crossed the borders through the hills, walking…” says Manil, a 33-year-old man, “my feet were worn, bloody… I didn’t know it was like this… I have paid a lot of money, five thousand pesos, to come here… I didn’t know… the man tells me that I would travel by bus, but it wasn’t true, so when we started to walk I tell him that that wasn’t the deal, give me back my money, I tell him, I go back to my country, and he says no, that we were nearly there… and we kept on walking three more days… eight days in total, with nothing, only water, without eating…”.