BBC News has also picked up the story of Ban Ki-moon’s visit to Haiti. Mario Joseph, Managing Attorney of BAI, has called it an insult for the Secretary General to visit Haiti for a photo op while the UN continues to dodge responsibility for the cholera epidemic. 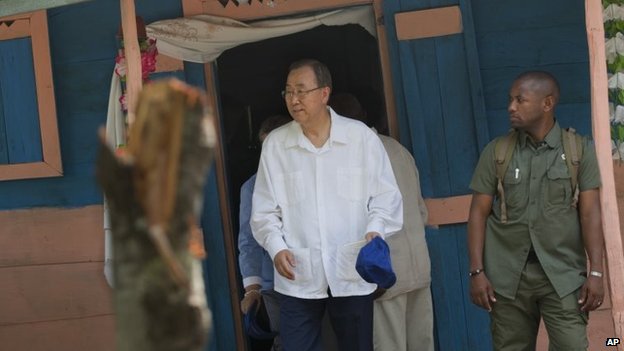 UN Secretary General Ban Ki-moon says he will try to raise $2.2bn (£1.3bn) in aid money to fight the spread of cholera in Haiti.

Mr Ban, who is visiting Haiti, said it was the “moral duty” of the UN to help tackle the disease.

More than 8,500 people have died in the cholera epidemic which has swept through the country since 2010.

Evidence suggests UN peacekeepers introduced cholera to Haiti, but it has so far rejected compensation claims.

Speaking at a church service in one of the villages worst affected, Mr Ban said that he was aware that the epidemic had “caused much anger and fear” in Haiti and continued to affect “an unacceptable number of people”. 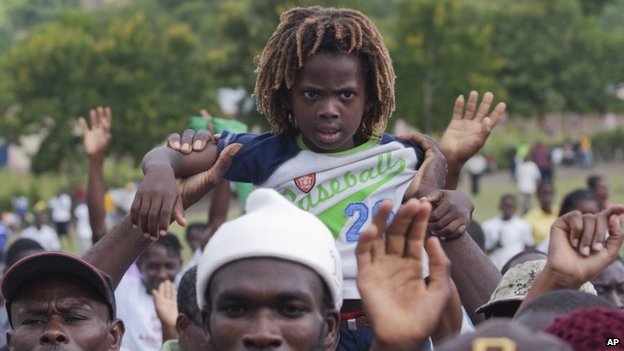 Haitians gathered to demand more financial assistance from the UN

The United Nations is facing three lawsuits in connection with the epidemic, but has claimed legal immunity.

A lawyer for the victims said it was an insult to all Haitians for Mr Ban to come for a photo-opportunity when he refused to take responsibility for thousands of deaths.

In December 2012, Mr Ban launched a $2.2bn plan to eliminate cholera from Haiti within 10 years, but donors have been slow in coming forward with the needed funds.

The UN says it has not yet been able to raise the $400m needed to fund the programme in its first two years.

Mr Ban and Haitian Prime Minister Laurent Lamothe on Monday launched an initiative aimed at improving hygiene in rural areas of Haiti, where one in two people lack adequate sanitation.

More than 700,000 people in Haiti have been infected with cholera, which is spread by infected sewage, since late 2010.

No cases of the bacterial infection, which causes diarrhoea, nausea, vomiting and muscle cramps, had been recorded in Haiti for a century until the outbreak started.