Though the Dominican Republic has begun a program of documenting migrants so they can eventually gain citizenship, many are excluded from this program because of the requirements: Thousands don’t have the work documentation, passports,  or other documents required and the fees to obtain them are prohibitive. Human rights advocates continue to fight for those who remain stateless. 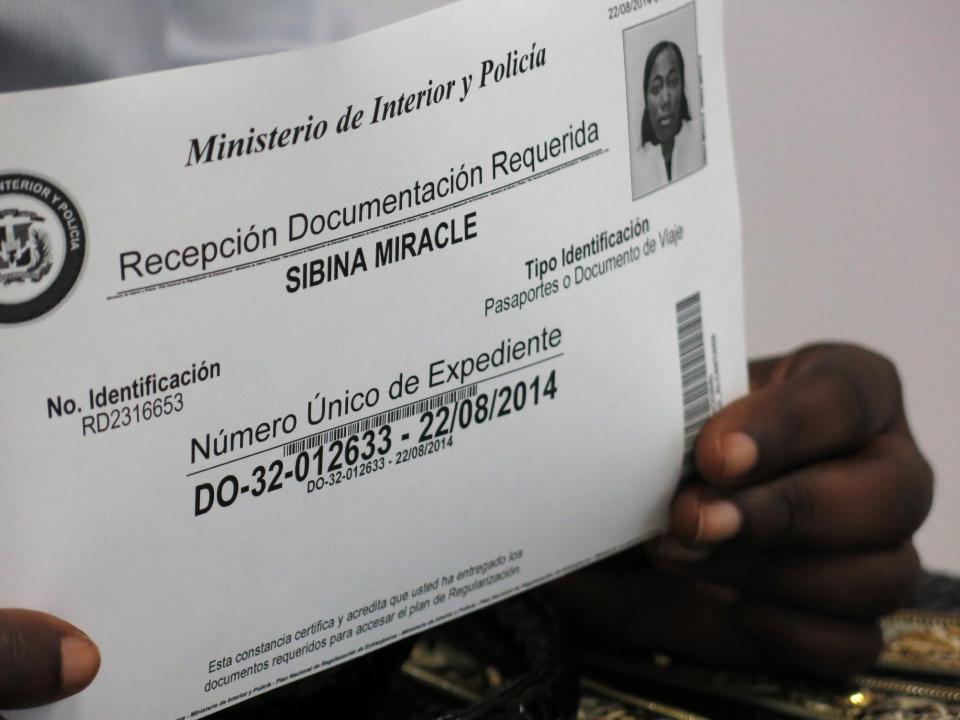 SANTO DOMINGO, Dominican Republic (AP) — The Dominican Republic will soon issue the first residency and work permits for migrants under a new program that will enable them to avoid the risk of deportation, officials said Thursday, conceding that so far few have managed to qualify.

Since the year-long application period opened on June 2, more than 115,000 people have applied for legal status in the country, according to Deputy Interior Minister Washington Gonzalez.

So far, however, only 275 have met the criteria, Gonzalez said. The first 80 will be receiving their permits in the coming days.

Gonzalez said that only about half of all applicants have submitted any of the required proof.

“This tells us where the problem is,” he said. “The foreigners can’t obtain the documents.”

The difficulty has worried advocates for migrants and frustrated many of the applicants, who have been waiting in long lines this summer to submit the piles of documents to show they meet the eligibility requirements, which include having come to the country before October 2011.

“These statistics are certainly worrisome, and you might even say alarming,” said Horacio Rodriguez, head of migration policy at Centro Bono, a Jesuit organization that has assisted migrants, mostly from neighboring Haiti, to apply for legal status.

Interior Minister Ramon Fadul has warned that migrants who don’t secure legal status under this program may face deportation as the country seeks to gain greater control over its border.

The program to allow migrants to seek legal status was approved in 2004 but stalled until the Supreme Court ordered the government to implement it in a ruling last September. The deadline for applying is May 31.

In a separate part of the September ruling, the court also said people born to non-citizens do not automatically qualify for Dominican citizenship, retroactively stripping thousands of people of what they believed to be their nationality, and it directed the government to enact a plan to resolve their status as well. The government yet done to do so.

The Dominican Republic, which has a population of about 9 million, has long drawn large numbers of migrants from neighboring Haiti, many of whom come to work in the sugar field or in other low-wage jobs. A U.N. study has estimated the population of undocumented migrants in the country at about 500,000, nearly 90 percent of Haitian descent.

Migrants seeking to establish their legal status have to produce proof that they have been in the country since before Oct. 19, 2011, as well as documentation of their work and other proof that they have established themselves, which may not be easy to obtain for those who work in construction or agricultural and other informal sectors.

Cost is also apparently a factor, even after the Haitian government dropped the price for basic identity documents such as a passport and birth certificate to help the migrants apply for legal status. Joseph Cherubin, director of an organization of Haitian workers in the country, said if you add up the price of all the documents, the services of a notary and add in transportation, it comes to about $150, more than most farmworkers earn in a month.