16 Days of Activism Against Gender-Based Violence

From Peace in the Home to Peace In the World: Let’s Challenge Militarism and End Violence Against Women. 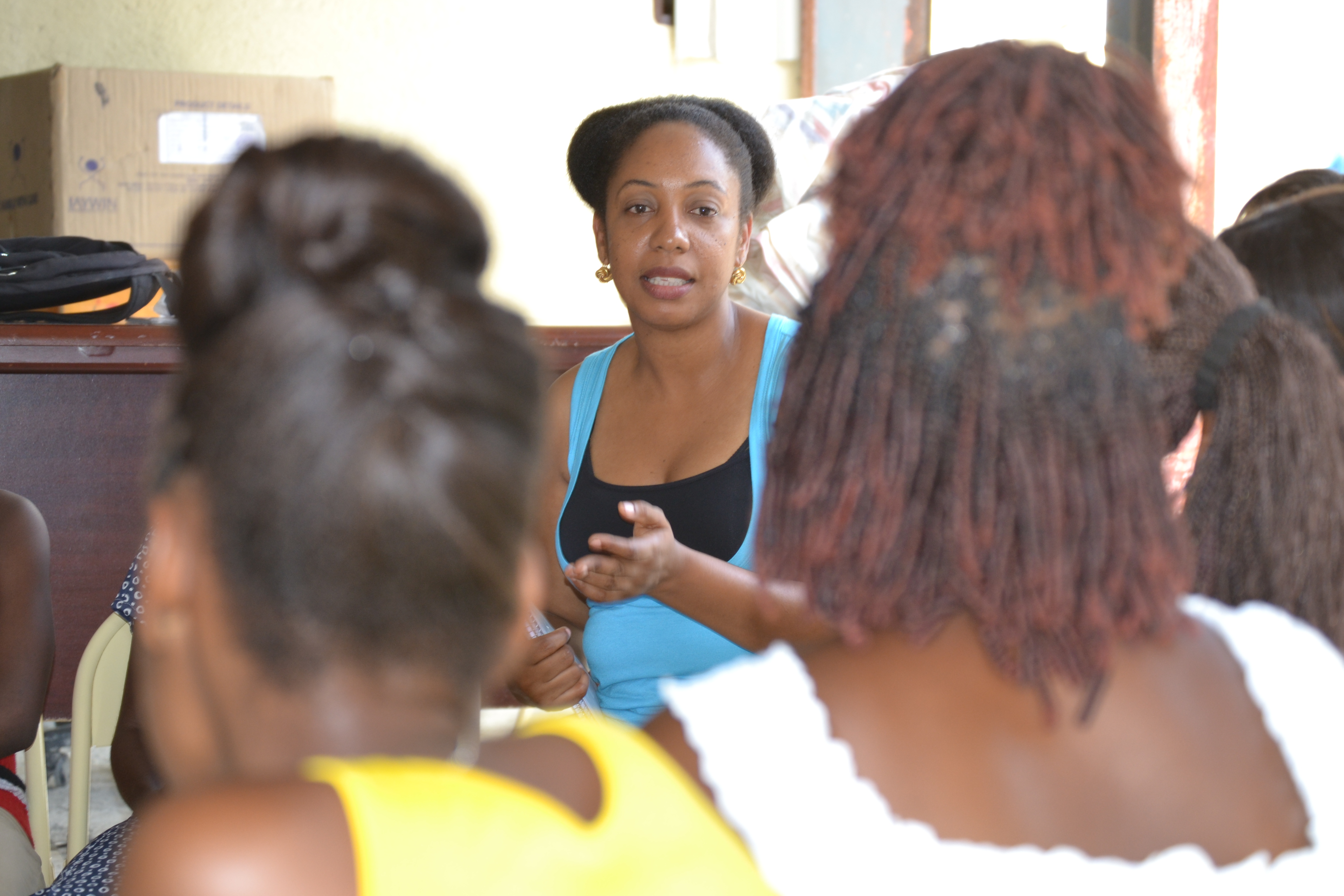 November 25th is the International Day for the Elimination of Violence Against Women. This is an international campaign to raise awareness of and to call for an end to all forms of violence against women. This year, the campaign centres on highlighting the links between militarism and gender based violence. IJDH and BAI have joined with grassroots groups in Haiti and international partners to launch the Haiti Rape Accountability and Prevention Project (RAPP) to respond to the epidemic of rapes against poor women and girls in Haiti in the wake of the January 12, 2010 earthquake. RAPP provides individual victims of sexual assault the legal services they need to obtain justice and compensation, while working with allies in Haiti and abroad to transform the social context that underlies the vulnerability of all poor Haitian women to assault. The Project also aims to deter future rapes by punishing the perpetrators and forcing a more effective response by law enforcement and the justice system.

November 26 The 2010 Haitian Earthquake shattered Haiti’s infrastructure and created specific vulnerabilities for women and children sheltering in Haiti’s tent cities. Although the Haitian government does not maintain an up-to-date record on the number of sexual assaults in the country, there is general consensus that the number of sexual assaults against women and juvenile’s in Haiti rose after the earthquake. In 2012, RAPP Network member KOFAVIV reported that it received an average of 5 cases of rape a day.

November 27 Children are particularly vulnerable to sexual violence in Haiti’s tent cities because many were left unaccompanied in the wake of the earthquake, while others are left unsupervised for extended periods of the day. 65% of the assaults reported to KOFAVIV were perpetrated against minors.

November 28 “When victims of sexual violence can access the justice system and enforce their rights, their confidence in themselves, their government, and the rule of law increases.  Successful prosecutions also send a message to their families and communities that the government will not tolerate sexual violence, nor should they.” -Mario Joseph (Photo credit: IJDH)

November 29 The 2010 earthquake left many women in a position of primary caregiver and earner in their families, but also significantly compromised opportunities to earn a living. This introduces new and specific vulnerabilities, particularly with regards to prostitution and other forms of sexual exploitation. BAI’s RAPP networks provides skills trainings and necessary networks to help women find their feet again.

November 30 These women are participating in the 2013 Carnival de Fleurs in Haiti. Most of their signs have slogans decrying violence against women and also demanding greater representation of women in the public sphere. They also emphasize the need for collaboration between men and women.

December 1 Besides the skills trainings mentioned above, the Rezo Fanm, or “women’s network” at BAI is a place for women to come together for various trainings, such as know-your rights trainings and self defense classes. The Rezo Fanm also regularly holds press conferences at BAI, on women’s rights.

December 2 Improper sanitation creates specific vulnerabilities for Haitian women and children. The UN Special Rapporteur on Violence Against Women says: Women and girls are disproportionately affected by harassment, assault and sexual violence when relying on public toilets or when forced to practice open defecation, largely due to the lack of access to a latrine at home or safe latrine facilities in the public sphere.

December 3 Women and children with disabilities have also suffered particular harm in the shadow of the 2010 earthquake. Their injuries are aggravated by a lack of social and psychological support from the government. The importance of the RAPP project in this context cannot be overstated. 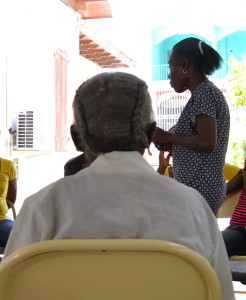 December 4 Elderly women also suffer specific risks during this process of recovery. Many of BAI’s elderly clients have not only been victims of sexual assault, but are also unable to participate in generic economic or social recovery programmes that focus on providing skills to the youth. The need to boost economic and psychological support to this group is desparate, and BAI urges domestic and international partners to develop innovative solutions to address this problem.

December 5 A response to Haiti’s sexual violence crisis must incorporate social, economic and legal aspects. BAI and IJDH’s lawyers remain in constant contact with their clients to ensure they are not only fully cognizant of their rights in the Haitian context, but also in the international context. They employ a holistic approach so the clients are fully supported. This, in turn, sows the seeds for the protection of the human rights of women in subsequent generations.

have not been spared the risks associated with sexual violence in Haiti. In recent months, members of BAI’s RAPP network have themselves been subject to violence, sometimes in the course of their work. This has not diminished the passion of Haitian women to protect their sisters and daughters from the violence. During this season of awareness, BAI commends these courage and dedication of the women who make the RAPP project possible.

December 7 As stated again and again in this post, gender-based violence is a problem that can be solved by women knowing their rights and being able to enforce them. Mario Joseph, BAI’s Managing Attorney, delivered a great speech on this fact. Read it here.

December 8 The importance of women-led networks during this period of recovery in Haiti cannot be overstated. BAI’s RAPP project brings together passionate community organisers, lawyers and social networks to demand respect for the human rights of women in Haiti. Meanwhile, the IJDH team helps amplify their message in the US and abroad.

December 9 Efforts to address the scourge of violence in Haiti must incorporate men and boys. A cultural shift that stigmatizes the act of rape rather than the status of being a victim of rape cannot take root without the participation of Haiti’s men and boys.
(Photo credit: IJDH) 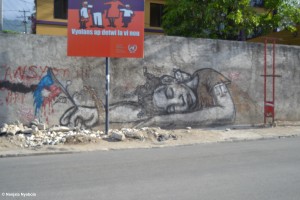 December 10 “Being able to make our own decisions about our health, body and sexual life is a basic human right. Yet all over the world, many of us are persecuted for making these choices – or prevented from doing so at all.” -Amnesty International
This Human Rights Day, don’t forget that fighting gender-based violence takes a community. Get involved!

All Photo credits to Nanjala Nyabola, unless otherwise noted above.