This article discusses the ongoing cholera epidemic in Haiti, in light of the 5th anniversary of the earthquake. While cholera victims and their lawyers and advocates are still seeking justice, some say the focus should only be on improving water and sanitation in the country. 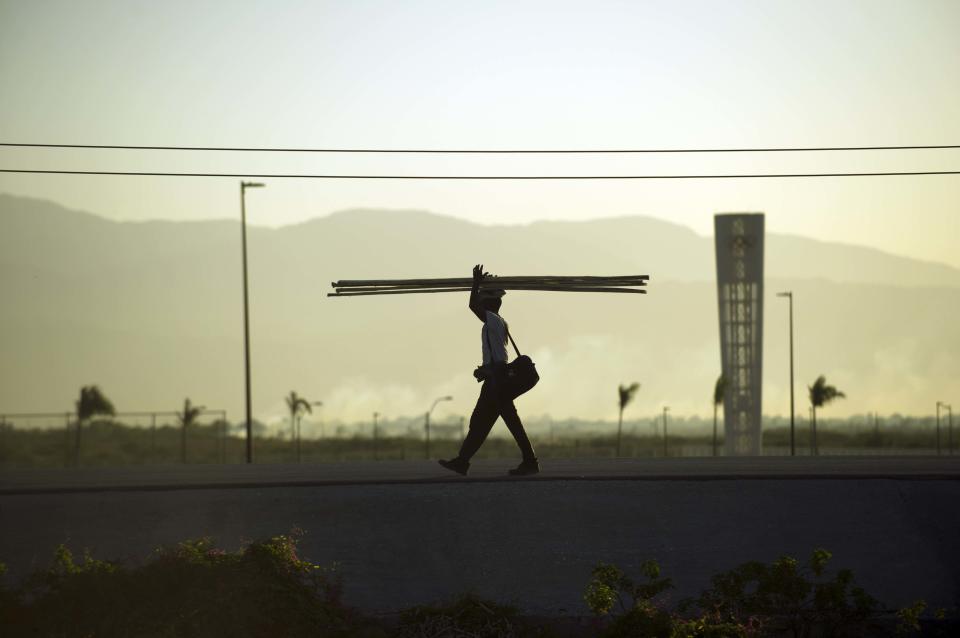 Port-au-Prince (AFP) – Five years after an earthquake demolished its capital, Haiti’s efforts to get back on its feet are still hampered by an epidemic blamed on the UN troops there to help.

The United Nations has denied legal responsibility for the ongoing cholera outbreak that has killed 8,000 Haitians, but all scientific evidence points to poor sanitation at a peacekeeping base.

Victims of the disease are attempting to sue for damages in a US court, but the United Nations and its donor states are hiding behind the legal immunity conferred on it by its founding treaties.

In the meantime, Secretary General Ban Ki-moon will only admit that the United Nations has a “moral responsibility” to help the Haitian people as they attempt to halt the spread of the disease.

As Monday’s fifth anniversary of the quake approaches, teams of Red Cross workers are going house-to-house to disinfect homes close to the latest death from the intestinal infection.

In Carrefour, just outside the capital Port-au-Prince, they found a man suffering from the disease, a strain endemic to Nepal, the homeland of the UN troops whose base has been fingered as the source of the epidemic. 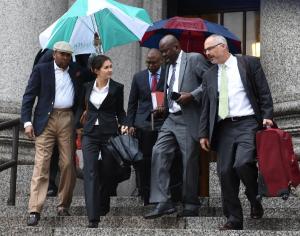 Treatment centers have been set up and the World Health Organization is working with the Red Cross to treat huge numbers of cases — around 9,000 last year, down from 200,000 in 2013.

Survival rates are up but the suffering continues, in an impoverished country which already had a fragile health infrastructure before the earthquake and before the cholera arrived.

“Look, I was like this — crawling like a baby on all fours, this is what I was like when I had it. You lose a lot of water, lots of clear water just runs through you,” said Carrefour resident Vilvert Jeanne. 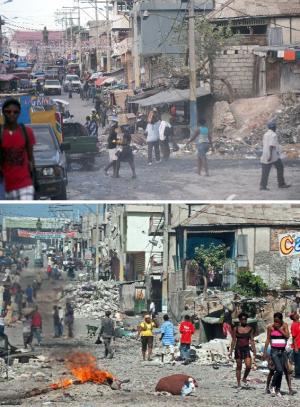 “If there had been NGOs giving out pills and advice on how to fight cholera when I had it, it would have been very helpful — but unfortunately there weren’t any.”

A judge in New York is due to decide whether or not the lawsuit — a class action brought by Haitian and Haitian-American victims of the outbreak — can go ahead against the United Nations.

The US government, as host of the UN headquarters in New York, argues that the United Nations has full immunity unless explicitly waived, as stipulated in section two of the convention.

But the victims’ lawyers say that the United Nations forfeits its right to immunity by refusing to allow the victims out-of-court settlements under section 29 of the 1946 treaty.

The issue has caused great anger in Haiti, where many resent the UN peacekeeping force that deployed to the country in 2004 to put an end to fighting between armed factions. 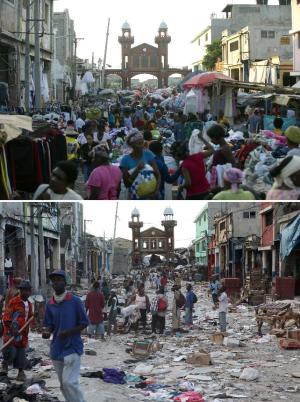 The outbreak began in Mirebalais, a central town on the Artibonite River, downstream of a Nepalese peacekeeping base where local people reported frequent sewerage overflows.

But the WHO’s resident representative in Haiti, Jean Luc Poncelet, says that seeking to blame someone distracts from the vital work of containing the disease.

“The question is not accusing people,” he told AFP.

“Why we have cholera is that for many many years there’s been no investment in infrastructure such as water distribution systems… Cholera was due to arrive in Haiti one day, that’s very clear.”

The treatment and prevention of cholera is already an expensive effort and the infrastructural improvements that would protect Haiti from future outbreaks would be a huge undertaking.

The United Nations has vowed to seek more donor money, but has yet to face its day in court.