New immigration rules in the Bahamas are resulting in many people being stateless or in limbo. Human rights groups are denouncing the decision and many feel the rules are due to anti-Haitian sentiment. The Bahamas claims that they simply want to know who is living in the country but many have been deported since November 2014. Similar scenes have played out in the Dominican Republic and Turks and Caicos recently. 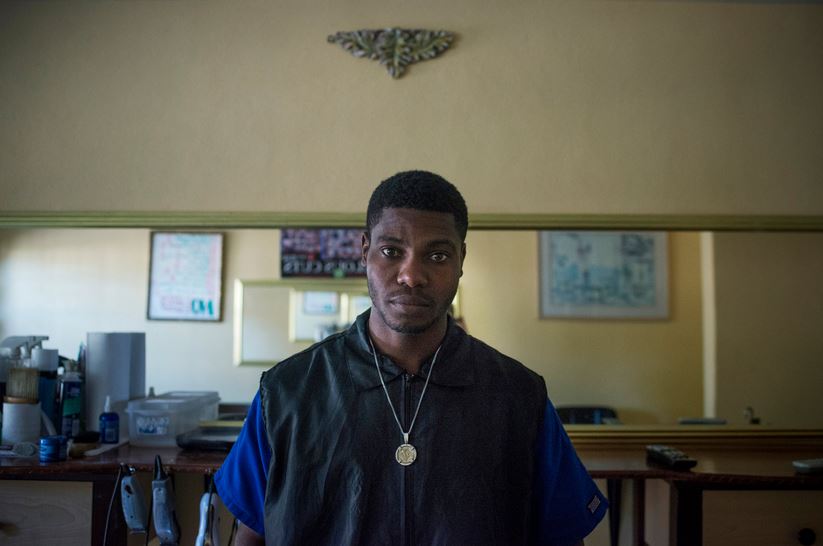 NASSAU, Bahamas — Kenson Timothee was walking down the street when a uniformed officer asked him a question that sends Bahamians of Haitian descent like him into a panic these days: Do you have a passport?

Mr. Timothee, who was born in the Bahamas to illegal Haitian immigrants, wound up jailed in immigration detention for six weeks. He is one of hundreds of people swept up in a fiercely debated new immigration policy in the Bahamas requiring everyone to hold a passport, a rule that human rights groups say unfairly targets people of Haitian descent.

Mr. Timothee had proof that he was born in the Bahamas, but because he had trouble obtaining his absentee father’s birth certificate, his application for Bahamian citizenship was never completed.

“I showed them that I had applied for citizenship, but they said that wasn’t good enough; as far as they are concerned, you are not Bahamian, you are Haitian, and you need to get deported,” Mr. Timothee said. “I don’t know anything about Haiti.” 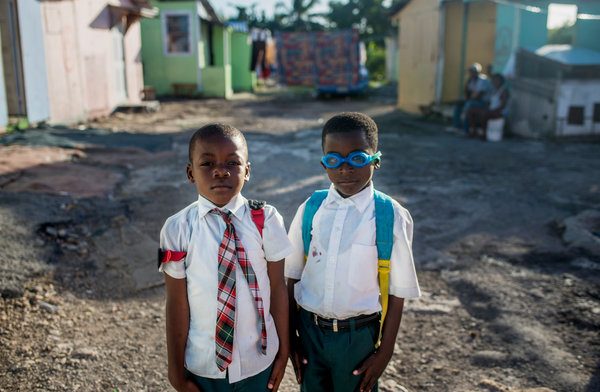 According to a strict new immigration policy, schoolchildren like these two friends of Haitian descent who were born in the Bahamas will be required to have a student residency permit to attend school next fall. CreditAndrea Bruce for The New York Times

On Thursday, the Bahamian government announced that the new policy would go a step further: By next fall, schools will be asked to ensure that every child has a student permit. The annual $125 permit and a passport with a residency stamp will be required even of children born in the Bahamas who do not hold Bahamian citizenship.

The tough new policy echoes similar stances around the region, where new citizenship policies and anti-immigration measures have overwhelmingly affected Haitians, who are fleeing the hemisphere’s poorest country and are the most likely group to migrate illegally in great numbers. The top court in the Dominican Republic ruled in 2013 that the children of illegal immigrants, even if they are born in the country, did not have the right to citizenship.

In Turks and Caicos, a top immigration official vowed early in 2013 to hunt down and capture Haitians illegally in the country, promising to make their lives “unbearable.” The country had already changed its immigration policies in 2012, making it harder for children of immigrants to obtain residency. Last year, Turks and Caicos said it would deploy drones to stop Haitian migration.

In Brazil, politicians considered closing a border with Peru last year to stem the tide of Haitians, and last month, Canada announced that it would resume deporting Haitians.

Here in the Bahamas, Mr. Timothee’s arrest coincided with stepped-up immigration raids in predominantly Haitian shantytowns, where people who lacked passports or work permits were apprehended. When illegal immigrants ran from officers, the agents knocked down doors and took their children, and the photos of toddlers being carried away circulated widely on social media.

Since the policy took effect Nov. 1, children born in the Bahamas have been deported with their parents, and others with Haitian-sounding names have been pulled from school classrooms, human rights observers said. The government acknowledges that even Bahamian citizens with French surnames are frequently arrested by mistake. In September alone, 241 Haitians were deported, according to government figures.

Though 85 percent of Bahamians support the new policy according to one poll, it has set off a round of international condemnation. A Florida legislator called for a tourism boycott of the Bahamas and organized a protest at the nation’s Miami consulate. Citing some of the more alarming cases, including that of a pregnant Haitian woman who gave birth on an immigration detention center floor aided only by other detainees, several international groups have asked the Inter-American Commission on Human Rights to intervene.

Immigration officials in the Bahamas say their policies do not target any particular group, provide a better sense of who is living in their country, and could deter thousands of Haitian migrants from taking to the high seas each year in boats that often sink.

“We had situations where 100 people were showing up every day; that’s unsustainable,” said Frederick A. Mitchell, the Bahamian foreign minister. “That situation had spiraled out of control.”

Annette M. Martínez Orabona, director of the Caribbean Institute for Human Rights, said she recently visited the Bahamas to investigate the new policy, arguing that it fit into a broad context of immigration crackdowns in the region.

“It’s all guided by discriminatory practices toward persons of Haitian origin,” she said.

Children like Mr. Timothee’s 5-year-old daughter are in a particularly precarious legal situation, she said. If nationality is passed down by blood and Mr. Timothee has no citizenship, then what passport would his daughter get?

“The third generation is in a black hole,” Ms. Martínez said.

In the Bahamas, the Constitution says that people born there to parents who were not citizens have the right to apply for citizenship between their 18th and 19th birthdays. In a country where one in 10 Bahamians is of Haitian descent, many people never apply, and others face years of administrative delays, leaving an untold number of people in the country without documentation.

The new policy forces them to apply for a passport from their parents’ country of origin. Americans who have children in the Bahamas regularly get United States passports for them, and this is no different, Mr. Mitchell said.

“There’s nothing wrong with being Haitian,” Mr. Mitchell said.

But the people affected by the new policy are leery of obtaining citizenship from Haiti, a country most of them have never visited.

“It’s a trick,” said Fred R. Smith, a civil rights lawyer in the Bahamas who has become the policy’s most vocal critic. “Once you apply for a Haitian passport, you’re already a citizen of another country, and you no longer fit into a category where the Bahamas is under an obligation to give you citizenship. You are no longer stateless.”

He said the government had routinely descended on an area, apprehended a few hundred people, and “hauled off” anyone who could not produce papers on the spot. The majority of detainees are released when their relatives or employers come to the detention center with their paperwork.

Some people have been deported even though they were born in the Bahamas. People like Mr. Timothee, whose citizenship status is pending, wind up in limbo. Others, like Rose St. Fleur, have been sent home with an admonishment to carry their paperwork.

Ms. St. Fleur, a 29-year-old Bahamian citizen, said she had been picked up twice since October. She was 32 weeks pregnant when neighbors watched agents drag her down the street onto a bus, she and her neighbors said.

Many people have not been able to obtain documents because the paperwork required, including certified copies of both parents’ birth certificates, is difficult to obtain. The Haitian government, itself crippled by political infighting and a halting recovery from the earthquake five years ago, has been unable to speedily produce records for the hundreds of thousands of people in the Dominican Republic and the Bahamas who are suddenly in need of decades-old birth records.

Because of delays in obtaining Haitian passports, thousands of Bahamians are now at risk of having no nationality at all.

“The person who may have a delay in getting papers is not stateless,” Dwight L. Beneby, the Bahamas’ assistant director of immigration. “It’s not that we’re trying to get rid of people or trying to get out of giving them citizenship. If you are here, let’s know who you are.”

Francois Guillaume II, who was Haiti’s minister of Haitians living abroad when the policy was announced, said the new policy came without warning.

“It’s troubling when we have cases of people who have never lived in Haiti and are sent to a country that is completely foreign to them,” said Mr. Guillaume, who lost his position in a recent ministerial shuffle. “It must be traumatizing for them.”

Most of the Bahamian-born deportees were children, but one was 18 years old, and it was unclear why she was not given the opportunity to seek legal residency, he said.

“I don’t think there is an anti-Haitian sentiment in the area; I believe there are countries experiencing social pressure and are trying to look for solutions,” Mr. Guillaume said. “Some solutions are rash. Sometimes they are politically motivated. Nonetheless, we hope the solutions respect international norms.”

Because of an editing error, an earlier version of a picture caption with this article misstated the effects of the Bahamas’ new immigration policy on the two boys pictured, born in the Bahamas but of Haitian descent. The boys have always been considered Haitian; that is not among the policy changes. (The new policy requires everyone to hold a passport, and as of next fall will also require all schoolchildren who are not citizens to have a student residency permit.)