Haiti Finally Has An Elections Calendar

Haiti is currently in a political crisis after the government put elections off for years until the terms of most legislators expired, leaving Parliament non-functional. There has been lots of controversy over the new Cabinet chosen after Prime Minister Lamothe resigned, and the Provisional Electoral Council chosen to lead the elections but finally the government has set some dates: The first round of legislative elections will be August 9, the second round and presidential and local elections will be October 25, and if a second round for president is needed, that will be December 27.

After years of delays, Haiti at last sets election dates 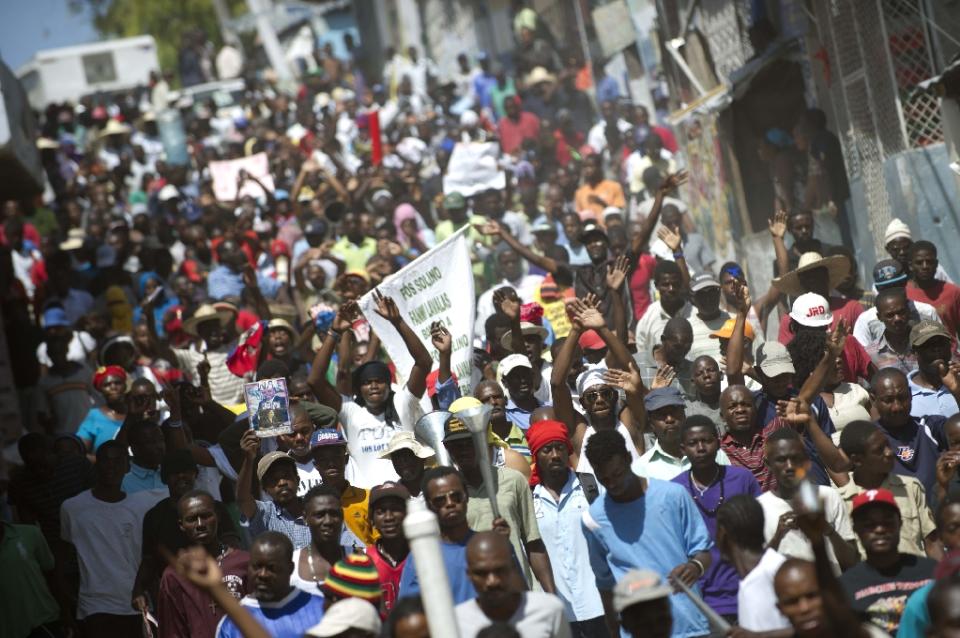 Port-au-Prince (AFP) – The Haitian government said Sunday it would hold elections later this year, a significant step that follows years of uncertainty about the fragile Caribbean nation’s democratic process.

The first round of legislative elections was set for August 9, with the second round scheduled alongside presidential and local elections on October 25, the Ministry of Communication said in a statement.

A second round of presidential voting was set for December 27 in case no one wins the first round outright.

President Michel Martelly is committed to “facilitating free elections that are credible, independent, transparent and inclusive,” the statement read.

Haiti has delayed holding elections for three years and parliament’s mandate expired in January, leaving Martelly the sole leader of the impoverished country, where sometimes violent protests have erupted on the streets.

Martelly attempted to calm the situation by naming Evans Paul, an opposition figure, as his prime minister and signing a deal to hold elections by the end of the year.

Opponents of the popular singer-turned-politician accuse him of manipulating the crisis to engineer the collapse of parliament in order to rule by decree — like Haiti’s former dictators.

In turn, his camp accuses the opposition of thwarting attempts to hold elections by refusing to pass a new electoral law that would set up and fund a commission to oversee polling.

The international community is increasingly concerned that the crisis will hurt efforts to rebuild Haiti in the wake of the 2010 earthquake and a later cholera epidemic blamed on UN peacekeepers.