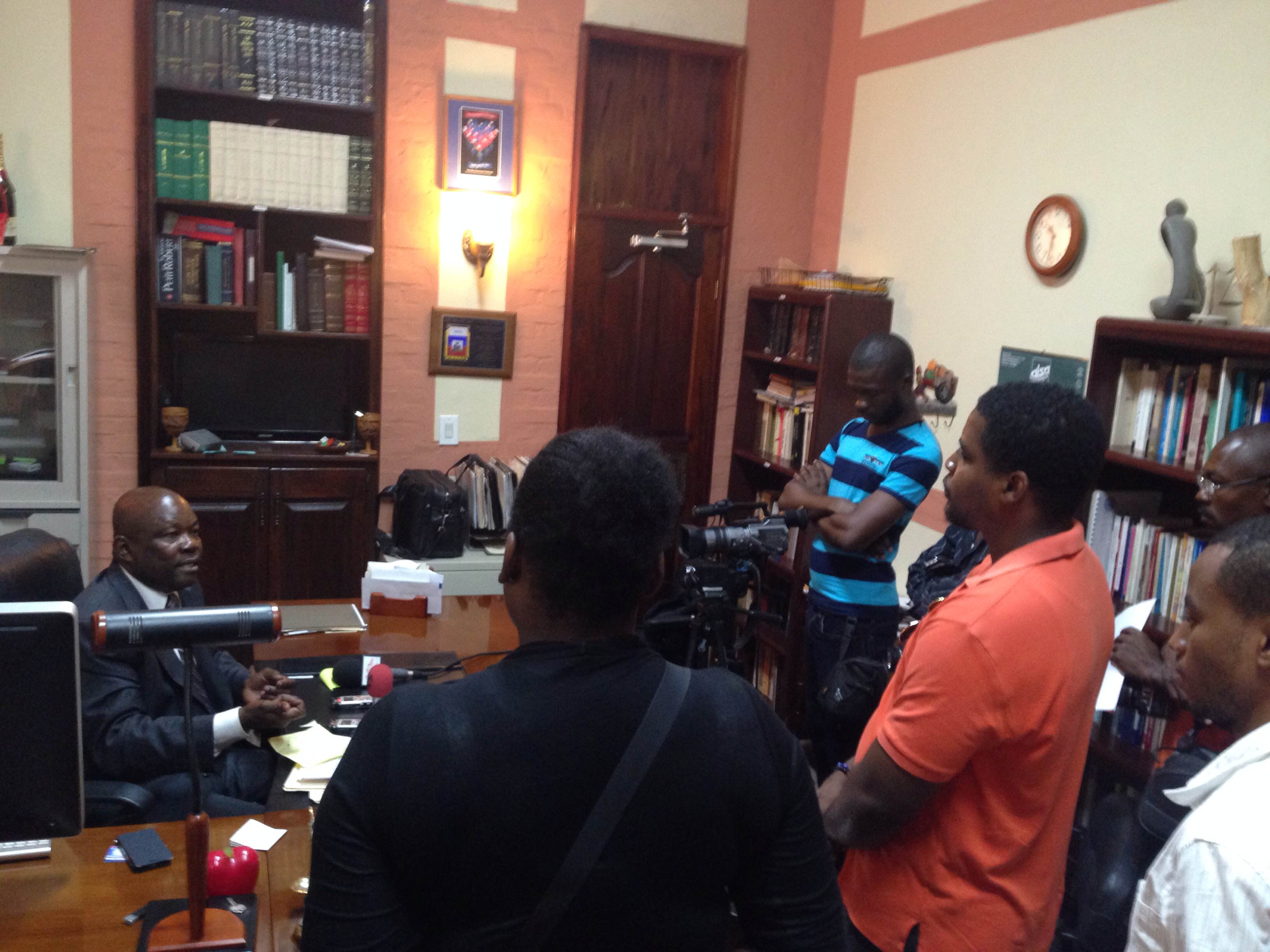 The reason we called the press here today is to inform the press about the progress we’ve made in the cholera litigation. We would also like you to remain informed about BAI’s current fight for justice for cholera victims.

We were before a federal judge in the Southern District of New York, and on the 9th of January, the judge dismissed our lawsuit holding that the United Nations (UN) has immunity in the United States (US).

There is, however, something that we want to remind the press: Until this day, the UN has refused to present itself before the federal court. The US State Department has made the arguments on behalf of the UN. The US government, therefore, stands in opposition to the cholera victims and is arguing for UN immunity.

We had always said that no matter the basis of the verdict from the trial court’s decision, we would file an appeal.

On about the 12th of February, we made a Declaration of Appeal to notify the court we would be submitting an appellate brief. After the filing, there is a brief delay to allow you to prepare your briefs. On the 27th of May, we filed our appellate brief.

On the 3rd of June a number of organizations in the international community filed amicus briefs on our behalf. These briefs are really important, which is why today we provide members of the press with the press releases detailing the arguments made in support of our appellate brief. Amicus briefs are used in Haiti, but not as often. And so we hold this press conference today to show victims and for everyone to know that it is not just BAI who is engaged in this fight for justice, but we have a lot of allies in the US and elsewhere who are supporting this case. All of this support will allow us to continue pursuing this lawsuit.

Eleven associations representing the Haitian diaspora filed a brief listing both moral and legal reasons the judge should rule in favor of the victims.

We also have six former UN officials, who explain that the United Nations’ reaction to the cholera epidemic is unjust and abnormal. They demand that the UN eliminate cholera in Haiti.

We also have sixteen experts in European law who filed briefs, and they discuss the question of the immunity of the United Nations.

And we have six eminent professors of US constitutional law who explain that the UN should be subject to the rule of law and they do not have sovereignty in this instance.

So we came here to say that we are still involved in this battle so that UN can provide restitution for the victims of cholera. We also would like to let the victims know that it’s not just the BAI/IJDH but it’s individuals and organizations from countries across the world, who are participating in this. There are a lot of people who believe that the United Nations does not benefit from unchecked immunity.

I would however like to clarify something. Thee are a lot of people who think that we believe that the UN does not have immunity. That is not our issue. We do think that the UN has immunity in certain instances, but when we think of the Convention on Privileges and Immunities for United Nations (CPIUN), that the American government has also signed. We see in section 29 of the CPIUN, it says that when the UN is involved in a private law conflict, they must develop mechanisms to regulate the conflict accordingly.

Additionally, the UN’s Status of Forces Agreement (SOFA) signed with the Haitian government in July 2004 provides the UN with conditional immunity with the understanding that it would form a standing claims commission. But the commission was never formed. So how will victims ever get reparations if that commission doesn’t exist? Therefore this is our primary issue in this battle: the UN does not provide recourse for private law claims.

So now we bring this issue before three appellate court judges, before this we were before one district court judge. We believe we’ll get there, we believe we’ll win a permanent UN commission to allow cholera victims and all other victims to obtain justice and reparations.

So we’re holding this press conference to update the press about this monumental litigation. Furthermore, we invite the press to cover this lawsuit, which I believe is going to be historical.