More than 5 years after Haiti’s 2010 earthquake, many are still asking “where did all the money go?” This article analyzes the effects of aid efforts that don’t acknowledge the opinions or needs of the local population and end up hurting more than helping, like the Caracol Industrial park built in the north of Haiti. Supposedly, the park was part of the Clintons’ efforts to “build back better” but it hasn’t lived up to any of its promises and even resulted in subsistence farmers losing their fertile land. The article also discusses food insecurity in Haiti.

Haiti shows how wealthy countries ‘continue to cause disaster’

Workers get paltry wages at foreign firms that ‘extract the profits from their labour,’ researcher says 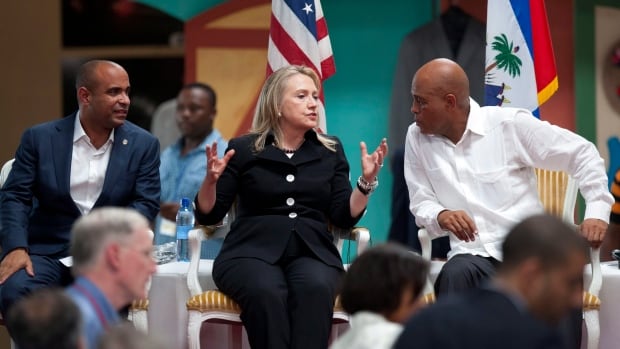 An aid project in Haiti brokered by U.S. presidential hopeful Hillary Clinton is having unfortunate and unintended consequences, according to new research from a Western University scholar that questions the merits of wealthy countries’ economic interventions in the developing world.

Recent PhD graduate Marylynn Steckley spent nearly six years with her young family living in Haiti, both as an aid worker and as a researcher.

“I’m now struggling to see what the good ways of helping are,” Steckley says. “Wealthy nations continue to cause disaster, poverty in Haiti. And the path to understanding is looking at how we contribute to that destruction.”

Haiti is ranked the most food-insecure country in the Western Hemisphere.

In the wake of the 2010 earthquake that claimed the lives of up to 300,000 people, more than $10 billion was pledged by the international community. Of that, only about $4 billion has been allocated, but not all of it spent.

And of the money that was allocated toward economic development, Steckley says, it tends to benefit the giver more than the receiver.