At the beginning of the demonstration the protesters in front of the US Embassy in Port-au-Prince chanted “Obama e Martelly ap kraze peyi a.”

The grim message was belied by the exuberance of the protesters: US President Barack Obama and Haitian President Michel Martelly are trying to crush Haiti.

It was the second protest in as many weeks. The first, on Jan. 21 had both an immediate and long term goal: the cancellation of elections scheduled for Jan. 24 and the end of interference by the international community – chiefly the US – in Haiti’s democracy. 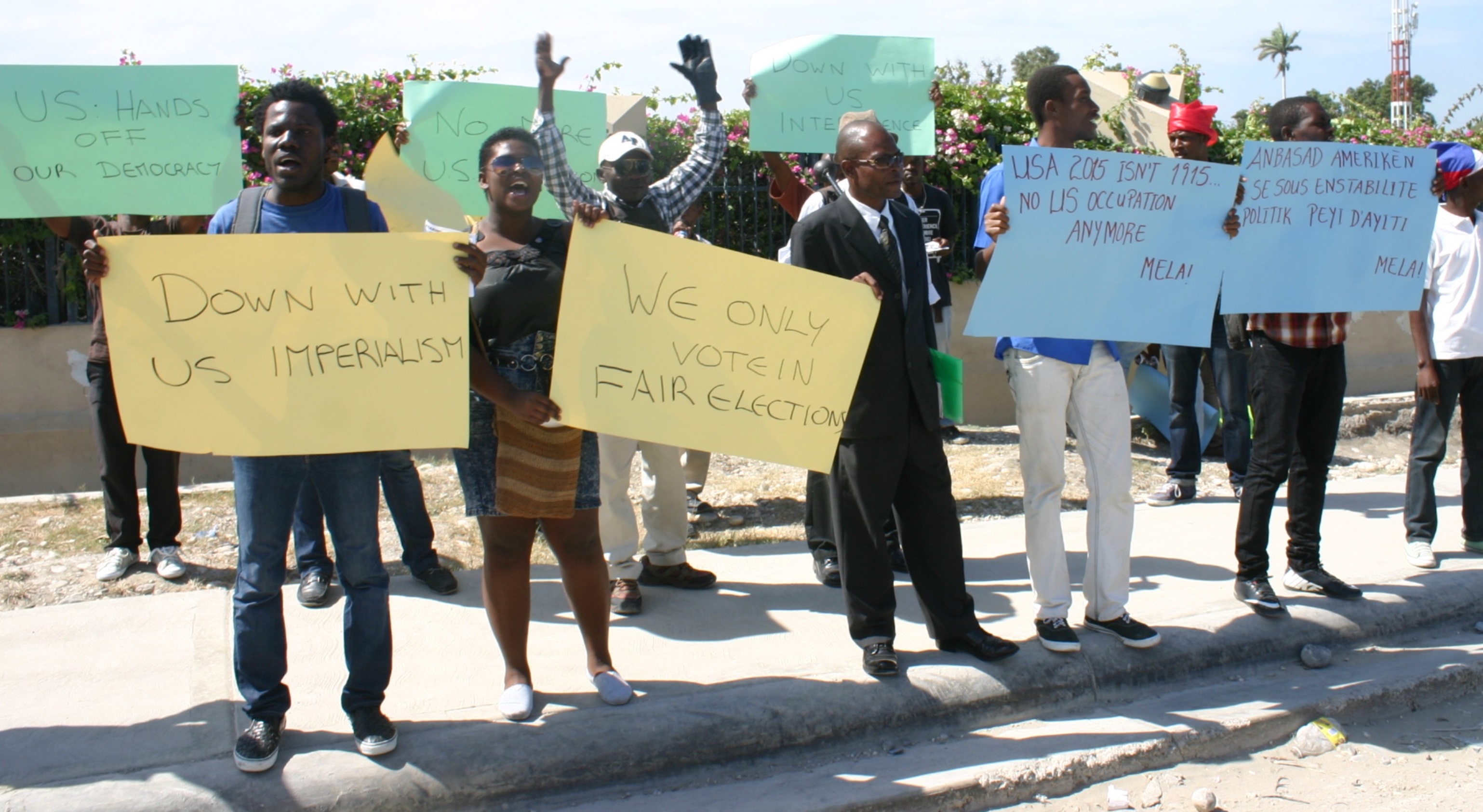 The first goal was met when, late in the afternoon on Jan. 22, Haiti’s electoral commission canceled the elections scheduled to start less than two days later.

Somewhat shamelessly, the commission blamed the cancellation on security issues – not on the allegations of massive fraud that had tainted the results and brought thousands and thousands of protesters into the streets. Security issues, not the fact that there was only one candidate running – Michel Martelly’s handpicked successor Jovenel Moise. His would-be opponent, Jude Celestin, declined to participate, declaring the exercise an electoral farce.

So, the job for the protesters wasn’t yet done.

“Despite their failure to impose fraudulent elections in Haiti, the United States is still seeking to impose a puppet president,” said Mario Joseph, leader of the Bureau des Avocats Internationaux, one of the organizers of the protests. “International interference has impoverished and weakened Haiti. It is clear that the international community is interested in increasing its own power and the wealth of foreign companies to the detriment of the Haitian people.”

And so more than 100 protesters headed back to the US Embassy on Jan. 28, chanting “Aba enjerans! Aba okipasyon! Aba dominasyon!” (Down with interference! Down with occupation! Down with domination!”)

While the protest was mostly about fair elections, Haiti’s cholera epidemic – sparked in October 2010 by the negligent sewage disposal of United Nations peacekeeping troops – was top of mind too.

Whenever a UN vehicle went by – which was often – the protesters would chant about cholera, something they were well-practiced at. Since the beginning of the epidemic – which has killed more than 9,000 people and sickened nearly 800,000 – there have been many protests demanding justice for its victims. 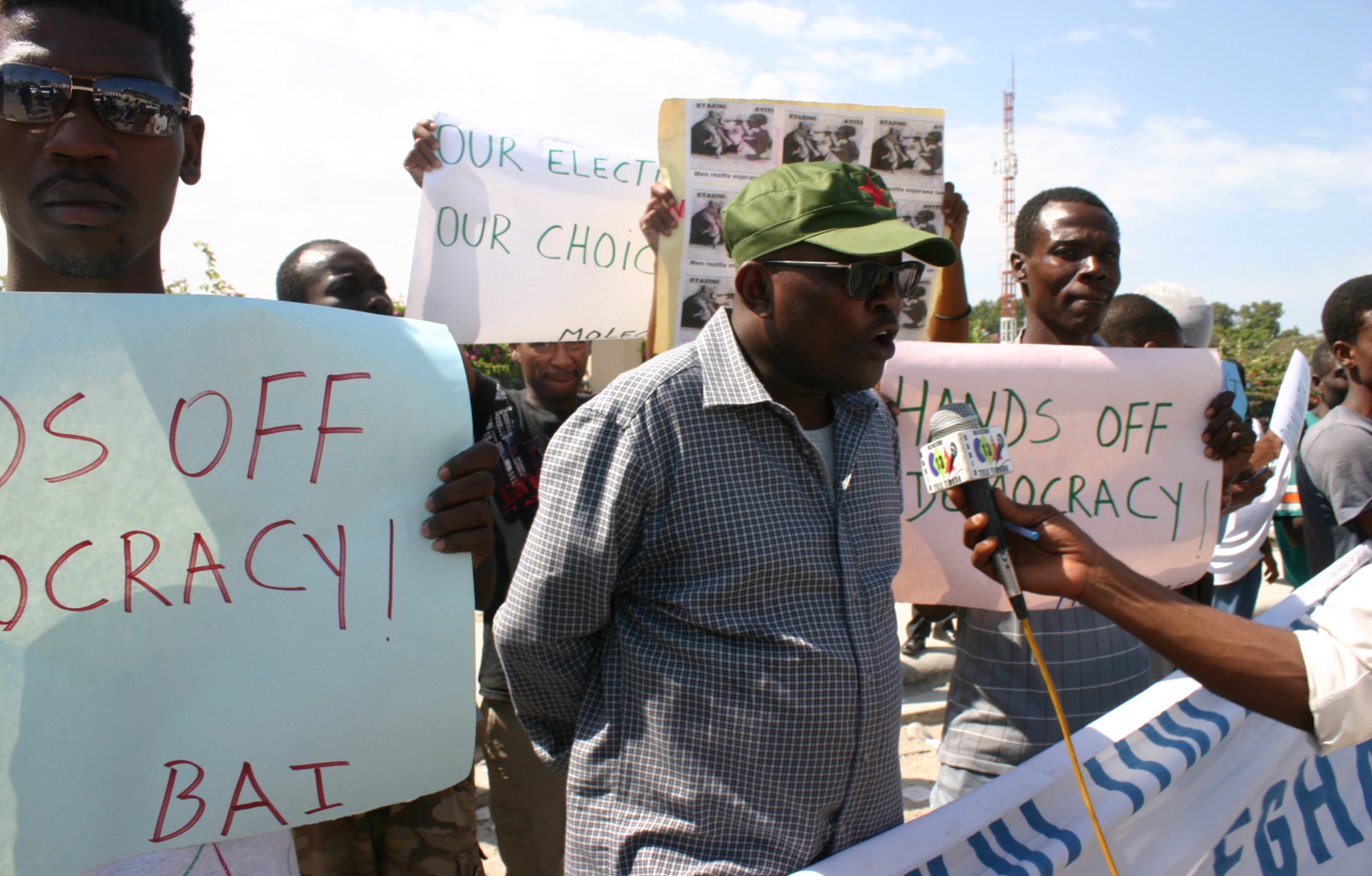 Toward the end of the demonstration, the protesters began a new chant, one that seemed in answer to their earlier one about those in power trying to crush Haiti: “Obama pap janm kraze peyi a.” Obama will never crush Haiti.

In his statement to the press, Joseph gave the protesters’ true demands:

“Today a transition free from foreign interference is necessary to define a more just and equitable future: a new plan for education, health, housing, work, and respect for the fundamental and inalienable rights and dignity of the Haitian people.”