Despite warnings, US pushes for fraudulent elections to proceed

With daily protests and one candidate boycotting, many fear that holding elections on January 24 will result in major violence in Haiti. Still, the Haitian (besides the Senate) and US governments are pushing for the elections to proceed regardless. Apparently, “Some experts wondered whether American officials were worried about being called before Congress to testify about the money spent on such a flawed process.” Either way, Haitians are not likely to let such fraudulent elections proceed without a challenge.

U.S. Presses for Haiti Runoff Vote Amid Fears of Violence and Fraud 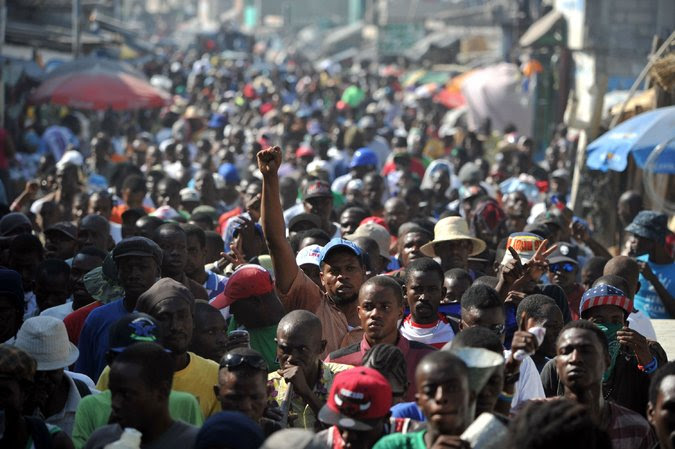 After spending more than $33 million on a widely discredited election in Haiti, the United States has been pressing the country’s leaders to go ahead with a runoff presidential election this Sunday, despite a growing chorus of warnings that the vote could lead to an explosion of violence.

Haitian leaders, political parties and others have denounced the first round of voting in October as a fraud-riddled fiasco and protested in the streets to stop the runoff. One of the two remaining candidates says he is boycotting, effectively making it a one-person race.
President Michel J. Martelly took to the airwaves on Thursday to warn that protests on Election Day would not be tolerated. Civic, business and religious leaders are engaged in tense back-room negotiations to broker a deal in an effort to avoid violence and put off the race. Eight election observer organizations have pulled out over the fraud accusations and chaos, including a Haitian group funded by the United States.