In discussing the statistics of people of Haitian descent rendered stateless by the Dominican Republic (DR), it can be easy to overlook the individual human stories. This article reminds us how these discriminatory laws have put many dreams and futures on hold through the story of a young boxing champion whose identity is no longer recognized by DR.

Dominican Republic: Meet the stateless boxer who dreams of being the next Floyd Mayweather 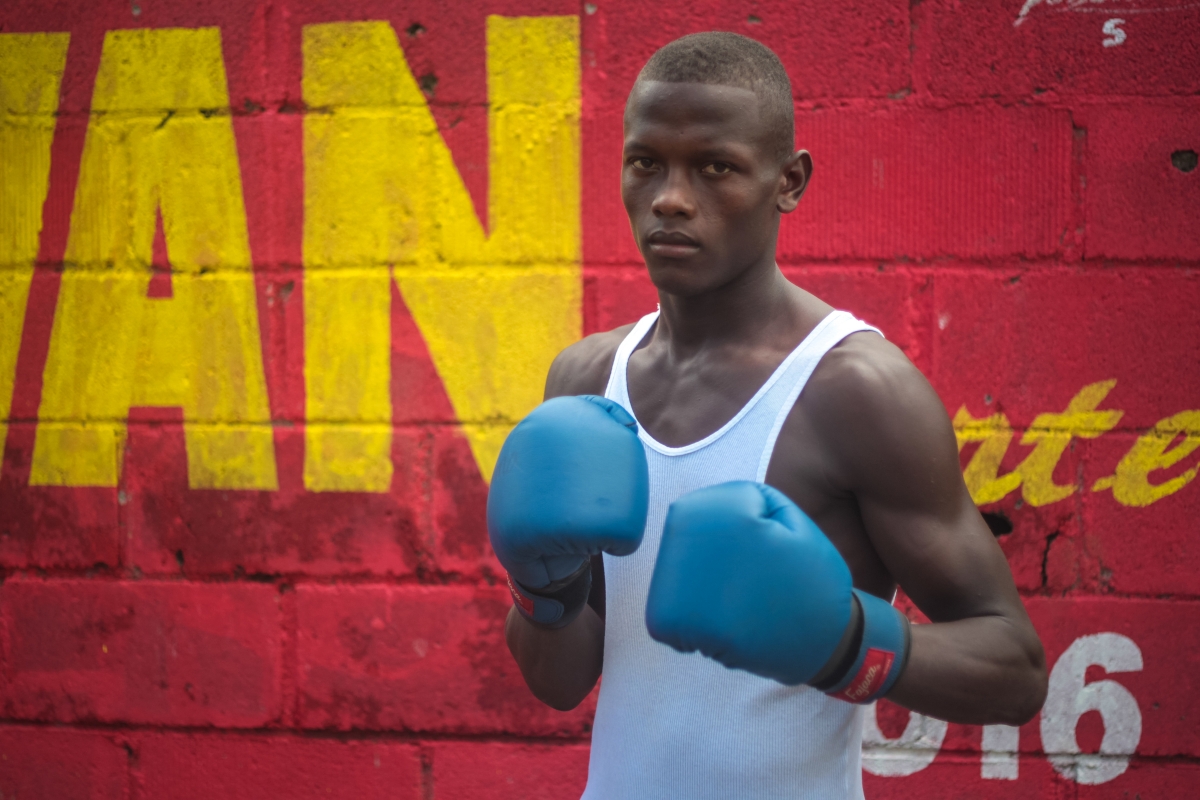 When Adonis Peguero Louis won the pre-selection test to join the Dominican Republic’s national boxing team, the young man’s future played before him. As if watching a film, he saw himself headlining fights across the country, travelling to arenas in cities he had only visited through the small TV screen that rests in the corner of his crammed living room, coming face-to-face with his childhood heroes.

He vividly imagined becoming a hero himself – the kind that starts life with empty pockets but then manages to save all those around him from poverty. And it was not daydreaming. From the first time Adonis slipped on his blue boxing gloves, he had shown the kind of talent only stars are born with. The collection of medals that decorate his bedroom’s walls show just how good he is.

“Boxing has been my passion since I was a kid. I always watch my heroes fight and I want to be like them: Floyd Mayweather, Sugar Ray Leonard, Abejón Fortuna, Mohammad Ali, Óscar de la Hoya. I know I have the talent to go far and help my family,” said Adonis.

But there is a problem. Adonis’ parents were born in Haiti and just like thousands of others who have been living in the Dominican Republic for decades, they were not allowed to register their son’s birth. This prevents the young boxer from having an identity card and claiming his Dominican nationality.

This small multi-coloured piece of plastic became the sharp needle that burst Adoni’s bubble. Without it, he is prevented from studying, seeing a doctor, finding a proper job and continuing the process of joining the national boxing team and pursuing his passion. In the Dominican Republic, talent is no longer enough for young people to pursue a better future. By all accounts, Adonis is a ghost.

“I had great hope. I know I have the talent to be part of the national boxing team, but because I don’t have identity documents I cannot go after my dreams. It was an amazing opportunity but I had to see it pass me by,” Adonis said.

The young boxer speaks quietly, with a shy tone. He glances through a small window in a grey-walled room to the dusty road that separates his humble home from a large piece of green land where young boys run, laugh and play baseball. Adonis sees himself in them. Just as he did as a young boy, they all dream of the day they will be discovered by an American coach (the Dominican Republic is renowned for exporting athletes to the USA) and given the chance to shine.

But for many of them, just as for Adonis, hard work is not enough. Also born to Haitian parents or grandparents, many are also likely to be denied any form of identification that recognizes their Dominican nationality. Just like Adonis, they are sentenced to a life of discrimination, marginalisation and poverty.

The Dominican Republic has a long and disturbing record when it comes to the treatment of Dominicans of Haitian descent, like Adonis. Since the early 1990s, Dominican-born people of Haitian descent have become the target of a number of administrative, legislative and judicial decisions aimed at restricting their access to Dominican identity documents and ultimately to Dominican nationality. This, in turn, prevents them from accessing basic services such as formal jobs, healthcare and higher education.

In September 2013, the Dominican Constitutional Court ruled that children born in the country since 1929 to undocumented foreign parents are not entitled to Dominican nationality. The ruling arbitrarily [and retroactively] deprived tens of thousands of people of their nationality and effectively left many of them stateless. The vast majority are the descendants of migrants who came from Haiti, the neighbouring country with whom the Dominican Republic shares the same island in the Caribbean.

The authorities tried to mitigate the effects of this discriminatory judgement but, along the way, have created a number of intricate processes and categories of people that most find impossible to navigate. A six-month naturalization programme, which expired a year ago this week, on 1 February 2015, has proven inadequate.

Hundreds of people say that they never received information about the programme and only learnt of its existence after it had already expired. Many claim that the list of papers they were required to show was impossible to comply with. This included a signed declaration by a midwife or seven witnesses who could testify that they were born in the country.

Now, people are forced to face a legal labyrinth so intricate it is almost incomprehensible. Authorities in the Dominican Republic fiercely contest the fact that tens of thousands of people in the country have been rendered stateless, but a recent Amnesty International report into the issue debunks this myth.

The government said people had many opportunities to regularize their situation, a claim Amnesty International has also found groundless. Some nationalist sectors even suggested Dominicans born to Haitian families should go “back” to Haiti, even though most do not have any direct links to the country of their ancestors and have lived all their lives in the Dominican Republic.

“I have never been to Haiti. I do not know anyone there. If I was sent there I would not know what to do, how to survive,” said Adonis.

Across Guanuma, in the outskirts of the Dominican capital Santo Domingo, dozens of others share his story. A mother of six who cannot access proper medical care, the shop owner whose daughter cannot pursue higher education despite her remarkable grades, the many who struggle to find a proper job.

But despite everything, Adonis refuses to give up. He puts on his trainers and gets ready to go for his second long run of the day. He still hopes one day he will be able to take up the offer to join the national boxing team and, when the day comes, he wants to be ready.