On February 9, 2016, Mario Joseph received an honorary Doctorate from Moravian College in Pennsylvania. We are very proud of Mario’s accomplishment and honored to have our human rights work celebrated. 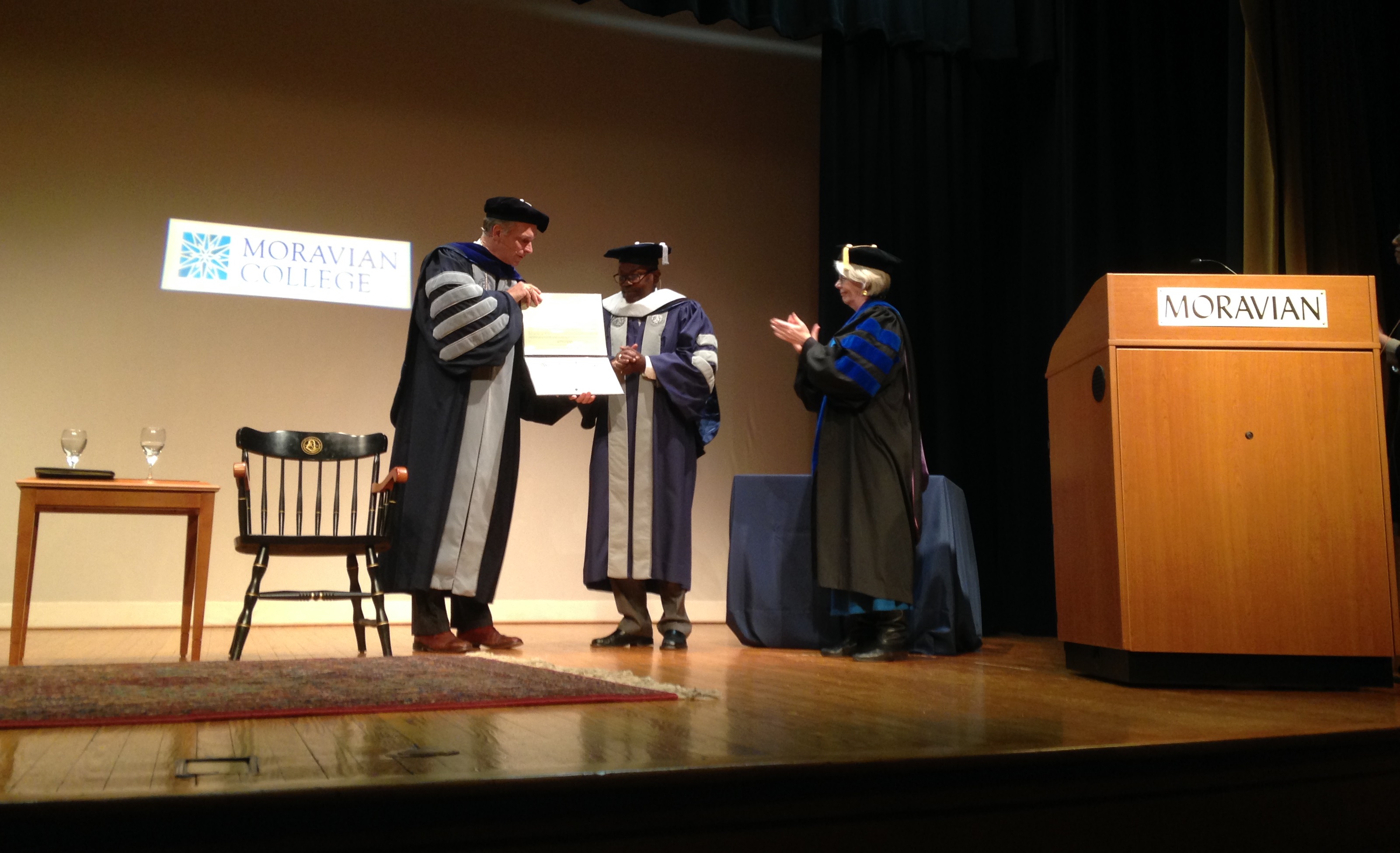 Thank you Professor Aziz for that kind introduction.

I would like to say “Bonswa”- hello in Haitian Creole- and “Mesi”- thank you- too for inviting me to address you today, and for making me an honorary member of the Moravian College community.

Bonswa and Mesi  to President Grigsby and Provost Kosso.

Bonswa and Mesi as well to Professor Joyce Hinnefeld.

Bonswa to all the other distinguished faculty and students, and mesi  for coming together tonight to discuss human rights in Haiti.

It is a special privilege for me to connect with the tradition of popular universal education that Moravian College represents. Because almost 500 years after John Amos Comenius declared that education should be for everyone, “Not the children of the rich or of the powerful only”, in my hometown most children cannot attend school.  Most of my friends growing up, and my siblings, had no chance to get an education. I was one of the lucky ones, but when I was in high school, I needed to live with relatives in the nearest city, because there was no school for me in my area.

But in Haiti we also need better friends and neighbors. The US and Haiti are the two oldest countries in the Americas, so we have been neighbors a long time. Your country has done many good things for Haiti. But the United States has also taken many actions that are neither good for our democracy nor consistent with your democratic ideals.

The US refused to recognize Haiti for 60 years, because we were freed slaves and you still enslaved. The UN peacekeepers that brought cholera to Haiti were sent to Haiti at your government’s request, and following a coup d’etat that the United States supported and helped carry out.

Haiti now has a political crisis, caused by a President who refused to hold fair elections. But President Martelly, who left office on Sunday, was in large part placed in office by the U.S. government, and the US was his strongest supporter and defender. 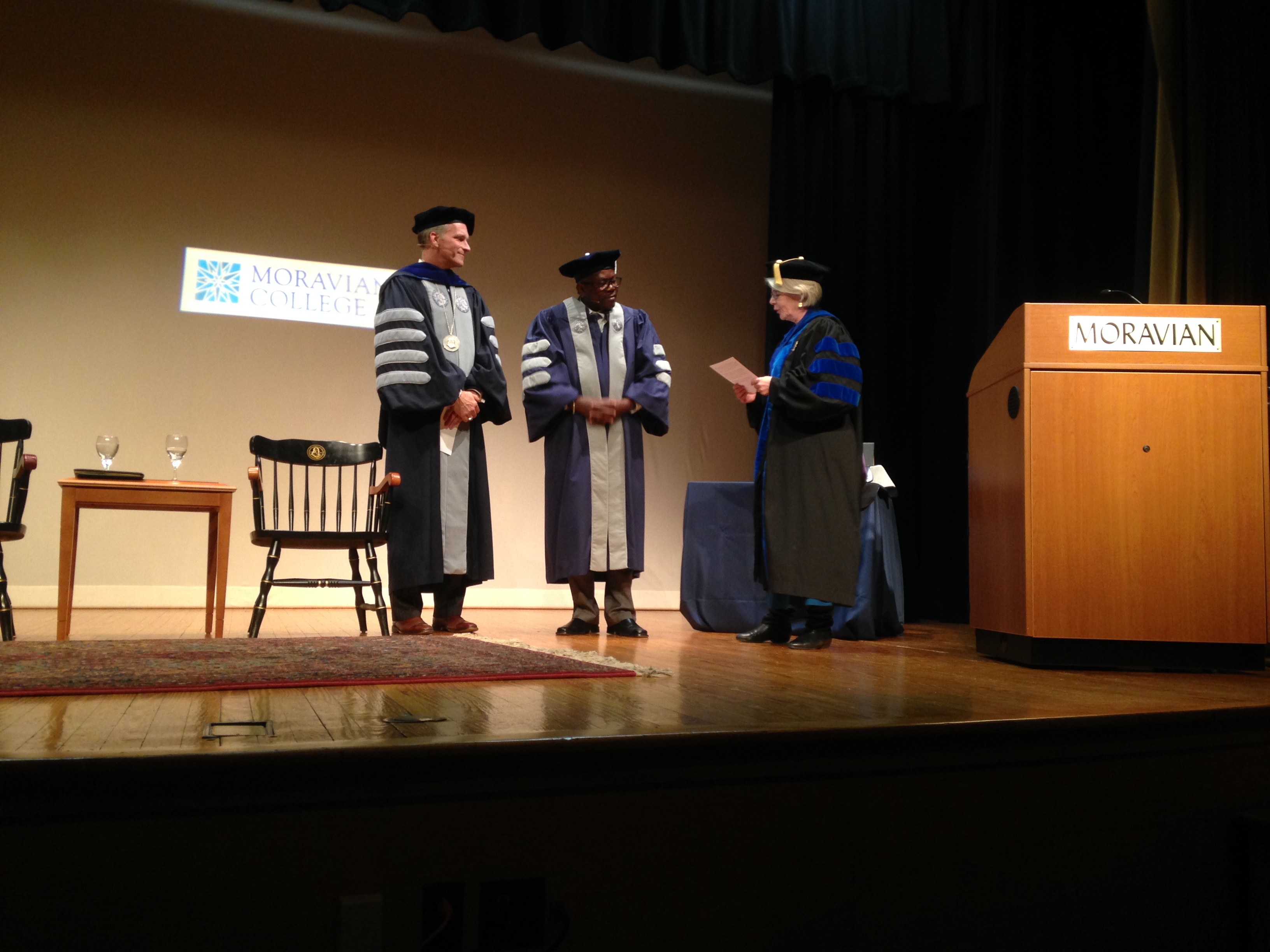 In my country, we have a saying: men anpil chay pa lou: many hands make the load light. We know that it takes many hands to carry the load of harvesting a crop, building a school and constructing a democracy.  I work every day with inspiring activists who are putting their hands together to build a better Haiti. We will keep working hard, but we need your help.

Tonight I would like to challenge you to “be a little revolutionary” about what your tax dollars and your votes are doing in my country. Use the skills you are building here to learn more about our history together. Use your power- as a voter, an educated person, and a donor to advocate for a US policy that respects the US ideals of freedom and human rights.

We can all start by sending a message to the United Nations, that people at Moravian College care about the cholera victims. We have some postcards** that will help. Thank you for filling them out and sending them, and I look forward to working with you for justice in Haiti!

*Before receiving the award, Mario presented the film Baseball in the Time of Cholera and, along with Brian Concannon, led a discussion on it.

**As part of the Face Justice campaign for UN accountability for Haiti’s cholera epidemic, students are sending postcards to the UN with photos and stories of cholera victims, including their own personal demands for cholera justice.