The parallels between Martelly’s presidency and Trump’s campaign

In a thought-provoking piece, Jonathan Katz compares Martelly’s (whose presidential mandate ended on February 7th) campaign in 2011 to the current Donald Trump campaign. In addition to both being pop stars before turning to politics and being considered “jokes” at the start of their campaigns, Martelly and Trump garner their support from frustrated men who feel dismissed by establishment politics. Katz suggests that there might be disastrous consequences if Trump accesses power, based on Martelly’s calamitous record as a president between 2011 and 2015.

What Happens When a Celebrity Becomes President 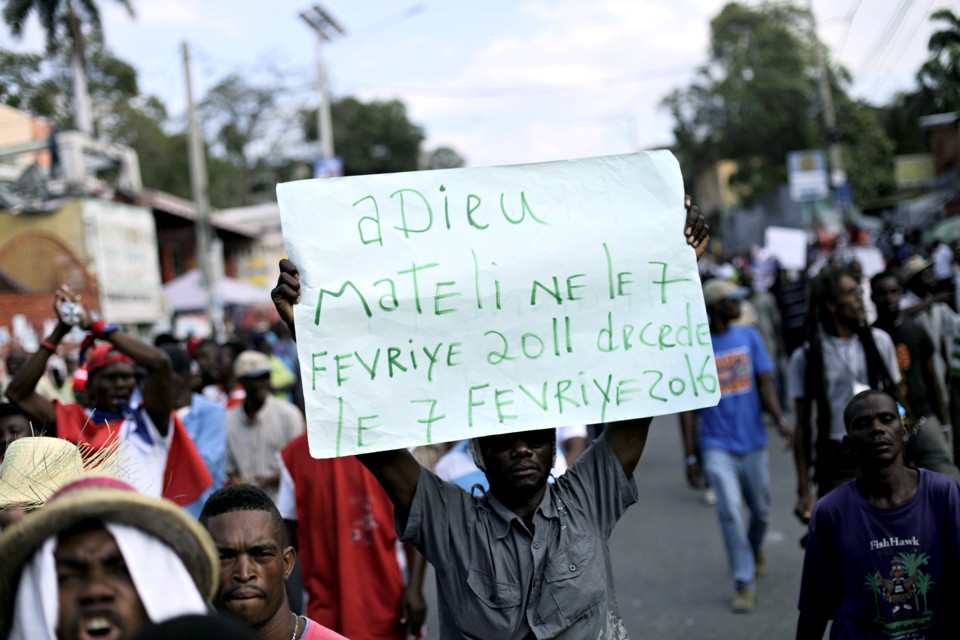 With his country descending into its worst political crisis since a 2004 coup d’etat, and thousands of people demanding his resignation in the streets, Haiti’s embattled outgoing president, Michel Martelly, went back to basics last week: He released a new song.
Before Martelly became head of state five years ago, he was a pop star known as “Sweet Micky.” Micky was famous for saying or doing anything to get a rise out of a crowd. He would provoke them, insult them, or seduce them with his velvet baritone and bad-boy charm. A lot of it was your typical rock or rap rebel shtick—bragging about sex, drugs, and generally being an outlaw. But Micky’s genius move was combining that with the unleashed, upside-down spirit of kanaval, the Haitian Mardi Gras. Sometimes that meant Martelly performed in a halter-top and miniskirt. Sometimes he’d just go naked.
If the transformation of audacious showmanship and fame into political power reminds you of a certain real-estate mogul turned celebrity candidate in the United States, well, it should. Martelly presaged Donald Trump in a lot of ways. Before his election, Martelly’s supporters liked to say that, because he was already so rich and famous, their candidate couldn’t be bribed or bought. Every time he’d insult other candidates or critics, or just say what other politicians wouldn’t, disaffected, angry voters—especially young, unemployed men furious about their endless poverty and the failed response to the 2010 earthquake—just loved him more. In one recording, purportedly made days before the 2011 presidential runoff, Martelly informed a crowd that members of the rival left-wing Lavalas party of ousted former President Jean-Bertrand Aristide were “ugly” and “smell like shit.” “Go fuck your mother, Lavalas. … Go fuck your mother, Jean-Bertrand Aristide,” he said, over cheers and peals of laughter. (The phrase is even dirtier and meaner in Haitian Creole.) Then he challenged them to come to his house and kill him.The competition dismissed Martelly’s candidacy as a joke, at first. The press did too, but that didn’t stop us from covering him—he made great copy.
Martelly eventually became a more sober candidate with the help of political advisors who had previously worked on campaigns with Mexico’s former president Felipe Calderon and John McCain in the United States. That polish, and his full-throated support of foreign investment, won him the key backing of the Obama administration, which continued right up until the end of his presidency.But after five years of stalled and canceled elections, rising insecurity and poverty, political violence, and accusations of corruption, Sweet Micky’s novelty has long since worn off. In his last weeks in power, before protesters forced him to step down at the end of his term on Sunday, any vestiges of presidential restraint had worn off too.