A UN-led panel found that the United Nations compromised the lives and health of inhabitants of camps in Kosovo, which were built on a toxic wasteland and had high levels of lead. The camps house Roma, who were forced to live there in light of the war between Serbia and ethnic Albanians, and immediately began experiencing health problems because of the camps’ toxicity. Despite these illnesses and deaths, and recommendations from human rights groups, the WHO and medical experts, the UN kept the Roma in these camps for over ten years. The panel’s recommendation of an apology and compensation has important parallels to the cholera case, which also involves UN negligence leading to unnecessary and prolonged illness and deaths.

Roma Poisoned at U.N. Camps in Kosovo May Get Apology and Compensation 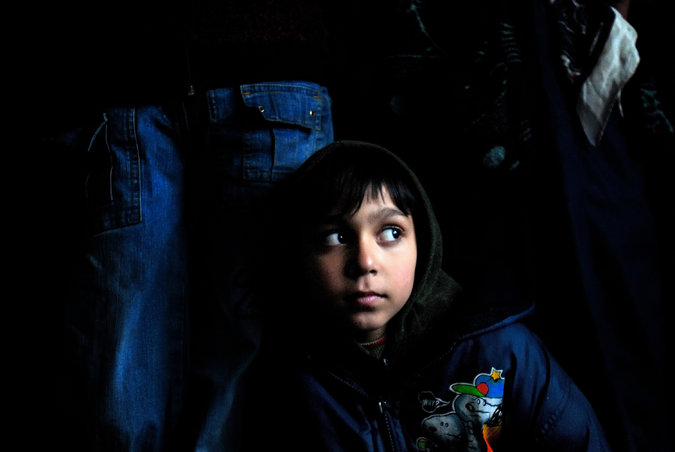 Hundreds of Roma families in Kosovo, who were forced to live for more than a decade in squalid United Nations camps built on toxic wasteland that leached lead and poisoned their children, have long become accustomed to frustration and despair.

Now the Roma, also known as Gypsies, may be close to receiving compensation — and a public apology — from the United Nations, which has not acknowledged any responsibility for the mass lead poisoning even as human rights groups and medical experts including the World Health Organization, a United Nations agency, repeatedly recommended immediate relocation of camp inhabitants. The camps were finally demolished in 2010, and the inhabitants were resettled elsewhere.

In an opinion dated Feb. 26 but not issued until this week, a human rights advisory panel that is part of the United Nations Interim Administration Mission in Kosovo, the peacekeeping operation known as Unmik, found that the mission had failed to protect the Roma families who had been moved into the camps after war broke out in 1998 between Serbia and ethnic Albanian separatists seeking an independent Kosovo.

The panel, which was created in 2006 to examine civilian complaints about Unmik, also found that the mission had acted negligently in leaving the Roma in the camps for years, even as the inhabitants were getting ill, sometimes fatally, from their poisonous surroundings.

“Consequently, the panel finds that, through its actions and omissions, Unmik was responsible for compromising irreversibly the life, health and development potential of the complainants that were born and grew as children in the camps,” the panel concluded in the 79-page opinion.

It urged the mission to acknowledge a “failure to comply with the applicable human rights standards in response to the adverse health condition caused by lead contamination” that had sickened the camp inhabitants, and to make a “public apology to them and their families.”

The opinion also urged “appropriate steps toward payment of adequate compensation,” without specifying how it should be calculated.

The advisory panel is not a court, and its findings are not binding. But its opinion, coming after protracted wrangling by lawyers and advocates for the Roma, was seen by them as a surprising victory against the United Nations, an organization that critics say does not often hold itself accountable for wrongdoing.

“The decision is the long-awaited morsel of justice for the hundreds of Kosovo Roma community members who were herded into lead-poisoned land after the war in 1999 and then abandoned for 10 years as Unmik ignored the pleas of the Roma,” said Dianne Post, an American lawyer who represents the camp inhabitants. Ms. Post, who spent years petitioning the United Nations for redress, said high levels of lead among camp residents had led to miscarriages, stillbirths, premature births and developmental disorders. “An entire generation of Roma children was lost,” she said.

Nick Birnback, a spokesman for the United Nations Departments of Peacekeeping Operations and Field Support, emphasized that the panel’s recommendations “are of an advisory nature.” He said they would be evaluated by Zahir Tanin, the Kosovo mission’s top official.

“He will carefully study the panel’s opinion and recommendations and will issue a decision in due course on all its aspects, according to established procedure,” Mr. Birnback said in a statement.

There is no dispute over the source of the health problems that afflicted the hundreds of Roma who were placed in three camps administered by the United Nations in the north part of Mitrovica, Kosovo, at the end of the war, when ethnic Albanians seized their homes.

All three camps were within 200 yards of enormous piles of industrial waste from a lead-smelting factory. Soon after the Roma moved in, many inhabitants, but especially older people, expectant mothers and children, began getting sick from contaminated soil and dust.

Paul Polansky, an American expert on the Roma who is a longtime resident of Serbia and has helped lead the advocacy for former camp residents, said more than 500 survivors could be affected by the Roma opinion, which he had not been expecting.

“I was absolutely surprised,” he said Thursday in a telephone interview. “My experience is that the U.N. doesn’t pay attention to anybody and they think they’re in a world of their own.”

Mr. Polansky, who helped produce a 2005 documentary about the poisonings, “Gypsy Blood,” said the news of the opinion had not yet spread among the camp survivors. “I don’t think the Roma will believe it,” he said. “We’ve always had promises and promises.”

The United Nations is facing other accountability problems related to its peacekeeping efforts, most notably a sexual abuse scandal involving accusations against peacekeepers in Africa and lawsuits over the spread of cholera in Haiti, which medical studies have linked to infected peacekeepers deployed there after the 2010 earthquake. The organization has refused to acknowledge the legitimacy of the cholera lawsuits, asserting that it has diplomatic immunity from them.

Advocates for the Haitian victims, who have been following the Roma dispute, said they saw important parallels.

“Although the specific facts of the cases are different, both ultimately concern situations where the U.N. knowingly and directly exposed the population they were meant to protect to abhorrent dangers to their health and life,” said Brian Concannon, executive director of the Institute for Justice & Democracy in Haiti, which is assisting in the lawsuits.

Mr. Concannon said the Roma opinion “drives home that the U.N. has an obligation to respond to the ongoing health emergency in Haiti by taking the swift and urgent action that the situation demands.”