Wednesday, the Senate Foreign Relations Committee had a hearing on United Nations accountability, particularly regarding sexual abuse by peacekeepers. Senator Bob Corker, the chair of the Committee made a strong statement  on the issue and even called UN Secretary General Ban Ki-moon inept, as it took the UN so long to start responding to sexual abuse allegations. For example, the UN General Assembly has only just begun to implement recommendations in a report on this issue that was published in 2005! 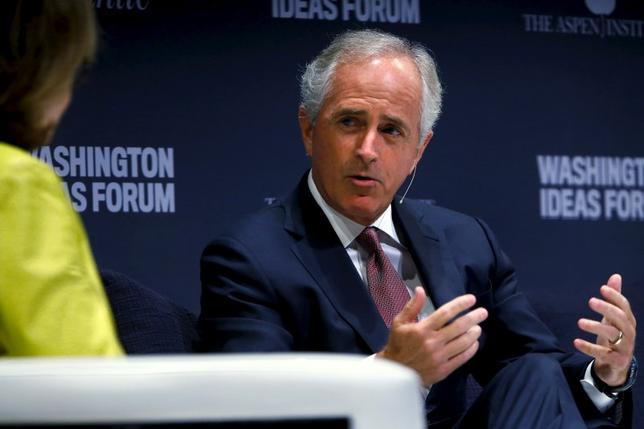 The criticism from Senator Bob Corker, a Republican who chairs the Senate Foreign Relations Committee, comes as candidates to replace Ban when he leaves the post at the end of the year after 10 years have been holding town hall meetings with diplomats from U.N. member states this week.

Ending U.N. peacekeeper abuse has been a major topic of discussion during the meetings at U.N. headquarters in light of a slew of rape allegations leveled against international peacekeepers in Central African Republic.

Corker asked a committee hearing on ending sexual abuse by U.N. peacekeepers why some recommendations included in a 2005 report on the problem to the U.N. General Assembly were only now being implemented.

“What is wrong with the secretary-general of the U.N.?” Corker asked at the hearing, which was broadcast live. “This report … the one that you refer to, is 10 years old.”

“How do we put up with such inept leadership at the United Nations?” he said, adding that he was “disgusted” by the abuse.

U.N. spokesman Stephane Dujarric said Ban was “determined to continue to shine a spotlight on the scourge of sexual exploitation and abuse by peacekeepers and hold those responsible accountable.”

“However, this is a fight that no one person can lead alone,” Dujarric added. “Member states are the only ones who have the power to swiftly bring to justice those who have committed crimes and to impose the strongest possible disciplinary and criminal sanctions.”

Ambassador Isobel Coleman, who oversees U.N. management and reform issues at the U.S. mission to the United Nations, said countries that contribute U.N. troops were often unwilling to hold those who commit abuses accountable.

“I don’t think it’s ineptitude,” Coleman said. “I think it is a reluctance to take on the opposition of troop contributing countries that don’t want to deal with this issue in the transparent way that it must be dealt with.”

She added that the United States was monitoring follow-up actions in troop-contributing countries to ensure people accused of sexual abuse are prosecuted.

Republicans are traditionally more critical of the United Nations than Democrats. The United States contributes 27 percent of the U.N.’s $8.3 billion peacekeeping budget.

Ban has pushed the U.N. to “name and shame” countries whose troops are accused of sexual abuse. Some 800 Congolese peacekeepers were repatriated earlier this year over alleged sex crimes.

In December, an independent review panel accused the United Nations and its agencies of grossly mishandling allegations of child sexual abuse by international peacekeepers in Central African Republic in 2013 and 2014.