As Haitians push for a verification process to ensure democratic elections, the international community pushes for elections to be completed as soon as possible. In this interview, a Haitian human rights activist discusses the elections issue, as well as the broader issue of MINUSTAH’s interests in Haiti. Camille Chalmers, the activist, describes MINUSTAH as an imperialist and colonizing force in the country and demands both compensation for MINUSTAH’s cholera victims, and a departure of these UN troops.

Part of the interview is below. Click HERE for the full text.

MINUSTAH is not a humanitarian mission; it is present in Haiti to achieve a re-colonization of the entire region. 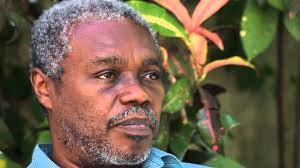 M.H.: Communication in Montevideo with the Haitian Human Rights activist, Camille Chalmers. I would like to know your comments on your country’s situation and what are your reasons for the visit to the Eastern Republic of Uruguay.

C.Ch.: We are going through a very difficult time in Haiti as a result of 12 years of occupation by the MINUSTAH forces, allegedly to maintain peace that has had a large negative effect.In this situation we are in the midst of an electoral crisis that led to popular movements of protest in Haiti against attempts to manipulate the election and block expression of a popular vote.

There have been two elections in 2015; the last on October 9 in which there was a democratic majority and reports and evaluations revealed they were totally fraudulent with gross manipulation, including cartoons of a ballot with only one candidate. This was because the second place winner refused to present himself considering it a total farce.