Haiti’s recent election, wrought with fraud and corruption, was a failure in upholding the integrity of the democratic process. The necessity of a re-election is undeniable but this leaves many questions unanswered: Who will oversee it, finance it, and be allowed onto the ballot? 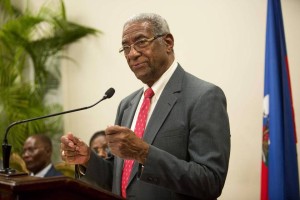 The handwriting was on the wall even before Haiti’s Independent Commission of Evaluation and Verification formalized its finding on Monday: The round of elections for president in October was so rife with fraud that a new vote is required.

The conclusion was inevitable. It concurs with the findings of many election observers and what has become the prevailing consensus in Haiti. Haitians were so skeptical of the outcome that gave first place to Jovenel Moïse and second to Jude Célestin that few would have had trust in any resulting government.

Even Mr. Célestin refused to take part in the January runoff, postponed at the last minute and leading to the creation of the inherently unstable interim government that rules Haiti today. Accepting the outcome of the October election would have been a prescription for even greater political dysfunction.

The commission’s 105-page report is persuasive, but it raises more questions than it answers.