The Moral Imperative of Responsibility

The apathy paid to responsibility by the UN concerning cholera in Haiti represents a breakdown in the international order. This denial is an example of a superiority above accountability that threatens the delicate agreement of treaties and understandings when it comes to supranational aid.

No Immunity from Cholera 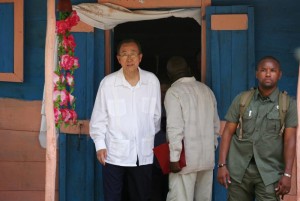 Pressure is mounting on the United States to push the United Nations to respond more effectively to the cholera epidemic that broke out in Haiti in the aftermath of the 2010 earthquake. The epidemic has reportedly killed at least 9,200 and, by some estimates, perhaps as many as three times that number. Hundreds of thousands more have been infected. And the devastation isn’t over; Haiti continues to struggle to contain a disease that it had not previously faced for over a century.

Evidence points to United Nations peacekeepers as the most likely source of the disease in Haiti. An expert panel commissioned by the United Nations itself pointed the finger at the “haphazard” disposal of human waste at a UN base close to the epicenter of the outbreak, near a tributary to Haiti’s largest river—the primary water source for tens of thousands of people. Most recently, news outlets reported that an internal UN memo stated that improper disposal of human waste was a widespread problem at other UN bases across Haiti as well.