Even After Cholera Epidemic, UN Continued Poor Sanitation In Other Countries Too

A recently-publicized audit revealed that years after causing the cholera epidemic in Haiti, the United Nations continued poor sanitation practices not just in Haiti but in other missions around the world. This, “despite the known risks and the lessons learned from Haiti, where at least 10,000 people have died from cholera and hundreds of thousands have been sickened.” The audits revealing these sanitation practices were found with some effort and it is unclear whether the problems were ever addressed in many of the missions. IJDH’s Beatrice Lindstrom comments on the gravity of this situation. 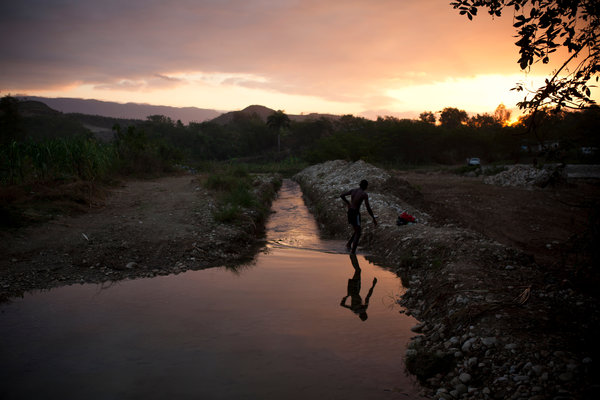 Years after medical studies linked the 2010 cholera outbreak in Haiti to infected United Nations peacekeepers, the organization’s auditors found that poor sanitation practices remained unaddressed not only in its Haitian mission but also in at least six others in Africa and the Middle East, a review of their findings shows.

The findings, in audits conducted by the United Nations Office of Internal Oversight Services in 2014 and 2015, appear to reflect the organization’s intent to avoid another public health crisis like cholera.

But the findings also provide some insight into how peacekeepers and their supervisors may have been either unaware of or lax about the need to enforce rigorous protocols for wastewater, sewage and hazardous waste disposal at United Nations missions — despite the known risks and the lessons learned from Haiti, where at least 10,000 people have died from cholera and hundreds of thousands have been sickened.

The United Nations acknowledged for the first time this week that it bore some responsibility for the Haiti disaster, after having repeatedly presented a public face of ignoring the incriminating evidence and invoking its diplomatic immunity from legal action. The acknowledgment came after one of organization’s special advisers on human rights issues, Philip Alston, in a confidential report about the cholera epidemic seen by The New York Times, called such a position “morally unconscionable, legally indefensible and politically self-defeating.”

The audits may illustrate a more systemic weakness of United Nations peacekeepers, the blue-helmeted soldiers who are supposed to protect the vulnerable and uphold high moral standards in the 16 missions they operate. They are not supposed to be public health risks.