Does UN Admission of Cholera Responsibility Signal a Shift in the Future Response?

For nearly six years, the United Nations lied about, covered up, and stonewalled regarding its involvement in the Haitian cholera epidemic. Now that several reports, including one from a UN adviser, have condemned the UN response, it appears that the UN is finally starting to shift its position. Perhaps it has something to do with Secretary General Ban Ki-moon’s term coming to an end, especially given the damage the cholera response has done to the UN’s reputation all over the world. Whether concrete action is really coming, though, remains to be seen.

The U.N.’s Cholera Admission and What Comes Next 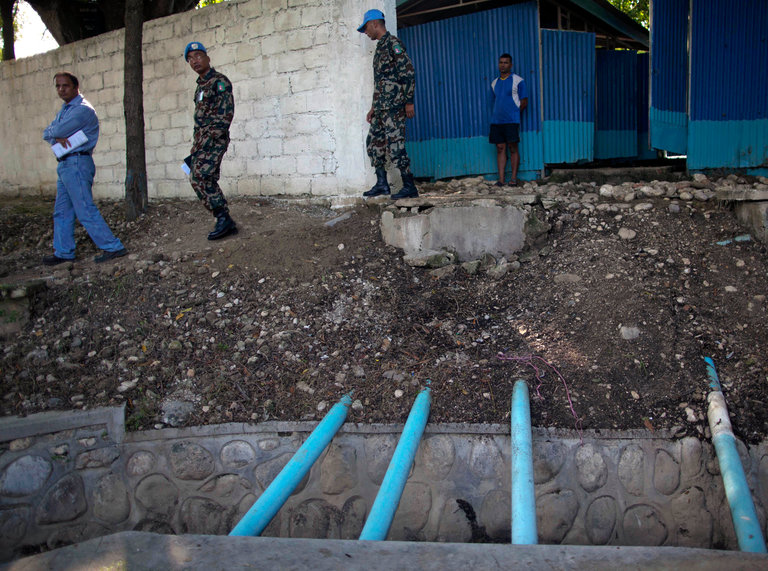 This week, a phrase came out of United Nations headquarters that I thought I would never hear. A spokesman for Secretary-General Ban Ki-moon referred to the organization’s “own involvement” in the 2010 outbreak of cholera in Haiti.

It may not seem like much from the outside, but in the context of those different but deeply linked places — the often-disrespected Caribbean nation and the U.N. headquarters on the East River in Midtown Manhattan that has controlled so much of Haiti’s recent history — the words were a tectonic shift.

Scientists and researchers have repeatedly found, with overwhelming consensus, that U.N. peacekeepers introduced the disease to Haiti for the first time ever recorded by knowingly allowing their infected feces to slough into the Meille River, which locals used for drinking, bathing and washing — in violation of the U.N’s own protocols and the most basic tenets of public health.

Yet for six years, as thousands — if not tens of thousands — of Haitians died painful, degrading deaths of dehydration from severe vomiting and diarrhea, the world’s most important international humanitarian organization destroyed evidence, dissembled and, when all else failed, stonewalled. Ban even promoted the head of the peacekeeping mission in Haiti at the time of the outbreak and initial cover-up to become his own personal chief of staff.