The UN has acknowledged its role in the cholera epidemic that began in Haiti in 2010.  Through scientific evidence, the case was made that the particular strain of cholera present now in Haiti came from Nepal, presumably with Nepalese peacekeepers.  The question remains: what could have been done to prevent this outbreak, and how can it be remedied now? 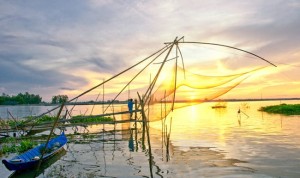 Together, the epidemiological and DNA sequence evidence made a solid case that the outbreak was imported from Nepal. Besides the moral and legal implications this conclusion may have for the UN, it also drives home the importance of taking precautionary measures to prevent future outbreaks.

Another study found that conventional measures such as diagnostic testing of personnel from cholera-endemic areas, vaccination, and chemoprophylaxis—the preemptive use of drugs to prevent disease—would have dramatically reduced the chances of introducing cholera to Haiti. In particular, chemoprophylaxis would have cut the probability of the outbreak by 91 percent—at the cost of less than US$1 per peacekeeper.

Now that the UN has admitted to a degree of culpability, will things change?