Haitians to be Deported After Grueling Trip to U.S.

After the 2010 earthquake, Haitians were welcomed into Brazil to find new opportunities. Now that the economy there is in a downturn, thousands have started coming to the U.S. to seek a better life. At first, border agents were allowing them to come in through Southern California. Now, the Obama administration has decided to tighten its immigration policies regarding Haitians  and deport most of those without visas as soon as they reach the border. Many of the people at risk of deportation have crossed through several countries–as many as nine–to reach the U.S., facing incredible obstacles and costs along the way. 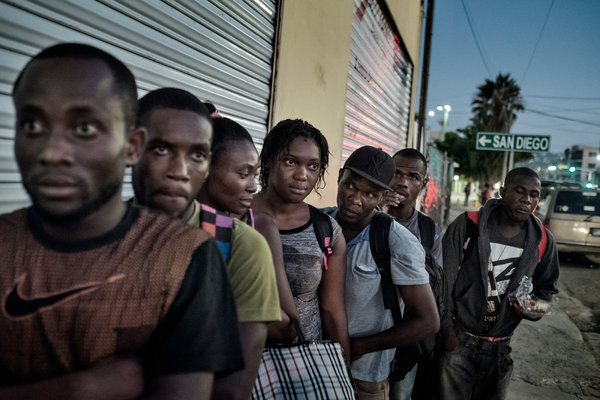 TIJUANA, Mexico — They passed the corpses of other migrants who had tried to cross the Americas. They were cheated by smugglers and fleeced by armed bandits, and they suffered long stretches of hunger.

Finally, after months of traveling across nine international borders, the Haitians made it to Tijuana, where thousands of their countrymen had already been allowed to enter the United States this year. All they had to do, they thought, was wait for their appointments with immigration officials and they, too, would be allowed on American soil.

Then, suddenly, they learned that their journey — and the hopes of thousands of others like them heading toward the American border — had most likely come to an abrupt, crushing end.

On Thursday, the Obama administration, in an effort to halt an extraordinary wave of Haitian migrants streaming to the United States, announced that it was tightening its immigration policy on Haitians. Those who appeared at the American border without visas would almost certainly be sent back to Haiti.

The unexpected change sowed deep disappointment and confusion among the hundreds of Haitians at the border who thought they were only days away from entering the United States. Thousands more are still on their way, risking their lives on a perilous trip, probably in vain.