In the aftermath of Hurricane Matthew, a renewed effort is needed in an attempt to combat the cholera outbreak that has affected Haiti since 2010.  A more comprehensive plan is needed, and the UN must act quickly.  Haiti has waited six years for the UN to take accountability for its involvement, and the assistance needed for dealing with this crisis is long overdue.

The Clock is Ticking for the U.N. in Haiti 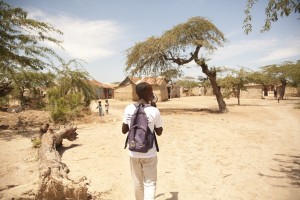 The clock is ticking for United Nations Secretary-General Ban Ki-moon to have a lasting positive impact on Haiti and to lift the stain on his legacy there. The U.N. was responsible for starting a deadly cholera epidemic in Haiti that has killed at least 10,000 people so far. Mr. Ban recently conceded this fact. If six years was too long to wait for an apology, then another day is too long to wait for the U.N. Secretariat to have action to follow their words in Haiti. After Hurricane Matthew, thousands more lives are now in danger here from this illness that results from drinking unsafe water, and that can kill in a few hours without treatment.

Cholera had never been known in Haiti before 2010, but U.N. soldiers inadvertently introduced the bacteria that causes the disease when their human waste was leaked or dumped into the country’s largest river. U.N. humanitarian staff have been working on prevention and control efforts, but they, the Haitian Ministry of Health, and other organizations, such as Partners In Health, have been woefully underfunded to deal with the problem. After six years of diminishing support, PIH’s cholera treatment facilities, built as temporary structures with emergency funding in 2010, are expected now to both have weathered the hurricane, and to deal with an expected surge of cholera cases.