Caribbean-American congresswoman Yvette Clarke (D-NY), has issued a statement accepting and celebrating Secretary General Ban Ki-moon’s apology to the Haitian people for the cholera epidemic that has plagued Haiti since 2010.  She now calls on the UN to fulfill their responsibility to the Haitian people. 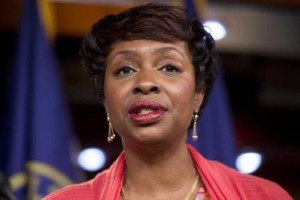 United Nations Secretary General Ban Ki-moon issued the apology earlier this week for the cholera epidemic that has killed more than 10,000 people in Haiti.

“Although the secretary general refused to explicitly admit fault for introducing cholera to Haiti, the United Nations Special Rapporteur on Human Rights and Extreme Poverty has clearly stated that cholera was introduced to Haiti by United Nations aid workers,” said Clarke, the daughter of Jamaican immigrants.

The representative for the predominantly Caribbean 9th Congressional District in Brooklyn said she agreed with the preponderance of scientific evidence that supports this conclusion.