Mere weeks before Haiti’s President-elect, Jovenel Moise, is to take office, he faces resurfacing claims of money laundering from the country’s Central Unit of Financial Intelligence. Moise denies the allegation, describing it as “a political maneuver” to challenge his legitimacy.

Part of the article is shown below. Click HERE for the full text. 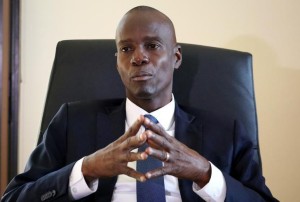 President-elect Jovenel Moise has pledged to stamp out corruption and strengthen Haiti’s legal institutions, but even before taking office on Feb. 7, he faces a government allegation of money laundering.

A political newcomer, Moise was declared winner of the long-delayed election on Jan. 3 for the Bald Heads Party of Haiti’s last elected president Michel Martelly, although opponents have said they will not accept his victory.

The Central Unit of Financial Intelligence (UCREF), a government institution, concluded in a report there were indications Moise had laundered money through a personal account he held with his wife.