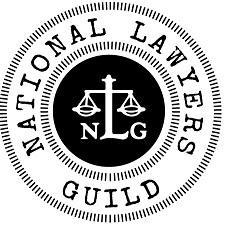 Haiti’s Unrepresentative Democracy: Disenfranchisement and Disillusionment in the November 20 Elections

After almost two years of an electoral crisis, Haitian voters returned to the polls on November 20, 2016, for a third time to elect a president, 16 senators and 25 deputies. The presidential election was a long-awaited rerun of the voided, fraudulent October 2015 elections. Procedurally, the November 20 vote was significantly better than the 2015 elections. But despite many improvements in security and electoral administration, Haitians largely stayed away from the polls. Official voter turnout was 21 percent (and as low as 17 percent according to some calculations), a disturbingly low figure that indicates the poor health of Haiti’s democracy today.

The November 20 elections faced a number of political, financial and logistical hurdles. The elections were organized by an interim government that lacked constitutional legitimacy and was tasked with re-establishing trust in the country’s discredited electoral institutions. The interim government’s decision to annul the fraudulent October 2015 presidential election was supported by the Haitian media, human rights organizations, most opposition political parties, and one of the two winning presidential candidates slated for run-off elections, among others. But the cancellation was vigorously contested by the other winning candidate and the international community. The United States and other leading countries in the international community questioned the validity of the decision and cut funding to the electoral process.  The interim government announced it would finance the elections from its own internal revenues, a step that many Haitians applauded as a showing of greater autonomy.

Perhaps the biggest hurdle of all was Hurricane Matthew, which forced yet another postponement a few days before the elections were scheduled to happen on October 9, 2016. The storm destroyed 284 voting centers and washed out many roads. Serious doubts about the preparedness of the country, particularly the devastated South and South West Departments, remained until election day. In such a context, the fact that the November 20 elections happened at all was an accomplishment.

According to election observers, election day was marked by some irregularities and fraud attempts but relatively devoid of disruptions, violence or widespread fraud. Glaring deficiencies in Haiti’s electoral system revealed by the October 2015 vote – such as the lack of safeguards against multiple voting using political party or observer accreditations – were corrected. Well-trained polling station workers, higher-quality electoral materials and a more manageable number of political party monitors were other notable positive changes. In the hurricane-affected areas of the south, citizens were able to go to the polls in most places despite the devastation after the government made emergency road repairs and distributed tents for use as makeshift voting centers.

A large (but hard-to-quantify) number of Haitians did not vote on November 20, not because they did not want to, but because they were unable due to difficulties in obtaining electoral cards, registering to vote and finding their names on electoral lists. Enduring problems with Haiti’s civil registry and the organization responsible for managing it disenfranchised many would-be voters, particularly among the poor and in rural communities. Deficiencies with the civil registry also opened the door to fraud via trafficked identity cards.

Preliminary results were announced on November 28, placing Jovenel Moise of PHTK in first with 55.67 percent of the vote and Jude Celestin of LAPEH in second with 19.52 percent. Several parties requested verification of the November 20 vote based on the possibilities of National Identification Card (CIN) fraud and observations that the tabulation center had accepted votes cast using a fraudulent CIN.  Verification was ordered, but the contesting parties and human rights observers boycotted the review citing the review panel’s failure to follow electoral procedures and lack of transparency.  When the final results were announced on January 3, confirming the preliminary results, many voters had lingering doubts about the results’ veracity.

The November 20 elections are indicative of a profound crisis in Haiti’s electoral system. Following the 1986 overthrow of the Duvalier dictatorship, political participation in general elections was consistently high. Voter turnout in the presidential elections of 1990 and 2000 was 50 percent and 60 percent, respectively.[1] Following the 2004 coup d’état against President Jean-Bertrand Aristide, participation began to decline; the November 20, 2016 turnout represented the lowest in Haiti’s history.[2] After the high hopes of the post-Duvalier years, electoral violence, vote-rigging, disenfranchisement, and repeated foreign interventions have bred a deep disillusionment with democracy.

Paradoxically, falling participation rates have occurred alongside massive investments by the international community in Haiti’s electoral apparatus. The millions spent by the U.S. and other Core Group countries on democracy promotion programs in the post-Aristide era have produced an electoral system that is weaker, less trusted and more exclusionary than what came before.

The November 20 elections, in addition to long-overdue commune and municipal elections held on January 29, 2017, have helped Haiti to return to a constitutional government after a several year hiatus.  While Haiti may obtain some much-needed political stability in the short term, a president elected by less than 10 percent of eligible voters faces serious limits to his popular mandate. Even more serious questions remain about the democratic credentials of many senators and deputies, who owe their seats more to the violence, disruptions and fraud of the 2015 elections that put them into office than to the will of Haitian voters. The incoming government, political parties, and the international community are encouraged to take corrective measures to gain the popular trust of the electoral system and improve voter participation, which will allow for a fully democratic mandate of elected officials.

[1] National Lawyers Guild, International Association of Democratic Lawyers, Report of the National Lawyers Guild and Association of Democratic Lawyers Delegation on the October 25, 2015, Presidential and Legislative Elections in Haiti 4 (Nov. 2015) available at https://www.nlg.org/nlg-and-iadl-election-observers-establish-flaws-in-haitis-october-25-vote-call-for-independent-investigation/.