President Jovenel Moise was sworn in to office, filling a void left by a delayed electoral process. In his inaugural address, Moise reaffirmed his commitment to economic development and supporting the diaspora community. However, Moise’s ascension to power is accompanied by many inherited long-term challenges facing the country, including the devastating impacts of the recent Hurricane Matthew and the 2010 earthquake, poverty, and decelerating economic growth.

The article is shown below in its entirety. Click HERE for the original article. 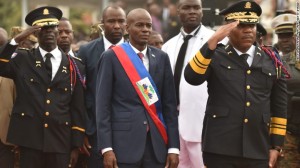 It took almost a year, but Haiti’s new President has finally been sworn in.

Jovenel Moise inherits a government still reeling from an electoral crisis that had left the presidency vacant since early 2016 — but during Tuesday’s inauguration he vowed to uplift a nation devastated by earthquakes, poverty and a history of elections marred by unrest.

“Together, we are going to carry out the national project to develop the country. As you all know, agriculture is my priority. You all know this, I have just said it. Agriculture needs to be modernized so as to give work to youth, women and men from the country,” Moise said at the presidential palace in the capital of Port-au-Prince, Reuters reported. 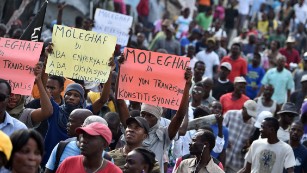 The banana exporter, who has never held political office, was declared the winner in January of an election initially held in 2015. Yet allegations of voter fraud led to a presidential runoff that was postponed twice over what authorities called threats and “security concerns.”

Moise succeeds Michel Martelly, who left office in February 2016 at the end of his constitutional mandate. Without an elected successor, lawmakers chose Jocelerme Privert, the former head of Parliament, as the interim President — and a transitional government led the country up until Moise’s first day in office.

Moise, 48, is the country’s 58th president and has pledged to create thousands of jobs by stimulating the textile industry and providing duty-free preferences for certain manufactured goods.

According to the World Bank, Haiti’s economic growth continues to “decelerate due to lower investments, uncertain political environment and a modest recovery of the agricultural sector after a severe drought.”

The Caribbean nation is also still recovering from October’s devastation of Hurricane Matthew, which killed up to 1,000 people and left 1.4 million in need of humanitarian assistance. And with a population of about 10.6 million people, the country still bears the impact of the 2010 earthquake that killed between 220,000 and 316,000 people. 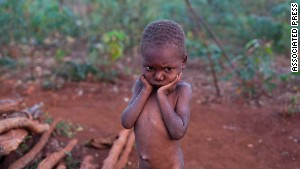 Last year, the United Nations acknowledged its role in a cholera outbreak in 2010 that killed at least 10,000 people. In the seven years since the 7.0 magnitude quake, longer term economic development has been a campaigning point for leaders such as Moise.

A history of leadership woes

Moise’s new chapter as President ends a prolonged electoral process that had created a power gap since last year, but political unrest has been a constant since Haiti’s independence in 1804.

The United States occupied the country from 1915-1934. From 1946, Haiti’s military took control of the government. In 1957, François “Papa Doc” Duvalier was elected President, and in 1964 he declared himself President for life. His son, Jean-Claude “Baby Doc,” succeeded him after his death in 1971, but the younger Duvalier fled the country after a revolt in 1986. What followed was 30 years of ousted leaders, coups and US intervention.

Moise supporters hope the country’s fortunes will improve. His next task will be to appoint a prime minister.