After confirmation by the Haitian Senate and Chamber of Deputies, physician Guy Lafontant rose to second-in-command in the Haitian government. As the new Prime Minister, he urged the country to unite and build bridges between polarized, unequal and marginalized communities. Lafontant also stressed the importance of major reforms, and, like President Jovenel Moise, he committed the new administration to prioritizing agricultural investments. 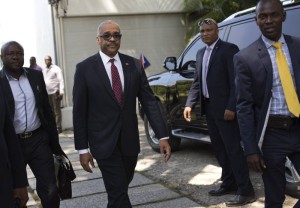 Haiti’s new prime minister on Tuesday urged this deeply polarized country to bridge divisions, and he vowed to bring steady advances even while acknowledging that the struggling nation has no shortage of accelerating problems.

Dr. Jack Guy Lafontant, a physician and political outsider approved as Haiti’s No. 2 official after clearing a final parliamentary hurdle early in the day, took the oath of office in front of politicians and dignitaries on the grounds of the national palace.

“Time is serious and the legacy is heavy. I inherited the prime minister’s job at a time when inflation is rampant, the depreciation of the (Haitian) gourd is accelerating, and where agriculture, the main backbone of our economy, continues to lose its competitiveness,” Lafontant said.