In December 2016, after six years of trying to avoid blame for the cholera epidemic it brought to Haiti in 2010, the United Nations apologized for its role and announced a $00 million New Approach to dealing with cholera. Months later, the fund has only raised about $2 million – from voluntary contributions from South Korea, France Chile, India and Liechtenstein. It is now up to a new Secretary-General, Antonio Guterres, to make sure the New Approach continues.  He “needs to use every bit of skill and good will to compel and cajole member nations and philanthropies to make the cholera campaign succeed — and with it, to settle the United Nations’ moral debt to Haiti.”

Part of the editorial is below. Click HERE for the full text.

U.N. Accepts Blame but Dodges the Bill in Haiti

Editorial Board, The New York Times 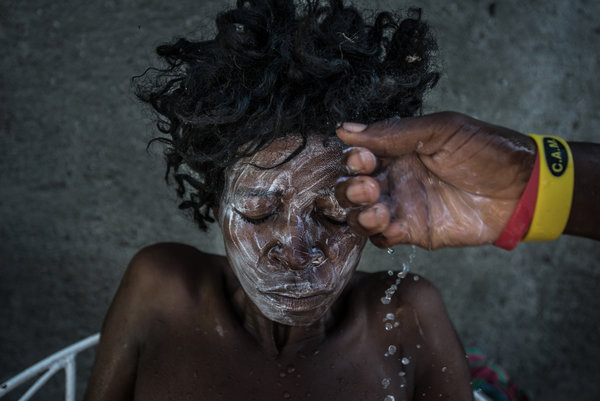 Today’s lesson in evading moral responsibility comes to us from the United Nations. The organization says it is terribly concerned about the cholera epidemic in Haiti and wishes to eliminate it. But it has not figured out when and how this is going to happen, and with what money.

The “who” and “why” are well known. The United Nations has the duty to end the cholera crisis because the United Nations caused it. The disease was unknown in modern Haiti until peacekeepers, from Nepal, introduced it. They let their raw sewage flow into a river that people use for drinking water. That was in 2010. Cholera has since killed more than 9,000 Haitians and sickened 800,000 others.

The United Nations has spent nearly all that time trying to avoid blame. Only last December did it apologize and promise to make things right. The secretary-general at the time, Ban Ki-moon, promised strenuous efforts, called the “New Approach,” to eradicate cholera from the country.