The apology from former UN Secretary-General Ban Ki-moon and announcement of the “New Approach” to combat cholera in Haiti raised hopes that justice would be done in response to the horrific outbreak, which was brought to the country by Nepalese peacekeepers. However, the reality sends quite a different message; the UN has raised only a fraction of the promised, and necessary, funds. Current political contexts deemphasizing foreign aid, uncertainty over effective UN policies and donor fatigue have contributed to the fundraising failure. However, the time is past for excuses, and those affected by the deadly outbreak deserve more than empty promises from the UN.

Click HERE to read IJDH and BAI’s letter to the UN Secretary-General.

After Bringing Cholera to Haiti, U.N. Can’t Raise Money to Fight It 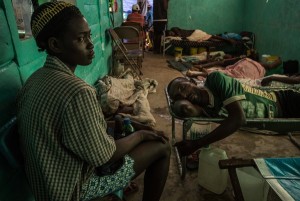 When the leader of the United Nations apologized to Haitians for the choleraepidemic that has ravaged their country for more than six years — caused by infected peacekeepers sent to protect them — he proclaimed a “moral responsibility” to make things right.

The apology, announced in December along with a $400 million strategy to combat the epidemic and “provide material assistance and support” for victims, amounted to a rare public act of contrition by the United Nations. Under its secretary general at the time, Ban Ki-moon, the organization had resisted any acceptance of blame for the epidemic, one of the worst cholera outbreaks in modern times.

Since then, however, the United Nations’ strategy to fight the epidemic, which it calls the “New Approach,” has failed to gain traction. A trust fund created to help finance the strategy has only about $2 million, according to the latest data on its website. Just six of the 193 member states — Britain, Chile, France, India, Liechtenstein and South Korea — have donated.

Other countries have provided additional sources of anti-cholera funding for Haitioutside the trust fund, most notably Canada, at about $4.6 million, and Japan, at $2.6 million, according to the United Nations. Nonetheless, the totals received are a fraction of what Mr. Ban envisioned.