Last month, three plaintiffs sued former Haitian mayor Jean Morose Viliena for human rights violations in Haiti, including an attack on a radio station that caused one of them, Nissage Martyr, to have a leg amputated. Viliena was appointed mayor of Les Irois by ex-president Michel Martelly despite an open case against him in Haitian courts. Now that a case has been opened against Viliena in U.S. courts, and an investigation is underway for the mysterious death of Martyr after the suit was filed, many are looking to see whether the new Haitian president will continue this pattern of impunity.

Haiti’s Violent Politics Are Taken to Court. In Boston 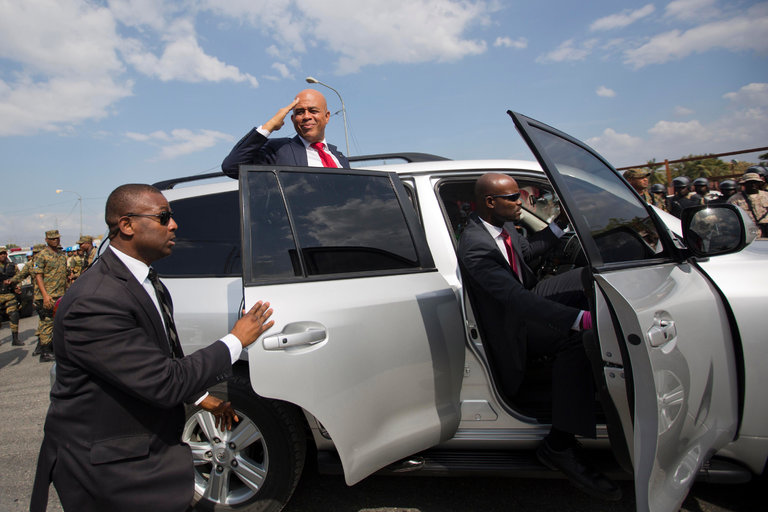 A mysterious death, a decade-old murder and a human rights lawsuit in federal court in Boston are casting a light on the patronage politics of Haiti and its culture of impunity.

The lawsuit stems from a 2008 attack on a radio station run by a local government opposition party in Les Irois, Haiti, in which one man was left blind in one eye and another, Nissage Martyr, lost his leg. The suit also accused the mayor there of orchestrating a murder in the middle of a street and ordering thugs to burn down an entire community.

In an interview in late March, Mr. Martyr said that during the raid, the mayor, Jean M. Viliena, had put a foot on his chest and a 9-millimeter handgun to his ear, beaten him and ordered someone else to shoot. The gunshot wound led to the loss of his leg.

Mr. Viliena was indicted in the attack, but was released from jail and fled Haiti, moving to suburban Boston, where he became a school bus driver and drove for Uber.